How to Know if a Police Shooting Is Police Brutality 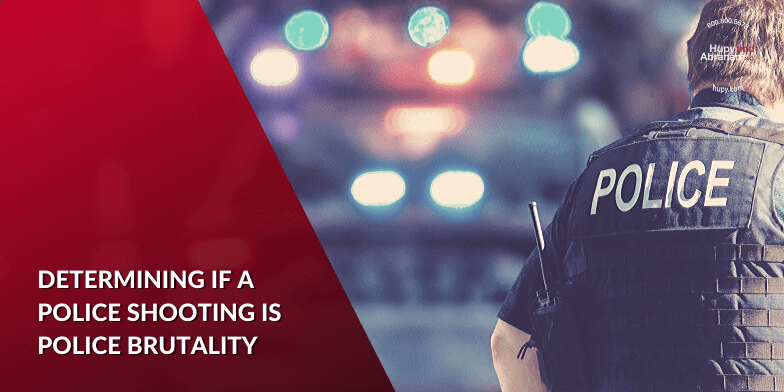 State Police and local law enforcement officers carry guns with good reason. The officers are trained to use their firearms to protect public safety when other less forceful methods of protecting the public fail. It is never a good thing when an officer needs to use a gun, but it may be a necessary shooting.

Was the Shooting Police Brutality?

That is the question that must be answered by the person who was shot or that person’s survivors. To determine whether an officer shooting was police brutality, the following questions must be answered:

If you can prove that the officer used excessive force and caused your injury or caused your loved one’s death, then you can pursue a police brutality lawsuit.

Call a Police Brutality Lawyer for a Free Consultation

Police officers who follow the rules are respected members of our society. They perform essential jobs, and they often have to make tough decisions in confusing or chaotic situations. To prove that a police officer's use of the gun was excessive force, you are going to have to provide compelling evidence and convincing legal arguments to the court.

You don’t have to go up against the police department on your own, however. Instead, you have the right to work with experienced and dedicated Illinois police brutality lawyers who know how to gather the right evidence, conduct complete investigations and protect the rights of people who are hurt by police brutality. We will look at all video footage, talk to witnesses, and analyze other relevant evidence to find out exactly what happened and why it happened.

Even if you were the victim of police brutality, it is difficult to make a fair recovery against a police officer. However, our legal team won’t back down until you make a fair recovery for all of your past and future healthcare expenses, lost income, out-of-pocket costs, physical pain, emotional suffering, and any other damages that you suffer because of the police officer’s wrongful actions. If appropriate, we will also fight for punitive damages if the officer’s conduct was shocking or unusually excessive. The purpose of punitive damages is to punish the officer, but the result would be to add to your award of damages.

The lawyers of Hupy and Abraham understand how seriously a police shooting injury impacts your life, and we are here to help you through this difficult time. Call us today for a free, no-obligation consultation and to learn about our Win or It’s Free Guarantee. We would be happy to meet with you at your home, hospital room, or in our Bloomington, Gurnee, or Rockford Illinois office.

Protect Your Rights After an IL Stop and Frisk or Strip Search Incident
How to Know if a Police Shooting Is Police Brutality
Police Brutality Wrongful Death Lawsuits in Illinois
Illinois Prisoners Should Live Free From Prison Abuse and Neglect
Can a Taser Injury Be Caused by Police Brutality?
Win or it is Free Guarantee