Who Will Pay for Your Truck Accident Injuries When a Trucker’s Health Issue Caused Your Crash? 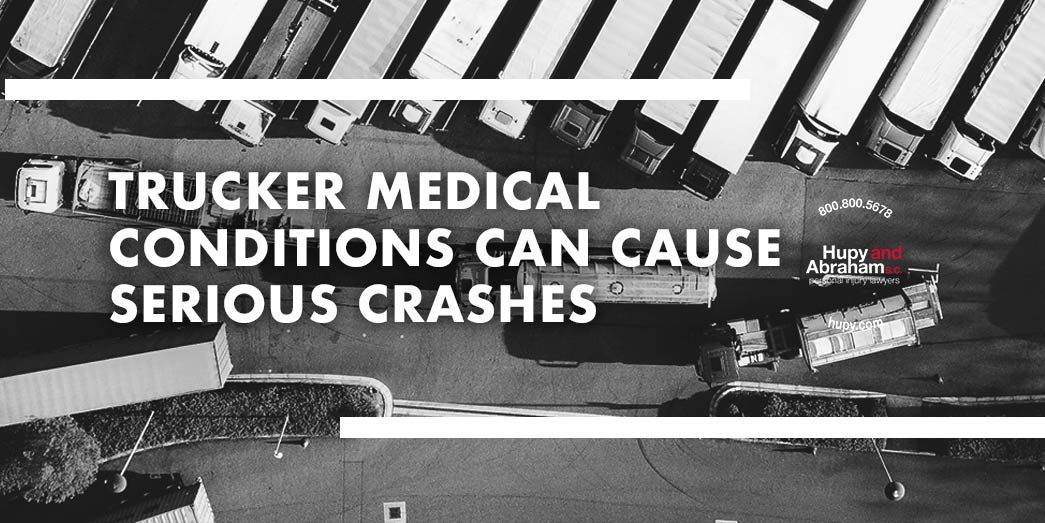 Imagine what would happen if a trucker suffered a medical emergency while driving a large truck. The trucker could lose control of the vehicle and cause a catastrophic truck collision that hurts or kills not only the trucker but also other motorists and passengers who are close by.

In order to prevent this kind of crash, the United States Department of Transportation requires that commercial drivers have a physical examination by a licensed medical examiner at least as often as every two years, but potentially more frequently at the discretion of the medical examiner.

What Is the Medical Examiner Looking For After A Truck Accident?

These conditions will not always prevent a trucker from driving, but they will be relevant to the medical examiner’s finding of fitness.

Were You Hurt by a Trucker Suffering a Medical Emergency?

An investigation will need to be done to determine who is liable for the accident that resulted in your injuries. The potential defendants in your truck accident case could include:

If you've been injured in a truck accident you need to speak with an experienced truck accident attorney as soon as possible. Contact us online or call us directly at 800.800.5678 to schedule a free consultation.