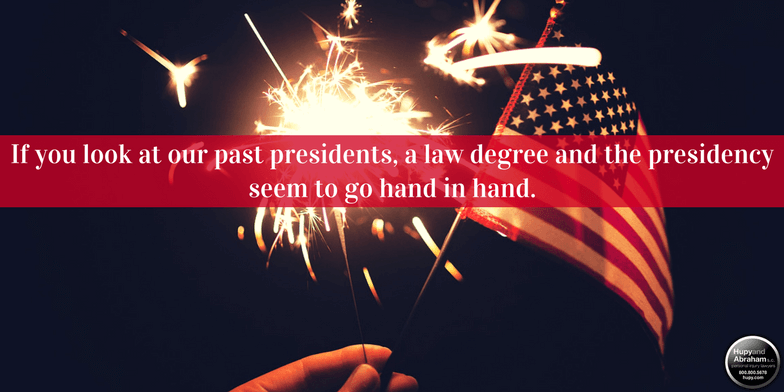 This year, Presidents Day falls on Monday, February 20, one month after the 2017 inauguration. It is the day that we recognize the 44 presidents who have led the United States and remember their contributions to history. But before they became president, many of these men made their start in public service by practicing law.

If you look at our past presidents, a law degree and the presidency seem to go hand in hand. They all come from different backgrounds but notably, 25 of the 45 presidents were lawyers, including Thomas Jefferson, Abraham Lincoln, Franklin Roosevelt, Bill Clinton and Barack Obama, just to name a few.

As these men left their own unique mark on history, we’d like to share a few interesting facts about some of our previous lawyer-presidents.

Five Interesting Facts about Our Lawyer-Presidents:

So, will a law degree make you President of the United States?  You never know!

Happy Presidents Day from all of us at Hupy and Abraham.