What Evidence Should You Gather at the Scene of Your Car Crash? 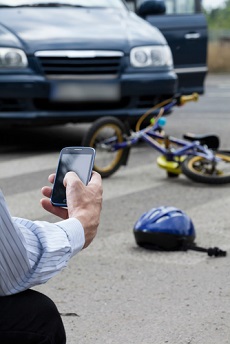 Your health and safety—and the health and safety of everyone else involved in the crash—should be your first priority after an accident. There will be times when your injuries will be too significant for you to do anything other than wait for an ambulance at the scene of an accident, and that’s okay.

However, some crashes result in less serious injuries and you may be able to collect important evidence at the accident scene that could later help your legal recovery.

Nine Things to Look For

At the moment of impact, you think that all the details of the accident are indelibly etched in your memory. However, memories always fade over time, even under the best circumstances. Thus, it is important to preserve evidence, to the extent that you are able to do so. Some of the things that you should be aware of at the scene of an accident include:

Whenever possible, take pictures from different angles and from varying distances. Try to capture both a general impression of the accident scene and particular details (especially of damage inflicted).

For more information about what to do with this evidence and how to protect your rights after a car crash, please read our FREE book, The Ultimate Guide for Automobile Accident Victims, or contact us directly via this website today.