Attorney Michael F. Hupy Recognized as 2013 “Leader in the Law”

The Wisconsin Law Journal has named Attorney Michael F. Hupy as one of its 2013 ”Leaders in the Law” due to his outstanding leadership, vision, legal expertise and integrity.

Close to 400 people gathered at the Pfister Hotel in Milwaukee, to celebrate the Wisconsin Law Journal’s 2013 Leaders in the Law.  The program recognizes people, like Attorney Hupy, who are making a difference in Wisconsin’s legal community.

Attorney Hupy has taken a lead role in giving back to the community and has been given numerous awards for his tireless commitment to philanthropy.  In 2011, Attorney Hupy pledged $100,000 to the building of Ray and Kay Eckstein Hall at Marquette University.  In 2012, he was the only lawyer who pledged $100,000 to the Milwaukee Justice Center (MJC) at the Milwaukee Courthouse, of which he is a founding member, to provide legal services to those who cannot afford a lawyer.  Attorney Hupy has proudly supported educational efforts through scholarship contributions of more than $100,000 to local children including a $10,000 annual contribution to the NAACP.  He is also a sponsor of and has donated to the Wounded Warrior Project.  Attorney Hupy has started his own program where every month he sends a check to a family as a way to support our nation’s soldiers.  In 2012, the firm donated over $200,000 to more than 100 community organizations.

Jim Temmer, executive director of the Milwaukee Bar Association, said Hupy has been a tireless supporter of the Milwaukee Justice Center, which the bar runs.  “When he became aware of our needs, he immediately stepped up and helped out,” Temmer said.  “He made a very generous financial donation and has supported us in so many other ways as well.  The MJC would not be where we are today without Michael’s support.”

Attorney Michael F. Hupy is a graduate of Marquette University Law School and practices personal injury law.  He has tried and settled numerous million-dollar personal injury cases, including the largest verdict at the time in a slip and fall case in Wisconsin's history - $9.5 Million.  Attorney Hupy is a Certified Civil Trial Specialist by the National Board of Trial Advocacy, has held the highest rating in Martindale-Hubbell and for over 15 years, has been included in the Bar Register of Preeminent Lawyers.  He is past President of the Wisconsin Association of Criminal Defense Lawyers, a member of the National Trial Lawyers, the Association of Trial Lawyers of America, a former member of the Wisconsin Academy of Trial Lawyers Board of Directors, a member of the Multi-Million Dollar Advocates Forum, and was selected for inclusion in the first list of Super Lawyers in Wisconsin.  Attorney Hupy is licensed in Wisconsin, Illinois and Iowa.  He is an author and lecturer in trial practice, practicing exclusively in the area of personal injury law.

Attorney Hupy was chosen to the 2013 distinguished “Leader in the Law” class of honorees from nominations submitted by his peers. 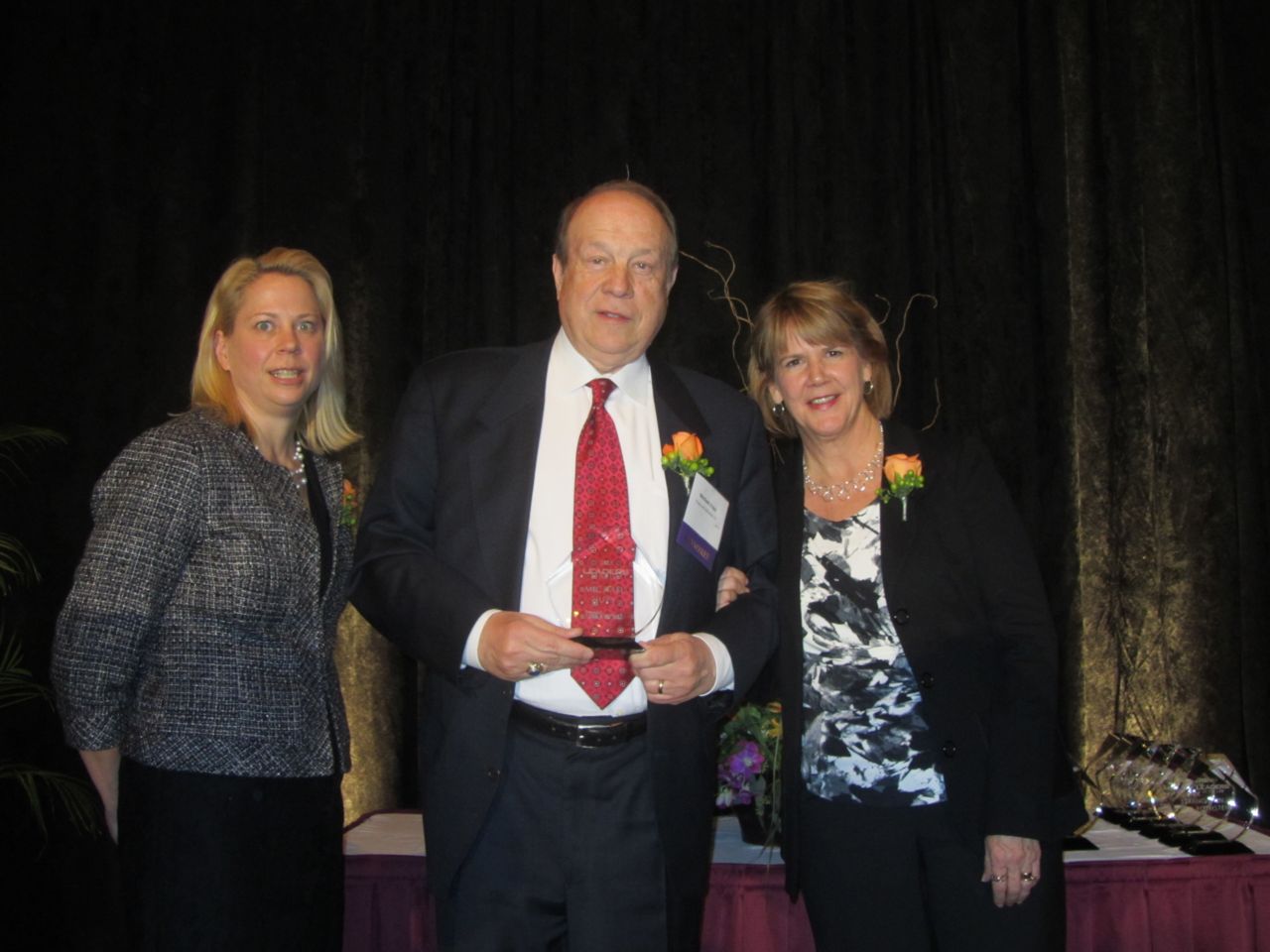 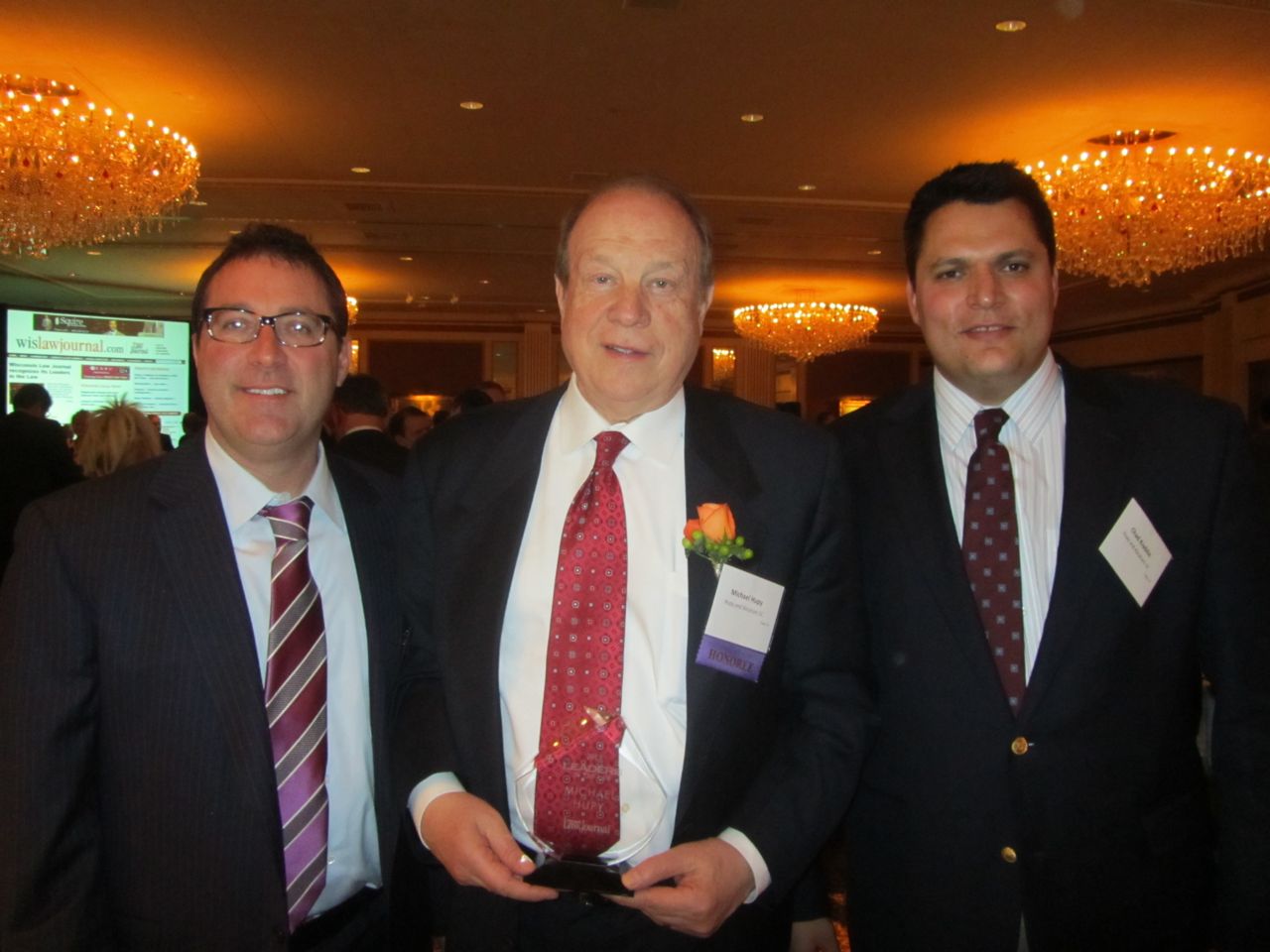