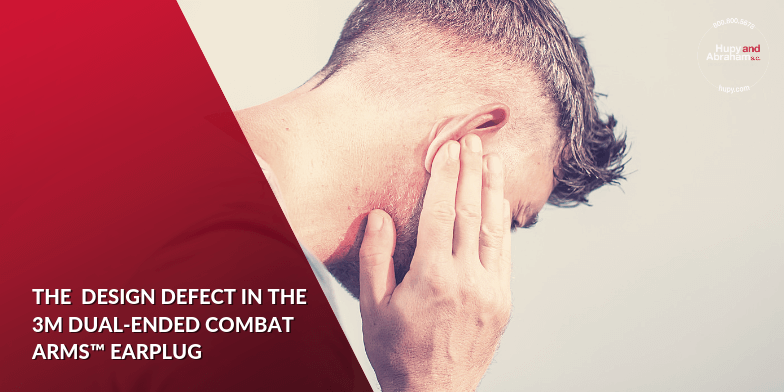 For more than a decade, many United States servicemembers were routinely issued 3M Dual-ended Combat Arms™ earplugs to protect them from dangerously loud noises. Unfortunately, the earplugs were defective, and they did not work as the United States government expected them to work. This left many U.S. military personnel with ear injuries that resulted in tinnitus or hearing loss.

Generally, companies are responsible for injuries that result from design defects, manufacturing defects, or warning defects. A design defect—such as the one that reportedly occurred with 3M Dual-ended Combat Arms™ earplugs—occurs when there is a problem, or defect, with the plan to produce the product. In other words, even if the earplugs were made according to the manufacturer’s specifications, they would still be defective because of an inherent flaw in the earplugs design.

3M Agrees to $9.1 Million Settlement With Department of Justice

In July 2018, 3M agreed to pay the government $9.1 million to resolve allegations that the company “…knowingly sold the dual-ended Combat Arms Earplugs, Version 2 (CAEv2) to the United States military without disclosing defects that hampered the effectiveness of the hearing protection device.”

The whistleblower case alleged that 3M and the company that previously made the Dual-ended Combat Arms™ Earplugs knew that the earplugs were too short to protect some people and that the companies failed to tell the United States military of this design defect.

While the case resolved the design defect allegations brought by the whistleblower, the issue of liability was not decided and 3M did not admit fault. Instead, the financial award was made pursuant to the False Claims Act, and 3M paid the government and the whistleblower because it allegedly submitted false claims for government payment when it supplied defective earplugs to the military.

Protect Your Rights After a 3M Earplug Injury

If you served in Iraq or Afghanistan between 2003 and 2015 and you developed tinnitus or hearing loss even though you wore your government-issued earplugs, then you should speak to an experienced injury lawyer about your rights.

Veterans disability benefits may only pay you a fraction of what you could recover in a lawsuit against 3M.

You served your country honorably, and the United States thought it was protecting your hearing with the earplugs that it purchased for you. The company that knowingly sold the military defective earplugs should be held accountable for the serious injuries that it caused you, and all companies that do business with the U.S. military should be on notice that they must provide reasonably safe products for our servicemembers.

If you pursue a claim against 3M, then you may recover significant damages for your past, current, and future healthcare costs, lost income, out-of-pocket expenses, physical pain, emotional suffering, and other damages.

We invite you to contact our Iowa attorneys today to:

Call us, or start an online chat now, to schedule your first meeting in our Cedar Rapids, Des Moines, or Davenport office or to have one of our lawyers come to you.