I have great respect for police and I’m hesitant to file a police brutality case even though I’ve been hurt. Why should I do it? 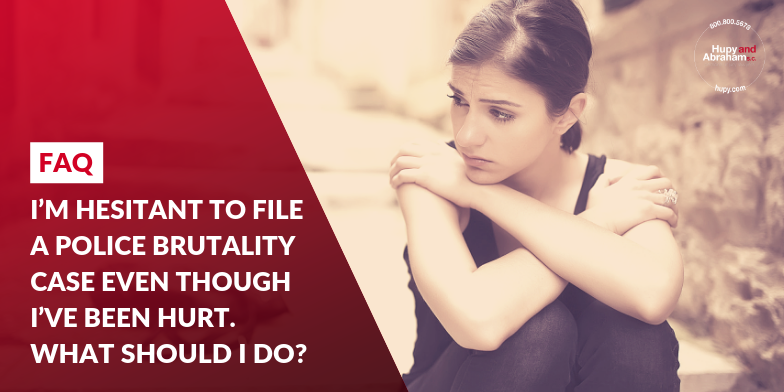 It is possible to respect the police and to pursue a police brutality case. We admire the hard work that many police officers do every single day to keep our community safe. Yet, we still believe that police officers who cause injuries or deaths by using excessive and unreasonable force should be held accountable for their actions. More importantly, we believe that the people who have been injured by police brutality should not have to pay for their own injuries or losses.

Most police officers enter the profession for noble reasons. They want to enforce the laws and protect people—they do not support the police officers who abuse their power and put people in harm’s way by using excessive force.

It is nice of you to consider the effect that your police brutality case may have on other police officers and your community. However, it is also important to think about yourself. You have been injured because a police officer did the wrong thing and used unreasonable force against you. You deserve fair compensation for all of your injuries, including but not limited to past and future:

To learn more about the pros and cons of pursuing a police brutality claim, please call our experienced police brutality lawyers today for a free, no-obligation consultation. We are available any time via text, phone, or email and we would be pleased to meet with you in any of our Illinois offices or in a location that is convenient for you.