How do police officers know if a driver is under the influence of marijuana? 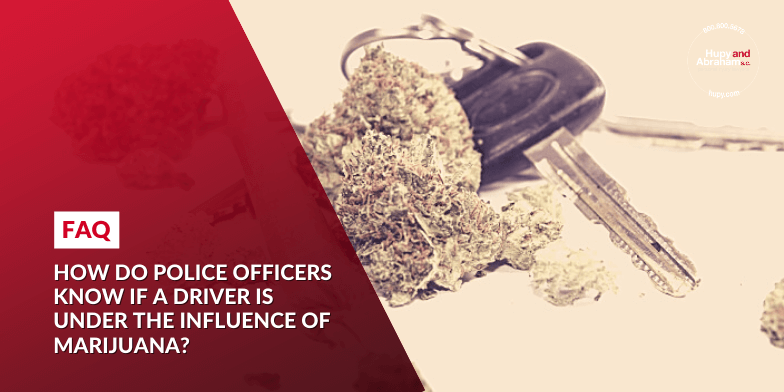 However, testing for the two substances is significantly different. Police officers can quickly administer accurate breathalyzer tests to measure the amount of alcohol in a driver’s blood. Currently, there is no similar test that can provide consistently reliable results for marijuana or other drugs, though research continues and tests may become available.

It Is Still Possible to Test for Marijuana Now

If a driver appears impaired and passes a breathalyzer test, then officers who are trained in drug recognition may assess a driver at the accident scene. Police officers with the right training may:

A police officer who has reasonable suspicion that a driver may be under the influence of marijuana may take the driver to the hospital or the police station for a blood draw. Marijuana doesn’t appear in the bloodstream as alcohol does, but a blood draw could provide useful information about the cause of the crash.

What Happens If You’re Hurt in a Crash

If you’ve been hurt in an Illinois accident, then your experienced Illinois accident lawyer will look at all possible causes of your crash. After reviewing the police report and hearing your account of the accident, your lawyer may suggest gathering more information from the other driver under oath. Additionally, your lawyer may suggest getting information from accident witnesses or people who were with the driver in the hours before the crash.

Who decides who is at fault for an Illinois car accident and how much they owe?
What is an excluded driver?
Which Illinois counties have the worst speeding problem?
I was unemployed at the time of my auto accident. Can I still recover lost income in a car crash case?
Who's at fault for an Illinois Uber pedestrian crash?
Are some Rockford roads more crowded than others?
Are some roads busier than others in Gurnee?
Win or it is Free Guarantee