Will Legalized Marijuana Create a Danger on Illinois Roads? 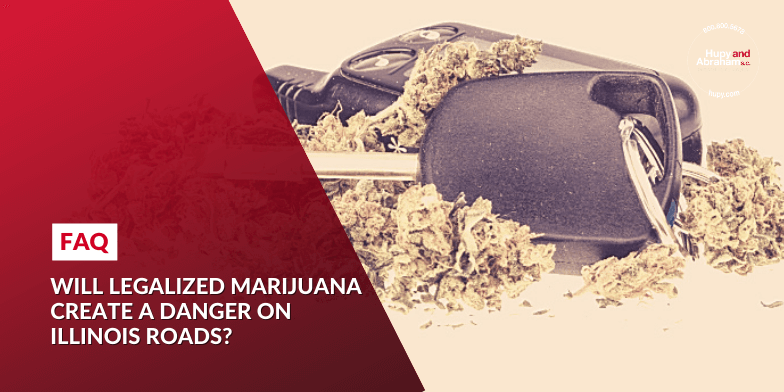 On January 1, 2020, Illinois became the 11th state in the nation to legalize recreational marijuana. The Cannabis Regulation and Taxation Act allows Illinois residents who are 21 or older to buy up to 30 grams of cannabis flower, edibles totaling 500 mg or less of THC, and five grams of concentrated THC products. Visitors to our state who are over the age of 21 may purchase half the amount set for Illinois residents.

While many different groups support the Illinois marijuana law, law enforcement has some concerns. Specifically, police officers are worried that the new law doesn’t provide the police with enough resources to stop people from driving under the influence of marijuana.

Driving Under the Influence of Marijuana is Dangerous

Driving under the influence of marijuana, and other drugs, remains illegal in Illinois. Drivers who have marijuana in their systems may have impaired judgment, motor coordination, and reaction times, which make a car accident more likely.

For example, a driver who is under the influence of marijuana can cause a serious crash because high drivers tend to:

Someone who drives while high could be arrested for driving under the influence (DUI).

However, DUI is harder to prove in a drugged driving case than in a drunk driving case. Officers can use breathalyzers to test a driver’s blood alcohol content, but currently, there is not a similar test for marijuana. Additionally, even if a driver is arrested for DUI, a DUI conviction will not result in financial compensation for anyone who was hurt in an accident with a driver who was under the influence of marijuana.

Will Accidents With High Drivers Increase?

While we can’t predict the future, we can look at what’s happened in other states that legalized recreational marijuana before Illinois.

Researchers controlled for variables such as weather, driver population, and other factors and still found that Colorado, Washington, and Oregon had a 5.2% higher rate of police-reported motor vehicle crashes compared to neighboring states where marijuana remained illegal.

Whether Illinois accidents will increase similarly remains to be seen, but there is one thing that we do know now. It is illegal to drive under the influence of marijuana in Illinois, and drivers who cause crashes are legally responsible for accident-related injuries and fatalities.

What to Do After an Illinois Accident

At the scene of the crash, it may be impossible for you to know if the driver was under the influence of marijuana. However, you may know that you didn’t cause the crash. Therefore, it is essential that you protect your rights by:

Then, we encourage you to contact our experienced Illinois car accident lawyers. We will find out exactly what happened. We know what questions to ask and how to compel the other driver to provide the evidence that you need to prove your claim.

We will fight hard to get you a full recovery for your past and future medical costs, lost income, out of pocket expenses, physical pain, emotional suffering, and other damages. Call us today to set up your free consultation in any of our Illinois offices, your home or hospital room.

Rockford Car Accident Lawyer: The Definitive Guide to Why, When and How to Hire (and More!)
The Definitive Guide to Hiring an Experienced Car Accident Lawyer in Gurnee IL
Seven Rockford IL Car Crash Statistics That May Surprise You…And Four That Won’t
What You Want to Know About Bloomington Accidents
What You Should Know About Gurnee Accidents
A Parent and Caregiver Guide to Illinois Car Seat Laws
What Happens When a U-Turn Causes a Car Crash
Win or it is Free Guarantee