Did JUUL Labs advertise its products to children? 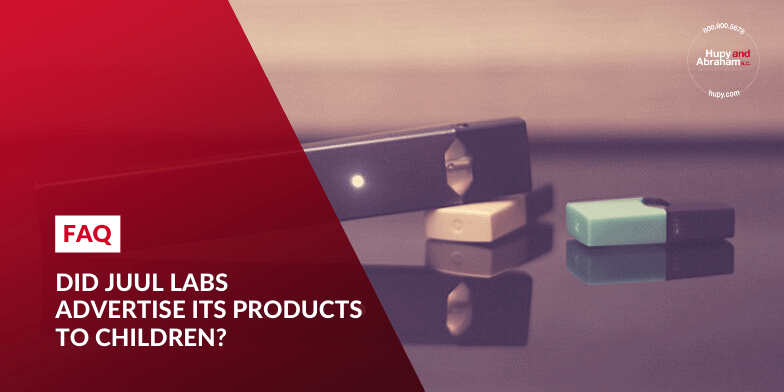 Several states, including Illinois, claim that JUUL Labs has illegally marketed vaping products to minors. Now, there are reportedly internal documents from JUUL Labs describing the company’s 2015 marketing strategy that seem to support the claims made by Illinois and other states.

Massachusetts, like Illinois, filed a lawsuit against JUUL regarding its pre-2018 marketing campaigns. As Massachusetts investigated JUUL Labs’ practices, the state uncovered internal documents that allegedly describe how JUUL Labs marketed its products to children and teens.

JUUL Labs used the slogan “vaporized” in its 2015 marketing campaign. According to news reports of the Massachusetts case, the vaporized marketing strategy included:

At the same time, JUUL Labs allegedly failed to check the age of people making online purchases, and reportedly rejected a marketing campaign aimed at getting adult smokers to quit smoking. Instead, the company choose the vaporized campaign.

Has JUULing Hurt your Child?

The lawsuits brought by Illinois and other states are important and may prevent future families from dealing with the issues that your child and family are suffering.

By bringing your own lawsuit, you can make sure that your child gets fair compensation for past and future medical costs, lost income, out-of-pocket expenses, pain, suffering, and other damages.

Contact our experienced and dedicated JUUL injury lawyers today to learn more. For more than 50 years, we have been fighting for individual clients and helping our community. We are here for you any time—24/7/365—and we look forward to providing you with a free case evaluation so that you can make sure that your child’s rights are protected.