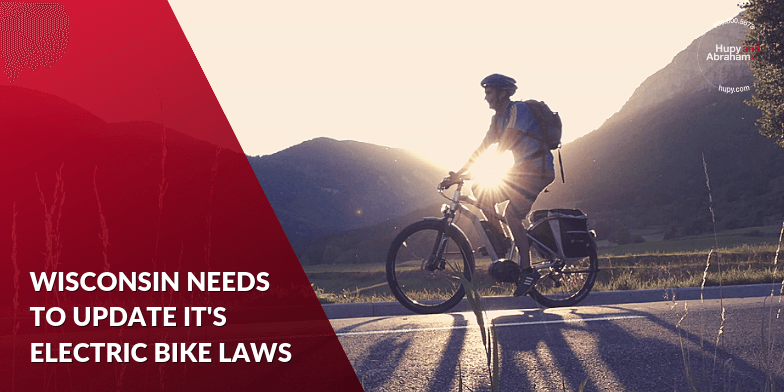 With the current surge in popularity of electric bikes, it has become apparent that Wisconsin laws regarding these bicycles are in great need of some updates. As of now, Wisconsin statutes classify electric bicycles as motor bicycles and, as such, require riders to have a valid driver’s license.

Often times electric bicycles – pedal bicycles with an electric assist – are incredibly popular among individuals without a driver’s license who use them as their main mode of transportation. These bicycles are also banned from sidewalks and certain paths, unless they are only operated with their pedals with the assist turned off.

The Wisconsin Bike Fed has been able to work with the Wisconsin Department of Natural Resources to allow electric bikes on certain trails across the state. Under the new rules, electric bicycles are only permitted to ride with an electric assist on certain linear bike paths and must follow a 15-mile per hour speed limit.

Additionally, the Bike Fed has been working to propose legislation that would better define electric bicycles and give them more flexibility in where and how they can be used. According to the proposed bill, electric bicycles would be defined as bicycles equipped with fully operative pedals for propulsion by human power and an electric motor of less than 750 watts.

The proposed bill also outlines three different proposed classifications – Class 1, Class 2, and Class 3 electric bicycles - based on their top speed and when the electric assist is activated. All of this is meant to get electric bicycles the same treatment as regular bicycles – with certain exceptions in the case of higher powered electric bicycles.

We at Hupy and Abraham greatly value the rights of bikers and cyclists and will continue to be your source of relevant news regarding the realm of bicycle and motorcycle laws and legislation. Our attorneys have represented thousands of injured bikers and know the importance of effective legislation for these individuals.

If you or a loved one has been injured in a motorcycle accident, it is important to seek legal assistance with the law firm that has a proven track record with injured riders. Contact the attorneys with Hupy and Abraham at 800-800-5678 or start an online chat 24/7 at hupy.com.