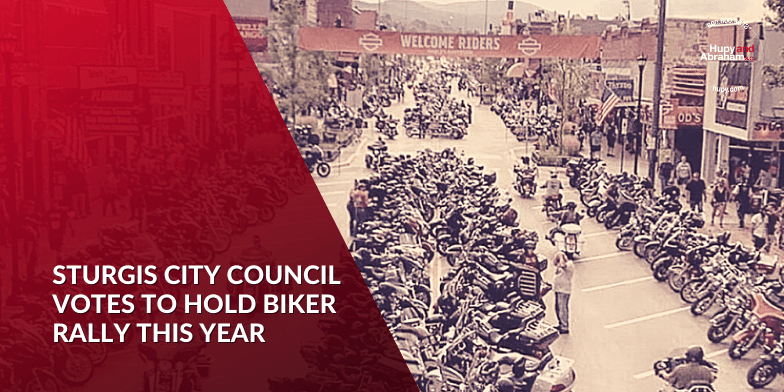 The Sturgis Rally is a pilgrimage made by many motorcycle enthusiasts from across the country. Riders from all walks of life coming together in the Black Hills of South Dakota around the shared love of motorcycles and motorcycle culture is a tradition considered sacred to many. But 2020 has been an incredibly turbulent year, and with the onset of the Coronavirus pandemic, the status of the rally was left up in the air until this week.

On Monday, June 15, the Sturgis City Council voted 8-1 that they would hold the 80th Annual Sturgis Rally this August with considerable modifications with visitor health and safety as a priority. City officials have stated that the rally will be scaled down somewhat this year to ensure a safe environment and allow people to socially distance as necessary.

Sturgis City Manager Dan Ainslie said of the modified rally, “There’s not going to be a lot of the public activities that there usually are.” Ainslie goes on to discuss that many staple events “including the opening ceremonies, the B-1 flyover, different contests and activities and parades” will be canceled this year to keep mass gatherings to a minimum. While many associate Sturgis with an image of tens of thousands of bikes and riders packed together on Main Street, Ainslie said, “We’re trying to avoid that.”

Vendors at the rally will be required to wear personal protective equipment, such as face masks and gloves. If for whatever reason they are unable to provide their own, the city will provide some for them. The city will install multiple sanitation stations throughout the downtown area to allow participants to frequently sanitize as needed during the event. Additionally, parking on Main Street will be allowed, though seating in the plaza and open container alcoholic drinks will be prohibited.

The city council has been discussing the possibility of providing mass Coronavirus testing for the participants of the rally – which could cost between $75 and $150 per person – to ensure that no one could potentially spread the virus, but nothing has been approved at this time. On the topic of mass testing, Ainslie said, “Anyone who was interacting with the tens of thousands of people that come into our community are able to be tested so that they know they would need to self-quarantine or also seek treatment.” Ainslie went on to say that the city was working with the Department of Homeland Security and the state emergency office to try and provide the infrastructure needed for mass testing.

The 2020 Sturgis Motorcycle Rally is set to begin on Friday, August 7, and end on Sunday, August 16. Be sure to follow us and keep up to date with all the changes coming to Sturgis this year, as we will be sure to provide updates as they become available on our Current News for Riders page on hupy.com.