Recording Your Employer Could Lead to Losing Your Job 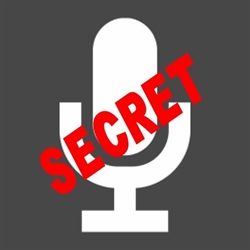 In today’s smartphone era, nearly everyone is capable of recording everything that goes on around them. We’ve seen how the law protects citizens’ rights to record police conduct, but what about employees who secretly record workplace conversations? Do they have similar rights?

It depends on which state you live in.

The primary motive for employees to secretly record an employer is if they’re unhappy and are trying to prove discrimination or misconduct by their employer. Sometimes, it works.

In 1996, a Texaco employee, who believed she was being denied advancement because of her race, confirmed her suspicions by secretly recording executive conversations. The case was resolved with a $176 million settlement.

So what does that mean for employers? Should they frisk their employees and speak softly with loud music playing in the background every time they have a conversation?

Not necessarily, but employers do need to be careful.

Twelve states, including Illinois, are considered “all-party consent” states because they prohibit people from secretly recording conversations (if there’s a “reasonable expectation of privacy”) unless the other parties consent to it.

So if Texaco had conducted their business in one of those twelve states, the racist recordings would have been inadmissible in court, which would’ve saved them $176 million.

The rest of the country, including Wisconsin and Iowa, are “one-party consent” states, meaning only one party has to consent to recording the conversation. Conveniently, the person doing the recording can count as the “one party.”

However, employers can protect themselves by implementing policies that prohibit employees from recording workplace conversations. These policies can be justified on the basis of encouraging open dialogue in the workplace and protecting trade secrets. Employees who violate such policies can be fired lawfully.

But when push comes to shove, if an employee violates this policy as a means of gathering evidence of discrimination, things aren’t exactly cut-and-dried.

However, the Seventh Circuit does not encourage such “self-help tactics or workplace espionage in order to gather evidence of discrimination.”

Currently, there’s no clear answer as to whether or not workplace recordings are universally admissible in court. But in the meantime, employers would be wise to implement workplace policies to protect themselves.