While the United States doesn’t often see road signs and warnings specific to motorcycle riders, the United Kingdom has begun considering just that. Road sign manufacturer TWM Traffic Control Systems has proposed a radar-activated sign similar to those we see in residential areas informing drivers of their speed. These signs would be placed in high-risk areas for motorcycle accidents. 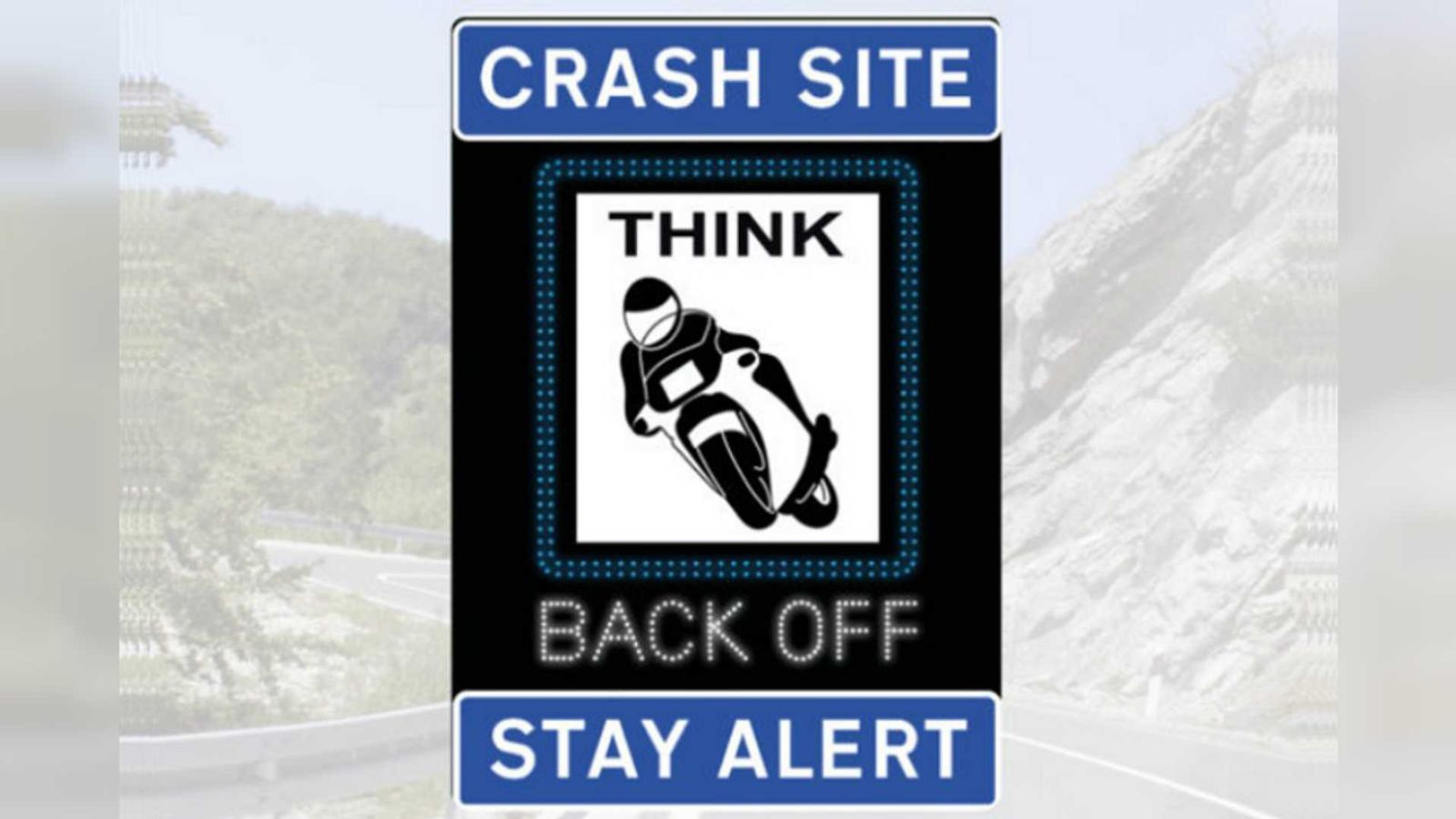 The signs feature radar systems that detect oncoming vehicles and light up with LEDs featuring messages to “THINK” and “BACK OFF” for riders that may have become inattentive in their rides. These signs are intended to grab the attention of motorcycle riders and alert them to take a more cautious approach to the potentially tricky road ahead. The signs are designed to only light up and alert riders and other motorists if the radar detects they are approaching at a speed greater than a predetermined “safe” speed.

”The new statistics from the Department of Transport are an uneasy read, especially the fact that 228 accidents could have been avoided with clearer and more striking signage to alert motorcyclists. We have a passion for developing equipment that brings enhanced road safety to both drivers and pedestrians. The new hazard warning sign was designed with the safety of motorcyclists in mind, and we hope that local authorities across the U.K. review the signage at their known accident hotspots, especially as we head into the darker and wetter winter months.”

Whether or not these signs will actually be implemented throughout the United Kingdom currently remains to be seen. However, a case can definitely be made for the benefits of this type of sign technology, especially directed toward motorcycle riders who generally don’t see road signs intended for them.

Given the intention to employ these signs along more perilous stretches of road for motorcyclists, certain states across the U.S. would do well to take note and consider implementing similar solutions to advise and protect motorcycle riders from potential harm. Countless roadways across the United States see a disproportionate amount of motorcycle crashes that would definitely benefit from safety signs such as these.

For more relevant news and articles for motorcycle enthusiasts, check out our Current News for Riders page on hupy.com.