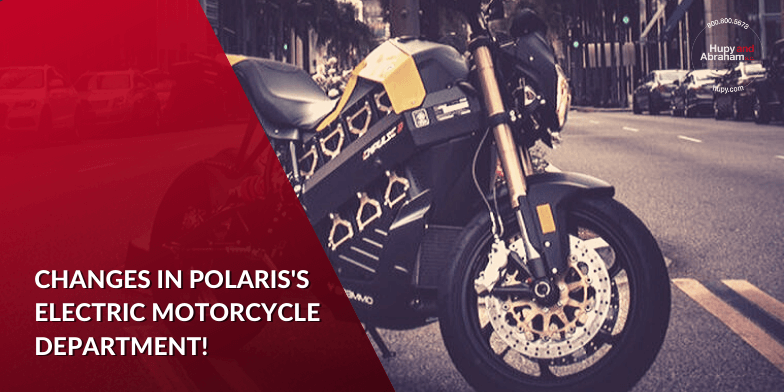 Minnesota-based motorcycle, snowmobile and ATV manufacturer Polaris has recently restructured a portion of their top management to better position themselves to compete in the growing electric vehicle market. These personnel changes come in response to competitor Harley-Davidson’s recent foray into electric vehicles with their LiveWire fully electric motorcycle entering the market.

Polaris has reassigned their former president of off-road business, Chris Musso, to take on the role of senior vice president of electrification strategy. This role will see Musso expanding the company’s efforts in the electric market with utility and off-road vehicles being main focuses. Former Polaris president of motorcycles, Steve Menneto, will be shifting to fill the off-road position left by Musso with current president of internal business, Michael Dougherty, taking over the motorcycle responsibilities in addition to his current duties.

It would seem as though this increased attention on expanding their electric offerings could signal Polaris’ entrance into the electric motorcycle market to compete directly with Harley’s LiveWire. While Polaris does have a sizable motorcycle brand in Indian, they have yet to produce fully electric bikes under this brand. With the recent shift in management, one can assume that Indian will likely be introducing their own electric motorcycle fairly soon.

Previously, Polaris had some electric motorcycles in their portfolio, under the Victory Motorcycles brand. However, 2017 saw Polaris winding down the production of this brand following an extremely rough year. Revenue of Polaris’ stock took a nosedive in 2016 dropping about 42% causing them to cut expenses where they could, Victory being one of the first things on the chopping block after failing to secure much of the cruiser motorcycle market share dominated by Harley during its roughly 18-year life span.

Many motorcycle companies, Harley included, have been seeing falling revenues in recent years with the vast majority of consumers finding little interest or viability in their current product offerings. With the recent surge in popularity and availability of electric vehicles, more and more companies will be turning to this new market to try and stay relevant as we’ve seen done by already-established brands like Harley and Triumph.

For more relevant news and articles for motorcycle enthusiasts, check out our Current News for Riders page on hupy.com.