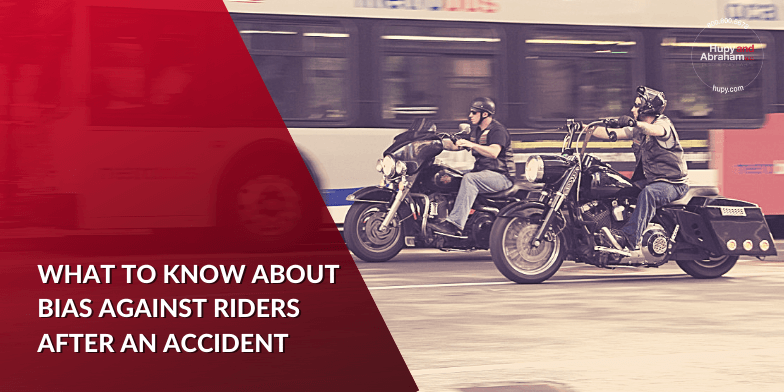 Most people would never want to consider a situation where they could be injured in a motorcycle accident. However, adequately planning for such an event is very important to your personal and financial well-being. Should you find yourself injured after a motorcycle accident that was not your fault, there are a great deal of factors that you need to have under consideration when moving forward with a personal injury claim, but one can be seen as paramount above others.

As is the case with most things involving motorcycle riders, the biggest issue you’ll likely have to deal with as you put together your personal injury case is overcoming bias and prejudice that certain people may have against motorcyclists. As unfair and unreasonable as it is, this is something that riders have to take seriously when approaching a personal injury settlement.

Here are a few ways that bias and prejudice toward motorcyclists can negatively impact your personal injury claim:

Many individuals have inherent dislike or distrust for motorcyclists, and as a result, judges and juries may be less likely to award fair verdicts to motorcyclists. For this reason, it’s important to conduct yourself properly through the process and retain the best possible legal counsel to overcome any unfounded biases toward your lifestyle.

The attorneys at Hupy and Abraham have helped thousands of injured riders and recovered handsome settlements for them along the way. Should you find yourself the victim of a motorcycle accident, contact Hupy and Abraham to get started on your personal injury claim, our offices can be reached at 800-800-5678, or via online chat at hupy.com.

For more relevant news and articles for bikers, check out Current News for Riders on hupy.com.