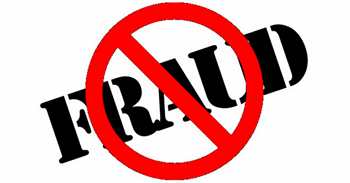 After years of suspected fraud and theft, Mequon, Wisconsin lawyer Sarah Laux is facing criminal charges. The FBI’s 33-count indictment alleges that Laux stole more than $2.2 million from clients. She faces up to 50 years in prison.

Laux’s legal practice targeted older clients with estate planning and trust services. Concerns about her conduct first arose in May 2012 when heirs of the Pfister estate alleged that she embezzled more than $1.5 million from the family.

Of that money, $450,000 was meant to pay for the elderly Carleen Guenther’s nursing home expenses. But she never moved into a nursing home before passing. Laux allegedly used the money to purchase property, pay her firm’s bills and for personal expenses.

This alleged misconduct was first reported by the Milwaukee Journal Sentinel in May 2013. An Arizona man, whose parents were working with Laux, read that story and also became suspicious.

Laux persuaded his parents to invest $2.1 million into a series of annuities, but never finalized the transactions. The federal indictment alleges that she stole approximately $584,000 from them too.

Furthermore, the FBI is charging Laux with income tax fraud. Everyone is required to report all of their income to the IRS, even if it’s obtained illegally.

Despite all of these accusations, Laux remains in good standing with the bar. And since she’s not in custody, nothing is preventing her from stealing from more clients! This demonstrates how the Office of Lawyer Regulations has failed to do its job, which is to protect the public from shady lawyers.

State insurance regulators revoked Laux’s insurance license in fall 2013 after she refused to answer their questions, citing her Fifth Amendment right against self-incrimination. If insurance regulators can protect the public, why can’t the OLR? The OLR began investigating Laux in 2011 but refused to publically acknowledge it until officially charging her in April 2014.

Attorney Michael Hupy has called for increased transparency in the legal profession. The culture of secrecy and institutional bias against whistleblowers enables bad lawyers to go unchecked. The legal profession exists to protect the public, and lawyers who steal from clients should not be allowed to practice. When lawyers steal, they should be exposed as soon as possible, not when newspaper watchdogs find out.