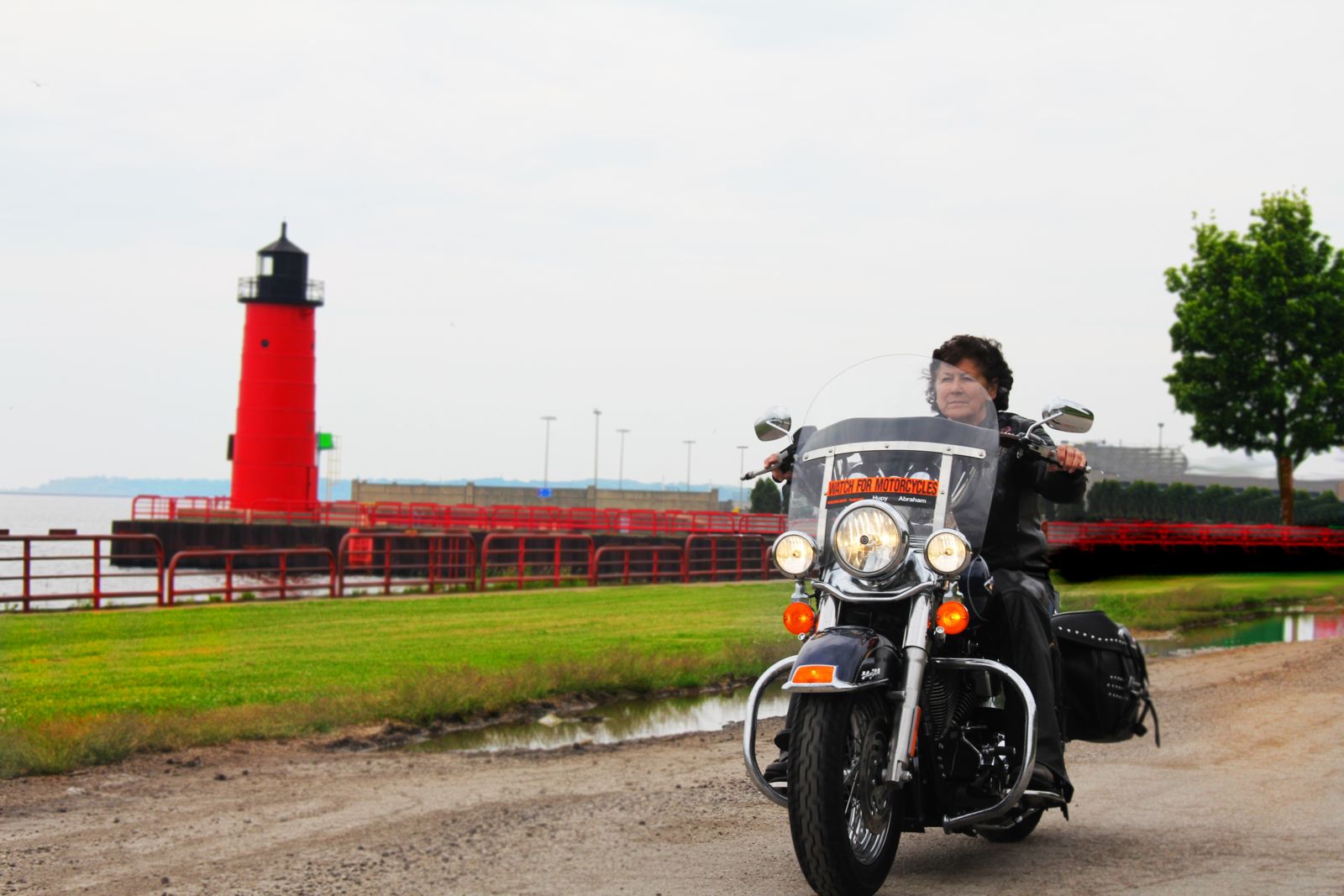 July is Women’s Motorcycle Month! According to the Motorcycle Hall of Fame, July is a month to celebrate one of the fastest-growing demographics in the motorcycle world. About 1.2 million women are currently on two wheels all over the U.S.

At Hupy and Abraham, we are proud to not only be a part of the motorcycling community, but to have a team that is part of motorcycle history as well!

Hupy and Abraham Investigator Linda “Jo” Giovannoni has been riding since 1967, with her first lesson occurring in a friend’s backyard on a tank-shift suicide clutch Panhead! She co-founded Harley Women Magazine in 1985 and served as editor and publisher until 1997, and through her work with the publication sponsored two all-women drag races. She also founded “Harley Women Ladies Day Ride and Party” in Sturgis, SD in 1986, and co-founded the second chapter of Women in the Wind (WITW, now an international women’s group) and served as president of the Chicago chapter.  Harley Women Magazine and Jo were later included in the AMA’s Heritage Motorcycle Museum’s display on Women in Motorcycling.

In the early ‘90s, Jo was one of five women featured in the documentary “She Lives To Ride” by Alice Stone, which debuted at the Chicago Art Institute (where Jo was featured as a guest speaker). Also during that time, Jo was selected to be featured as a one of the “Harley-Davidson People” in a collector card set produced by SkyBox International.

In 1996, Jo was the fifth woman to be inducted into the National Motorcycle Museum and Hall of Fame in (then) Sturgis, South Dakota. She was inducted for her support and encouragement of women in motorcycling. To this day, the museum in Anamosa, Iowa still displays a copy of her induction photo and plaque. In 1998, Jo was invited back to present the Hall of Fame plaque to Willie G. Davidson, after she nominated the founding fathers of Harley-Davidson.

Never one to sit still, Jo then turned her attention to the media over the next ten years. She co-hosted “Open Road Radio,” was a contributing writer for the Illinois Daily Herald’s “Motorcycle Section” and was featured in numerous television shows, magazines and newspapers including People magazine, Chicago Parade Magazine, HOG Tales, National Public Radio and the book “Hear Me Roar” by Ann Ferrar. In May 2009, the Harley-Davidson Museum in Milwaukee asked if they could feature her bike in the museum lobby as part of their Museum’s Women Display.

In July 2009, Jo was hit by a distracted driver. The car that turned into her totaled her 1996 Road King, and set her on a long path of multiple surgeries and chronic pain before she was able to get back in the saddle.

From the moment she was hit, Jo said that “my first and only thought was Hupy and Abraham [for legal representation].” An active member of ABATE, Jo admired the dedication the firm had to not only the “Watch for Motorcycles” message, but its commitment to bettering the community. “Hupy and Abraham are personal injury attorneys, yet they spend tens of thousands of dollars annually to make the roads safer for all riders,” Jo said. 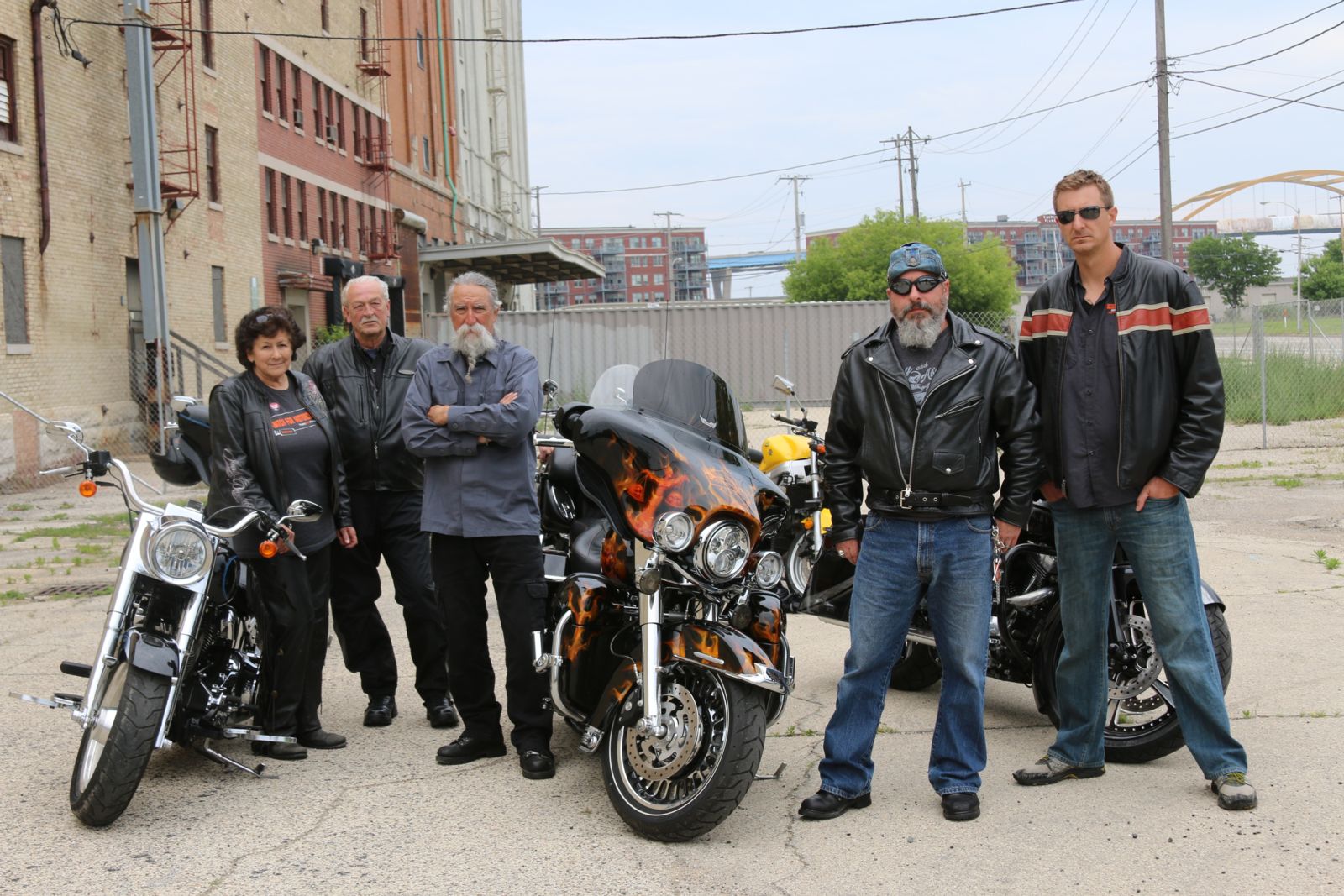 The law firm of Hupy and Abraham, S.C. has been committed to supporting riders of ALL types for over 50 years. We are proud to be part of the motorcycle communities throughout Wisconsin, Illinois and Iowa, and to have historic riders like Linda “Jo” Giovannoni on our team!

To support the message and get YOUR free “Watch for Motorcycles” sticker in pink and a variety of colors, click here!