I Was Very Gratified at the Harley-Davidson 110th Anniversary

I WAS VERY GRATIFIED AT THE HARLEY-DAVIDSON 110TH ANNIVERSARY

"Attending the Harley-Davidson 110th Anniversary was a very gratifying experience for me and a compliment to everyone at this law firm. Everywhere I went I was approached by former clients, some who I represented as many as 12 or 16 years ago, who thanked me for the high quality of representation they received from this law firm. Also gratifying was the fact that numerous riders approached me and thanked me for what this firm is doing for motorcycle rights and awareness."

"With eleven offices in three states it takes many people doing their jobs superbly to have this type of reputation." 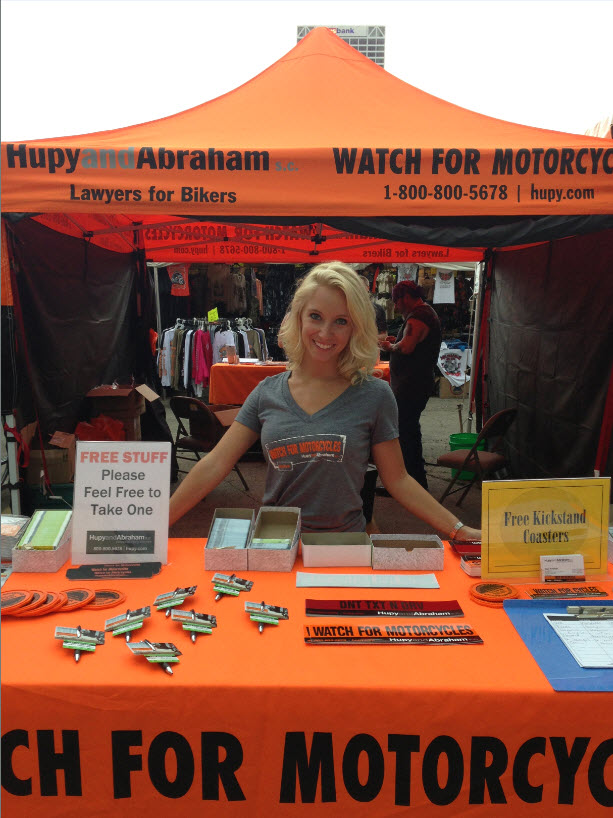 Attorney Hupy's Daughter, Maxine, helped promote the "Watch For Motorcycles" campaign at the H-D 110th to help save lives.