Motorcycle technology (and technology in general) has been increasing at a rapid rate lately and it seems as though there are new developments making riding safer. New adaptive cruise control and other collision mitigation technologies have been a boon for motorcyclists the world over. However, the unfortunate fact remains that no matter how much technology you put into a motorcycle and regardless of how skilled the rider is, that only accounts for half of the problem when it comes to crashes.

No amount of riding skill or technological safety features that you have access to can ensure that other motorists are as safe and careful as you. It is a difficult reality to accept, but as long as people can be prone to distraction and poor driving habits, motorcycle accidents will continue. BMW understood this unfortunate reality and has begun tailoring their manufacturing to counter it. Instead of building in more and more technology to try and prevent accidents altogether, BMW has patented a new crumple zone concept for their motorcycle manufacturing.

Crumple zones are a common feature in passenger vehicles but haven’t really been explored much in the realm of motorcycles. These are pieces of the vehicle’s construction that are designed to collapse and crumple in the event of an accident. While this may sound counterproductive to overall safety, they actually help greatly to absorb the harsh forces exerted upon a vehicle during an accident. With this modern concept of redirecting the force of impacts into the crumple zone, drivers do not endure the full brunt of an accident and are often able to walk away from collisions with only minor injuries, if any. 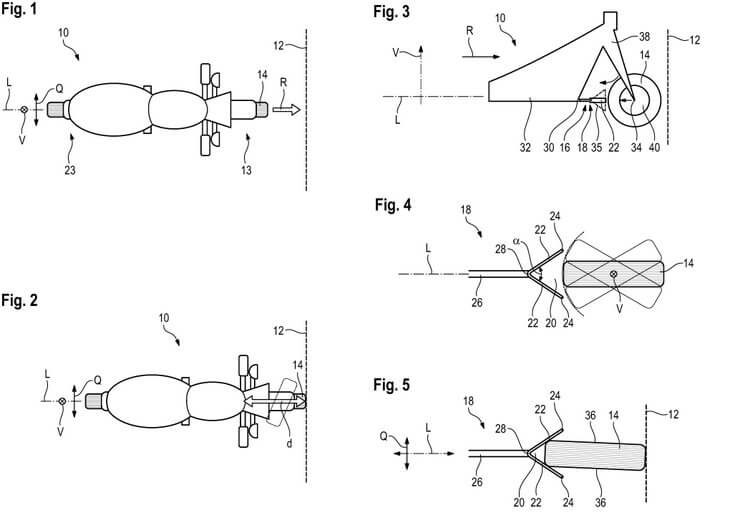 The concept that BMW has patented is quite simple and features a V-shaped piece that sits behind the front wheel of their bikes. In the event of a head-on collision, the front wheel would be pushed back into the component, which would prevent the wheel from flipping out to the side and allow for it to absorb a great deal of the impact. While this concept would really only prove beneficial for one type of collision, it definitely serves as adequate proof of concept for further exploration of crumple zone technology in motorcycles.

Given their size, motorcycles are often unable to provide all the safety features that most automobiles can, such as roll bars or crumple zones. But this new crumple zone concept from BMW could pave the way for more manufacturers thinking outside of the box for more ways to build in features to improve safety in the event of a crash.

For more news and articles relevant to motorcyclists, please check out the Current News for Riders page on hupy.com.