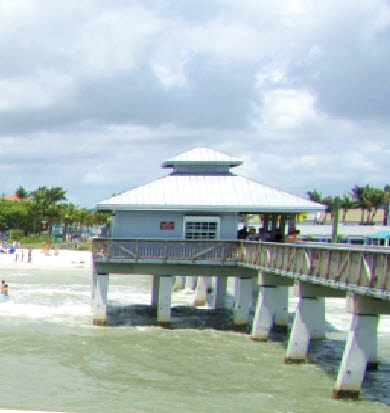 Now that summer is officially in full swing, you’re probably dreaming about vacationing in an exotic destination while staying at a luxurious hotel that’s located near all of the area’s most popular tourist attractions. And depending on how often you check your email, you’ve probably been “offered” just that hundreds of times from “travel agencies” claiming they can deliver your dream vacation for a fraction of the cost. When considering such “offers,” you’re going to want to heed to these wise words: If it sounds too good to be true, it probably is.

To help you avoid becoming one of the countless victims of travel agency scams, the personal injury law firm of Hupy and Abraham has put together a list of red flags when booking a trip through a “travel agency.”

Unsolicited Offers: If you get a call or email offering you the “deal of a lifetime” on your dream vacation without even asking, it’s not worth looking into. Scammers often send out mass emails and make countless phone calls to unsuspecting travelers hoping to swindle some quick cash.

Pay in Advance: Often times, scammers will use high-pressure sales tactics to get you to pay no less than 60 days before your trip. Sixty days also happens to be the amount of time most banks give you to dispute a credit card charge. Hardly a coincidence.

No Credit Cards Allowed: Speaking of credit cards, many scammers will tell you that they don’t accept credit cards. Of course, most credit card companies provide protection against such scams. But then again, it’s unwise to give your credit card information to any agency you haven’t thoroughly researched.

Nothing in Writing: Most importantly, if a travel agency isn’t willing to give you a written agreement before you pay, it’s best to conduct business elsewhere. That isn’t to say that everything in writing will be a fair deal (certainly not!), but if they won’t put anything in writing, you probably shouldn’t take them at their word either. You should also be suspicious if they withhold important details such as the hotel you’ll be staying at or the airline you’ll be flying on.

Less Obvious, but Equally Deceptive Tactics: Some scammers are more clever than others and thus use more subtle tactics to deceive you. They might trick you into paying a low rate and then charge extra for things you assumed were included. You could also “win” a “free trip,” but end up having to pay hefty fees to claim your “prize” or give out your credit card information to “verify your eligibility.”

Be sure to exercise caution when renting property in a faraway destination. Often times, the scammer will ask you to wire money to them and then you’ll never hear from them again. You should also steer clear of “travel clubs” that claim to offer discounted rates to anyone who pays the fees incurred with joining their club. Most “deals” that people get by paying to be in a travel club are also available to everyone else for free.

It’s also worth noting that completely legitimate hotels can be quite the con artists themselves. They won’t hang you out to dry entirely, but they can still end up disappointing you. Many hotels are notorious for “photo fakeouts” in which they make their amenities look a lot better than they really are. For example, from the right camera angle, a small kiddie pool will look more like something you’d see at a renowned water park!

Traveler’s Insurance: Sketchy travel agents and legitimate ones alike will invariably try to sell you traveler’s insurance. Legitimate agents will do so because the commission is extremely high and it releases them from liability if something goes wrong on your trip. Scammers will do so because if you’re gullible enough to buy a fake trip from them, why not sell you some fake insurance to protect it?

However, if you’re booking a high-price trip far in advance through a reputable travel agency, insurance might not be a bad idea. Traveler’s insurance can protect you from instances in which you’re forced to cancel a high priced, nonrefundable trip.

But, as with any type of insurance, you need to be careful about what you buy. Traveler's insurance policies can be vague and full of exclusions meaning that it might not cover everything you think it will. And even if the policy does cover you, it might require that you jump through hoops to get a payout.

Better Safe than Sorry: As tedious as it might seem, thoroughly researching a travel agency before conducting business is crucial. You can always check with your local Better Business Bureau to see if they’ve received any complaints about a given travel agency. Another great way to double-check their credibility is conducting an Internet search for the name of the travel agency followed by the word “scam.” Whatever you do, be sure to make an informed choice and avoid being another victim of Internet scams.