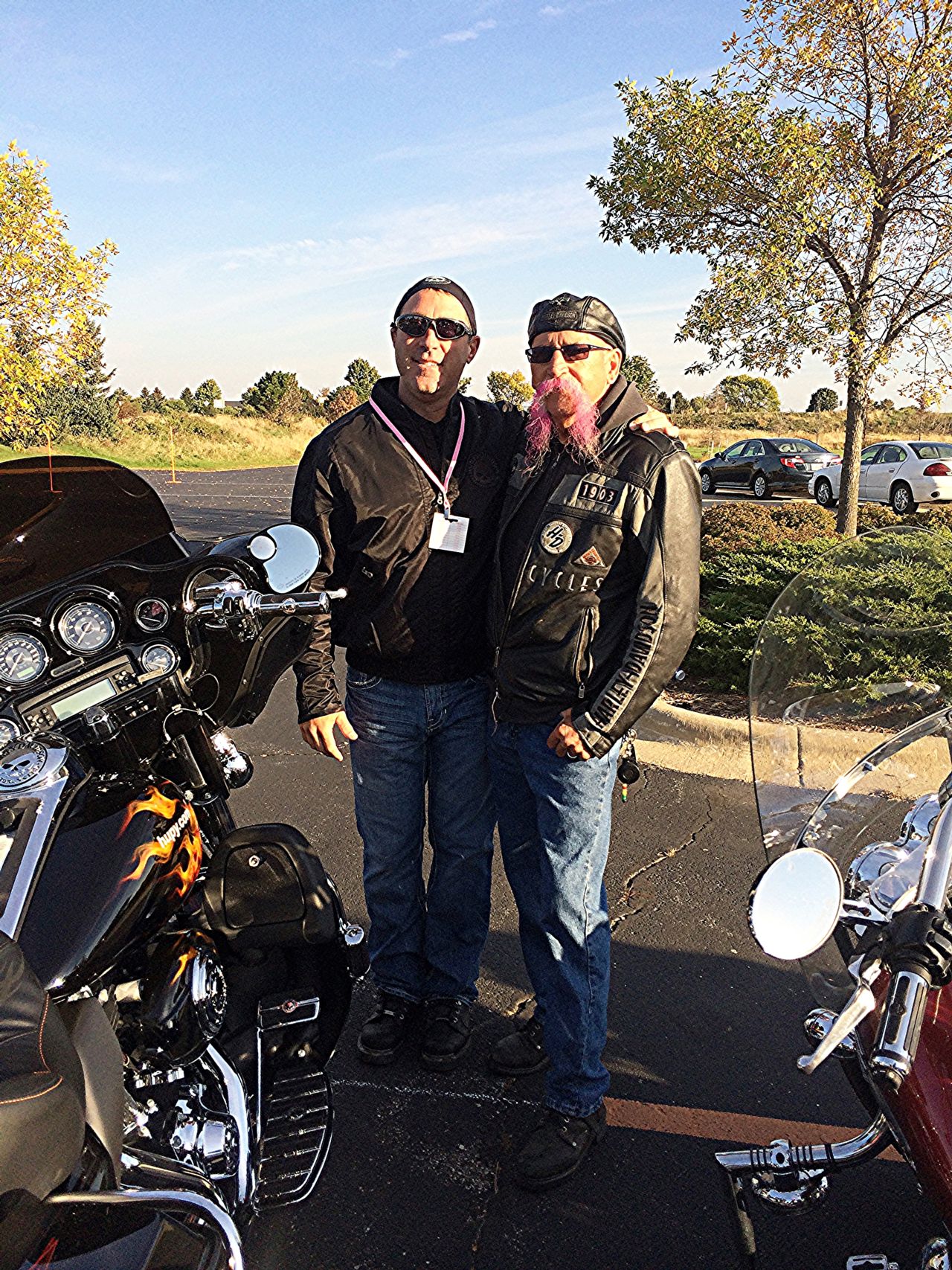 On September 28, 2013, Hupy and Abraham shareholder Jason Abraham participated in the 19th Annual “Ridin’ To A Cure” motorcycle event and helped raise over $130,000 for breast cancer research. Proceeds from the event went toward The Rock River Cancer Research Foundation, Inc., which Attorney Abraham has been involved with since 2006 and currently serves as President.

The ride departed from Wisconsin Harley-Davidson and the postride party took place at the luxurious Olympia Resort. A large number of breast cancer survivors attended the event and some even wore pink “Survivor” sashes as they rode.

Since the event’s inception in 1995, the event organizers have sold raffle tickets and given away a Harley-Davidson Motorcycle during the party to raise additional funds. Another unique touch is the Betty Boop bandanas that each participant receives with their pledge.

In its 19-year history, the event has raised over $4 million and is approaching the $5 million mark. The pledge ride takes participants on a scenic Southeastern Wisconsin route and ends with food, music, prizes and a live auction at the postride party.

Hupy and Abraham has been a long-time supporter of breast cancer research. In addition to Attorney Abraham’s involvement with “Ridin’ To A Cure”, the firm recently pledged $5,000 to sponsor the Wisconsin Breast Cancer Showhouse’s 2013 “Pinktacular Event Salute to Survivors Fashion Show and Luncheon.”