A.B.A.T.E. of Illinois Thanks Hupy and Abraham 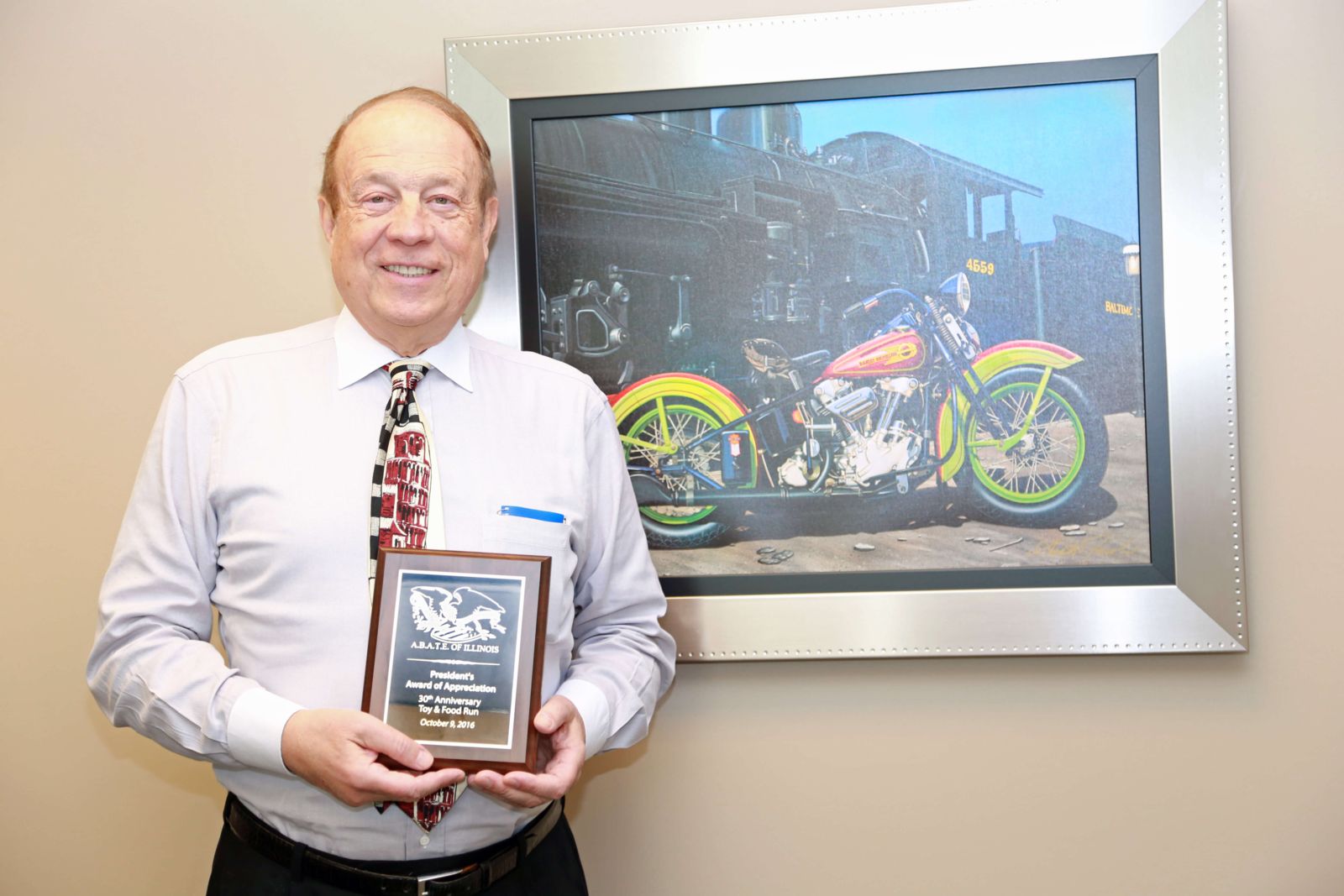 Hupy and Abraham was one of the top sponsors of the A.B.A.T.E of  Illinois State Seminar in Springfield, as well as the DuKane Chapter Toy Run, two years in a row. To thank him for the firm's continued support of their efforts, the DuKane Chapter recently awarded Attorney Michael Hupy with a plaque.

The DuKane Chapter Toy Run provided food and toys to over 15 local charities, while also introducing the riding community to organizations that support motorcycle rights, safety and education. During the 2016 event, thousands of vendors, supporters and motorcyclists filled the flatbed trailers with donations, ultimately raising TRIPLE the amount of toys and food for the area’s neediest families. This “Little Toy Run that could” has now turned into the region’s largest concert and motorcycle rally.

Hupy and Abraham is proud to have been involved with an event that provides such tremendous support to members of the community while also spreading Motorcycle Awareness.

Attorney Michael Hupy Has Been at the Pinnacle of Legal Excellence for Decades:
Attorney Hupy has achieved the prestigious AV Preeminent rating from Martindale-Hubbell -- the highest possible peer review rating in legal ability and ethical standards -- for more than 20 years.
Martindale-Hubbell has been the gold standard of lawyer ratings since 1887.
Unlike awards from ratings and scores based on posts, reviews on answers to questions on lawyer rating websites, this award is earned through a strenuous peer review process that is managed by the world's most trusted legal resources. Thus, it is the pinnacle of professional excellence.