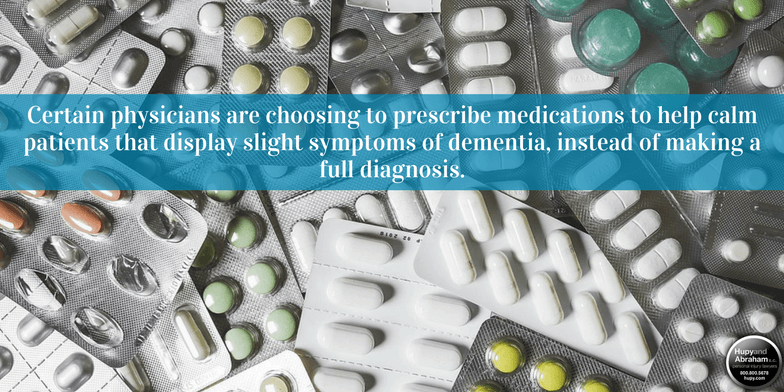 According to The New York Times, a federal study has shown that psychiatric drugs are being overused in nursing homes.

Dementia is one of the many afflictions older adults can experience during their lifetimes. However, one of the contributing factors to abuse/neglect cases is the overuse of medications like Abilify, Risperdal, Zyprexa and Clozapine that doctors prescribe to combat psychotic symptoms.

Certain physicians are choosing to prescribe medications to help calm patients that display slight symptoms of dementia, instead of making a full diagnosis. Research found that this was more likely in care facilities that were understaffed. Organizations are seeking action to restrict the excessive amount of prescriptions.

The study also emphasized that officials also need to focus on medications that are given to older adults living and being cared for at home. At-home caretakers are undertrained in many aspects, including the distribution of drugs.

These drugs are quite costly. Action from the government could reduce the amount of money spent by Medicare while simultaneously reducing the amount of unneeded prescriptions.

Psychiatric medications are beneficial to those truly suffering from harmful illnesses, but when they are used as a shortcut solution, the possibility of risk skyrockets. Death, severe falls and other avoidable complications are just a few preventable outcomes.

If you think your loved one is being wrongfully treated or suffering from abuse or neglect in a nursing home, please contact a nursing home attorney at Hupy and Abraham today.