On June 5, 2014, the United Performing Arts Fund (UPAF) held a finale event for the conclusion of the year’s campaign. UPAF strives to provide appropriate funding for organizations that generate creative opportunities and to ensure that the performing arts remain a staple for the Milwaukee area.

Hupy and Abraham, S.C. was named winner of the UPAF law firm challenge.  The firm won top honors due to the largest net increase in employee participation.  The finale program included performances by artists from the community, and as the winners of the workplace challenge, Hupy and Abraham, S.C. was recognized. Attorney Michael Hupy accepted an award on behalf of the firm at the event. 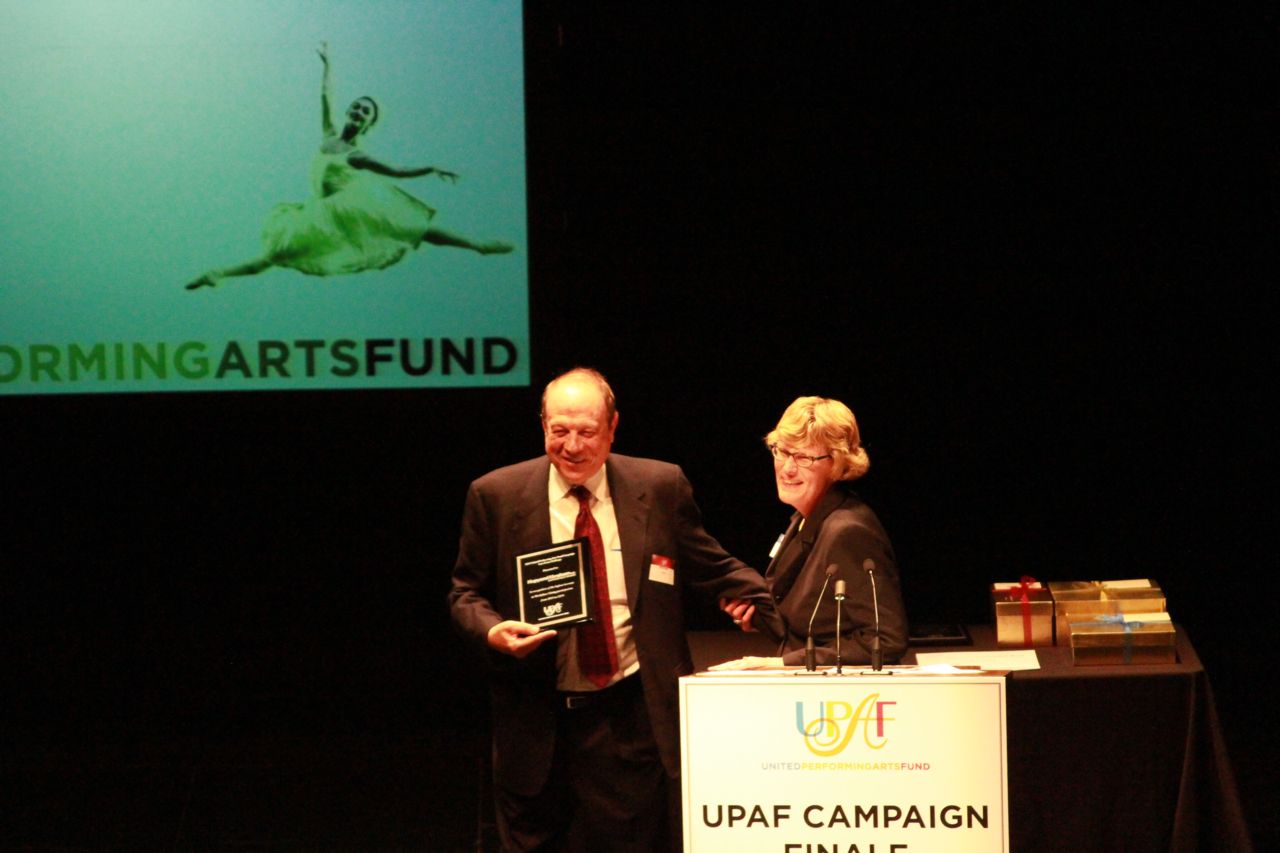 On behalf of Hupy and Abraham, S.C. Attorney Michael Hupy received the plaque naming the firm winner of the UPAF law firm challenge.   The award was presented by Attorney Ann M. Murphy of Quarles and Brady LLP.

UPAF has had many successes in the recent years and the 2014 campaign collected a staggering $11,728,476 from supporters in the community. Donations are vital to keep the organization in operation, so their members can continue to create and inspire the surrounding community.

In 2013, the Senior Director of UPAF thanked the firm for their support of the campaign as well.

Hupy and Abraham, S.C. continues to support the Milwaukee community and has given over $500,000 to more than 100 worthwhile causes.