Don’t Text – Or Anything Else – And Drive 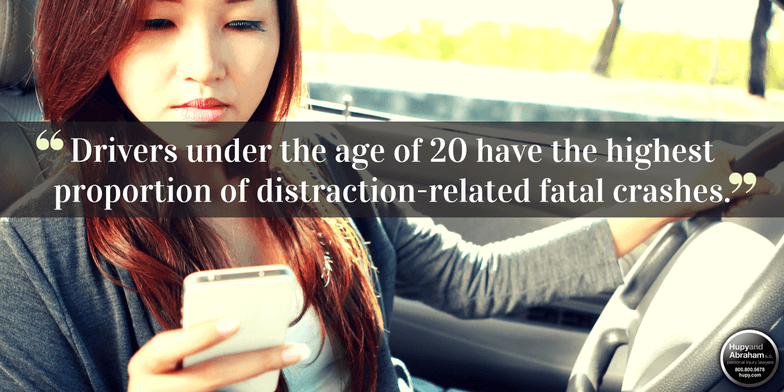 We all know that texting while driving is an ongoing problem, and has the ability to cause serious harm to ourselves and others.  In fact, approximately 660,000 drivers a day attempt to operate their smartphones while driving – and that’s not limited to just texting.

Not only do nearly two-thirds of drivers text while driving, over a quarter of them are on Facebook and other smartphone applications like Snapchat. According to a study by AT&T:

Since the study was self-reporting, those were simply the people who admitted it. Earlier in 2016, a lawsuit was brought against Snapchat and the teenaged driver who caused a serious accident when attempting to use a Snapchat filter that shows how fast a driver is going at the time of the photo. The driver was attempting to get the filter to read 100 mph. The collision with another car occurred at 107 mph, in a 55 mph zone.

A study by the Centers for Disease Control and Prevention (CDC) reported that drivers under the age of 20 have the highest proportion of distraction-related fatal crashes. To help put an end to these preventable accidents, teen drivers need to be reminded that their actions can affect not only themselves, but others as well. In the Snapchat example, the 18-year-old driver using the app while driving was injured, but the man she crashed into is no longer able to walk.

5 Tips for Parents of Teen Drivers:

For more information, contact the experienced car accident attorneys of Hupy and Abraham at 800-800-5678 or start a live chat 24/7 at Hupy.com.