Are You Making Intersections Dangerous for Everyone? 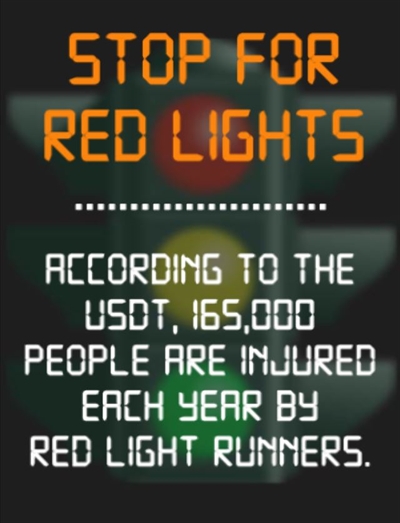 Some view intersections as nothing more than an inconvenience during a busy day. What’s more frustrating than sitting at a red light or stop sign when you’re in a hurry and every minute counts?

Instead of putting safety first, many drivers are preoccupied with beating yellow lights or rolling through stop signs to shave a couple seconds off their commute time. In so doing, they make the road dangerous for themselves, other motorists and pedestrians.

The U.S. Department of Transportation (USDT) estimates that 21 percent of fatalities and 50 percent of serious injuries occur at intersections. Here’s what you can do to make driving safer at all types of intersections:

Running a stop sign can be just as dangerous as running a red light. Intersections with stop signs may not have as many cars as traffic lights, but they’re more dangerous.

According to the USDT, more fatalities occur at stop signs than traffic lights. This is partly because traffic lights are clearer about who has the right-of-way.

Though rare, uncontrolled intersections are dangerous because there are no signs or signals telling anyone to stop. Instead, drivers are supposed to be aware of and yield to one another.

Uncontrolled intersections will typically be T-shaped, but some have four directions of traffic. When multiple cars arrive at the same time, the driver on the right side has the right-of-way.

Any time vehicles are crossing paths, the possibility of an accident exists. If you’ve been injured due to the negligence of someone, call the law firm of Hupy and Abraham for a free consultation.