5 Motorcycle Movies to Keep You Entertained Until Riding Season 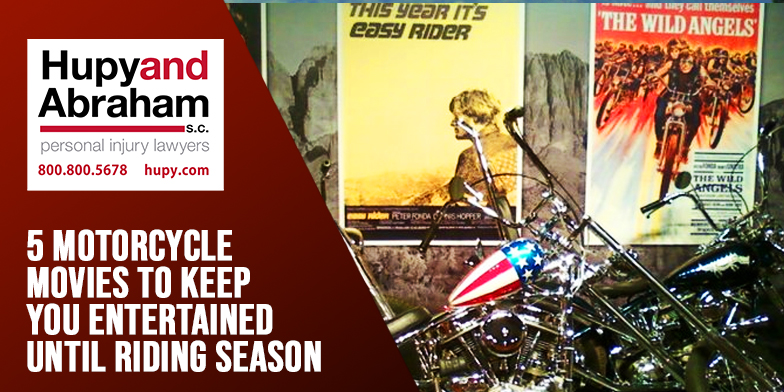 When you’re a motorcycle rider, the winter can seem like it takes forever to go by. Many motorcyclists are often stuck inside and dreaming of their next ride. Since the weather is preventing you from taking your bike out on the road, you can do the next best thing, watch amazing motorcycle movies! Here’s a list of movies for riders, with something for everyone, to pass time until the spring:

Hupy and Abraham has been supporting riders for decades through sponsoring events and promoting motorcycle awareness and safety. The firm’s “Watch for Motorcycles” message aims to keep riders at top of mind for other drivers on the road.

If you’ve been injured in a motorcycle accident, call Hupy and Abraham right away at 800-800-5678. We’ve fought for over 70,000 clients and received over $1 billion for their injuries.