What happens if the police are unclear—or just plain wrong—about who was at fault in an accident? 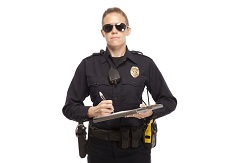 What the Police Report Means to Your Case

It is important to get a copy of your police report after a car accident, because police reports are considered by insurance companies, attorneys, and courts. Unless there is evidence to the contrary, the police officer who investigated your accident was trained to do this job and was independent of any of the parties involved in the crash. Additionally, the police officer may have been the only one who was not directly involved in the accident to investigate the accident scene.

An Incorrect or Inconclusive Police Report May Be Overcome

If the police report favors another driver, then you can be sure that that driver’s insurance company is going to rely heavily on the report during settlement negotiations or at trial. In order to prove what really happened and get the recovery that you deserve, you are going to have to do your own investigation and provide evidence that supports your arguments.

An experienced car accident lawyer can use the legal discovery process and expert witnesses to find out what really happened in your car accident and, if appropriate, to fight for your fair and just recovery regardless of what the police report says. To find out more about how to protect your own rights, please start a live chat with us today.

What traffic safety issues and violations cause the most accidents in Milwaukee?
Is it illegal to drive under the influence of prescription medication in Wisconsin?
Can I recover damages after a Wisconsin car accident if I wasn’t wearing a seat belt at the time of the crash?
What should I do after a car crash in Wisconsin?
What do I need to know about Wisconsin hit and run laws?
Is Wisconsin a no-fault insurance state?
What should I do if I have headaches after a car accident?
Win or it is Free Guarantee