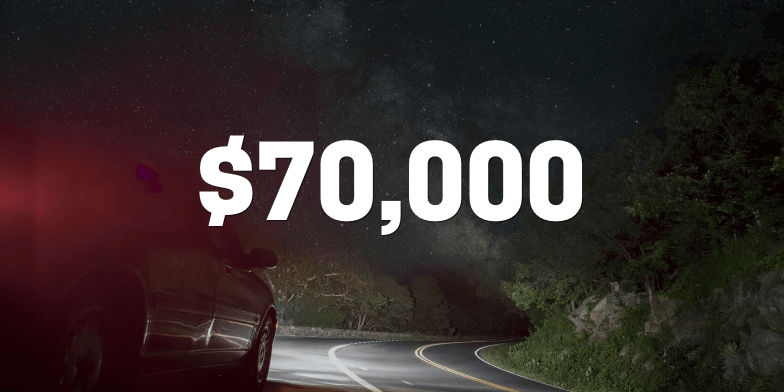 A woman was driving in Middleton to meet a friend when a drunk driver illegally passed another vehicle at a high rate of speed and struck her vehicle head-on. The woman sustained muscle sprains and a head injury with a concussion.

Attorney Derry recommended she file a lawsuit. After filing the lawsuit, the insurance company agreed to settle without a trial and paid an additional $70,000 in addition to the money she recovered from the drunk driver’s insurance company.