What's Fair is Fair: Now give me all your money! 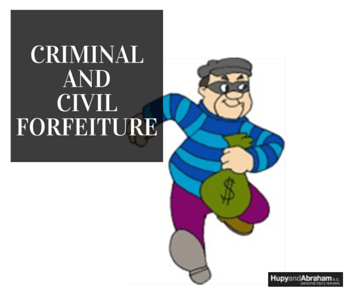 Suppose you own a small business, and you deposit your earnings weekly or even monthly. You've never been convicted of a crime and you are an honest, hard working citizen.

Along comes the government and it seizes your bank account and all the money you have put away. You're not charged with any crime and yet the government has seized your assets and tells you your'e not getting them back. Could this really happen?  Yes, and in fact it did happen to a family owned business in Long Island, New York.

The Hirsch brothers own a distributing company and supply convenience stores with candy and other types of snacks. They did not commit any crimes and weren't charged with any crime, yet the feds seized their bank account. Why?  The government was "suspicious" of the Hirsch brothers because they made regular, small deposits to their bank.  Although federal law requires banks to report cash deposits of more than $10,000 to the IRS, the Hirsch's smaller deposits caused the feds to believe they were purposely trying to evade the reporting requirements with the smaller deposits.

It took over two years for the Hirsch's to get their money back, after teaming up with the Institute for Justice for a hard court battle. But on January 21, 2015, federal prosecutors agreed to return the $447,000 being held by the IRS. This case wasn't unique. There are many, many law abiding people who have suffered the same questionable enforcement practices.

The burden of proof on the FBI to seize property for civil, administrative and judicial forfeiture is probable cause. This burden must be met to satisfy both statutory and constitutional requirements. A civil forfeiture action commences upon notification by mail and publication of the government’s intent to forfeit the property.

Probable cause for an administrative forfeiture is defined as a reasonable ground for belief of guilt, supported by less than prima facie proof, but more than mere suspicion.

In layman's terms, in order to take away a person's property in a criminal action, the prosecutors must prove the property is contraband or fruit of a crime, after conviction.   In a civil action, they only need to suspect a person has done something wrong, and there need not be any charges filed.

Senator Rand Paul (R-KY) and Representative Tim Walberg (R-MI) are seeking a remedy to this unjust application of the law. Together they have introduced a bill known as the Fifth Amendment Integrity Restoration Act of 2015. The FAIR Act would correct the current practices being utitilized in civil forfeiture procedures.

Civil forfeiture has become a profitable business for the federal government, seizing cars, cash, homes, boats, and more from innocent people and keeping that property for the government's own use, without any criminal charges ever being filed.  The government has been seizing property for decades, but not until 1985 was it allowed to profit directly from those confiscations.  Since then, there has been a proliferation of civil forfeitures taking place with most people unaware of their rights or who to turn to for help. An important aspect of the FAIR Act  is the requirement that government would have to prove by "clear and convincing" evidence, instead of a mere "preponderance of the evidence" that the property is subject to forfeiture.

Let's all hope the FAIR Act passes and law abiding small businesses no longer have to fear their hard earned money could be stolen from their own government.

Read More About What's Fair is Fair: Now give me all your money!...