It's hard to think of anyone who has promoted Harley-Davidson more in recent times than former Wisconsin State Senator Dave Zien. Zien is well known as the "Million Mile Man" after logging one million miles on the same bike, his 1991 FXR, which is now on permanent display at the Sturgis Motorcycle Museum and Hall of Fame. 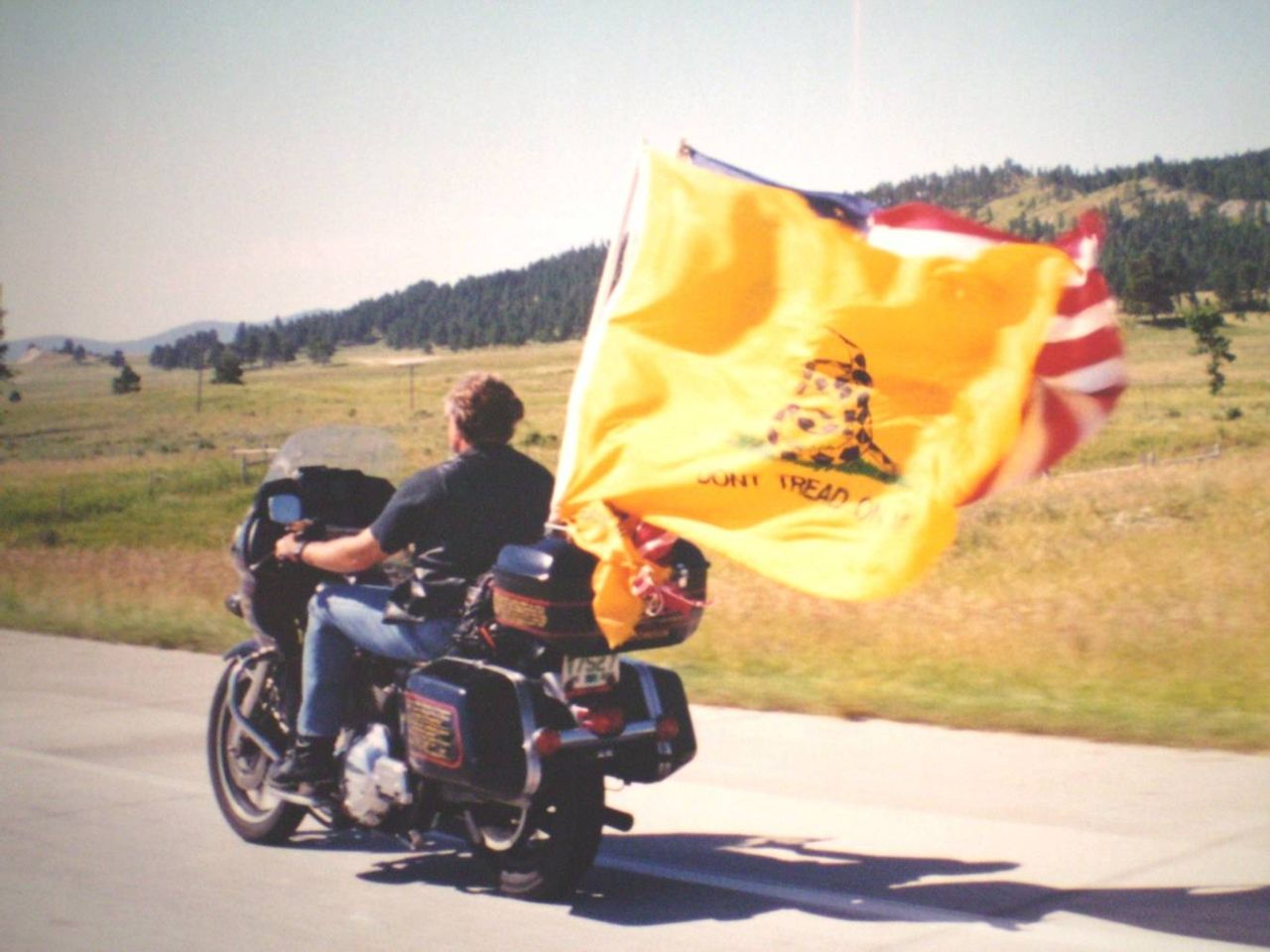 Just as well known as his many long distance world records is the fact that he displays numerous flags on the back of his motorcycles as he travels across the country. He is a Marine combat veteran, having served in Vietnam, and his patriotism is unquestioned. Zien was awarded a new 2009 Road Glide by the Harley-Davidson Motor Company when his million mile bike was retired to the Sturgis Museum.  He immediately had a new set of flags mounted on the Road Glide to replace those staying with the FXR. Later, in 2011, he lost a leg in a motorcycle crash in Florida and after rehabilitation and physical therapy, he purchased a Harley-Davidson Trike, again mounting his signature flags. It was universally known by anyone paying attention to the Harley motorcycle community that Zien flew flags on his bikes everywhere he went, in all weather conditions during the entire year.

This past March, his clutch went out while he was in Dallas, Texas. After the local dealership called the factory to verify Zien's extended warranty was in effect, it was disclosed that his warranty was void to any claims for engine, drive train or clutch problems. The reason given was he had numerous flags mounted and also that the mounts were not original equipment. This was a surprise and shock to Zien, since he had numerous repairs done to his bikes over the years and never had a problem with his warranty because of his flags.  When you log as many miles as Zien does in a year, you can expect to be in the shop for repairs.  He has 117 world records (some pending certification) for long distance rides and has over 1,500,000 miles flying the U.S. flag on his bikes.

If the flags do void the warranty, as Harley claims, then why wasn't Zien told this when he purchased his latest extended warranty? Is there something in the warranty language itself that excludes coverage for displaying flags?  Harley contends that because the flags cause added wind drag on the motorcycle, there is increased stress on the transmission and clutch. Also, because the flag mounts are not original Harley mounts, it also voids the warranty.

According to Zien, both of those arguments are invalid. The reason he used after-market mounts is because Harley-Davidson does not provide flag mounts other than the small type mount that is affixed to a saddlebag or tour pack. Besides, he had the mounts installed at a Harley-Davidson dealership before he took possession of the trike which, according to Zien, means anything installed at the dealership is covered under the warranty. He also denies the claim of increased wind drag causing a problem with the clutch.

It's a shame this controversy has embittered the two sides, although Zien is still loyal to the motorcycle if not the corporate decision makers. During recent Memorial Day news coverage on local TV stations, dozens upon dozens of Harley-Davidson motorcycles were seen in parades and on the open highway displaying large American flags, POW flags and H.O.G. chapter flags. Since they too must create exceptional wind drag and since Harley does not supply mounts for such large flags, it has to be expected that each and every one of those riders was outside the coverage of any warranty that might be in effect for those bikes. Are these riders aware of any warranty exclusion?

Another problem Zien faces is the fact that because he is an amputee, he had an after-market hand control installed on his trike so he could activate the clutch and shift gears. Since Harley does not manufacture hand controls for this purpose, we have to assume that anyone with a disability who installs these types of hand controls is voiding any warranty, since the devices are not original equipment.  Staunch supporters of the motor company will stand by the decision to enforce certain provisions in the warranty protections. Still others will questioin why exclusions to coverage in the warranty are not spelled out for the consumer and why the expression of patriotism is being punished and why people with certain needs, who want to ride Harley-Davidsons, are being ignored.