The classic Cannoball 2014 Endurance Run is over after most of the riders completed the journey from Daytona Beach, FL to Tacoma, WA.  All the bikes were manufactured before 1937 and this event, started in 2010, occurs every two years.

Unfortunately, for some of the competitors, Tacoma will not be remembered as the ending of weeks of adventure, new friendships and hospitality. Instead it will burn in the hearts of some men as the place they lost their beloved machines.

Deciding to stay another night in Tacoma to soak up all the excitement of completing this epic journey, one team went to bed with happy thoughts, only to be awakened by the anxious cries of disbelief from team member Jon Neuman.  The bikes were locked in a trailer that was connected to Jon's Ford F250 pick-up truck.  He had parked them on the second level of the parking garage of the Hotel Murano in downtown Tacoma. Waking in the early hours of the morning, he looked out of his room window to check on the vehicle and noticed everything was missing.

The news of this theft went viral, along with photos and descriptions of the bikes and the truck and trailer. The truck was recovered the next day, abandoned about 20 miles from Tacoma.  On Wednesday, September 24, news came that the trailer was recovered and the stolen bikes were inside. 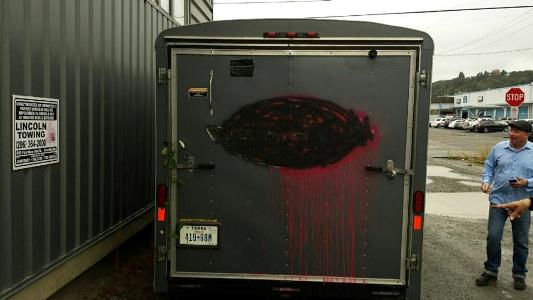 That latest report came from Seattle news station KNG 5 TV where the trailer was located. Meanwhile, we're celebrating the return of those magnificent machines. 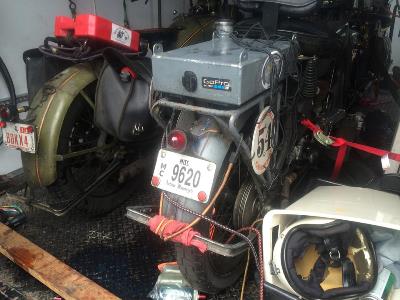 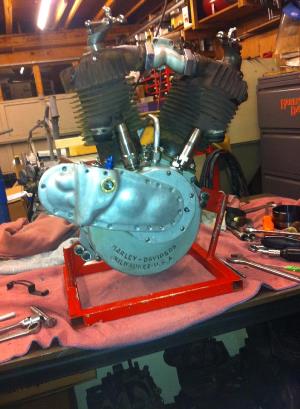 There is no doubt that the immediate response to this theft on social media sites like FaceBook forced the thieves to abandon the truck and trailer so quickly, making off with only the spare motors, a dozen black and yellow tubs with parts and some riding gear. Now, with publication of the VIN on the motors and other descriptions of the parts and clothes, hopefully those items will also be abandoned and recovered.

Full satisfaction will come with the apprehension, arrest and conviction of the thieves.