Two Sides to Every Story

Dateline December 22, 2015:  UPDATE!  See sentencing report at the end of this article.

Overzealous para-military enforcement or felonious behavior by a citizen?

In 2014, Dustin Heathman was supposedly “squatting” in a residence in Williston, Fla., when his father informed police that his son had several warrants for his arrest for a suspended license violation - a minor traffic offense. The Marion County Sheriff’s Department showed up in force, including members of the SWAT team and armored vehicles.

The perplexity of learning the truth about what happened is compounded by bias reporting.

Some publications reported this as a person “Victimized by the Police State” who was brutally beaten by police after he surrendered.  There is a separate federal lawsuit against the Marion County Sheriff’s Department and former deputy Cody Hoppel, who has plead guilty to beating Heathman during the arrest. Hoppel is also being investigated by the State Attorney’s Office’s Case Integrity Team for falsifying reports. The American Free Press views this case as a courageous stand by an individual “to resist and defeat tyranny and oppression.” The American Free Press complains that Heathman is being portrayed as a radical, violent anti-government extremist, based on information the media is receiving from the police. It considers Heathman an American Patriot.

Meanwhile, mainstream media sees this a little differently. When Heathman’s father called police to inform them of the warrants, he also said his son was violent and had numerous weapons.  Any police officer will tell you that two of the most dangerous situations police face are traffic stops and responding to a private residence. You never know what could happen. In this case, they were informed of a violent person with weapons, so it’s not hard to agree their response was justified.  What resulted was a six-hour standoff with police, with Heathman at the residence with his friend, Jenny Brown, who came out when police arrived, but Heathman refusing to leave the house. 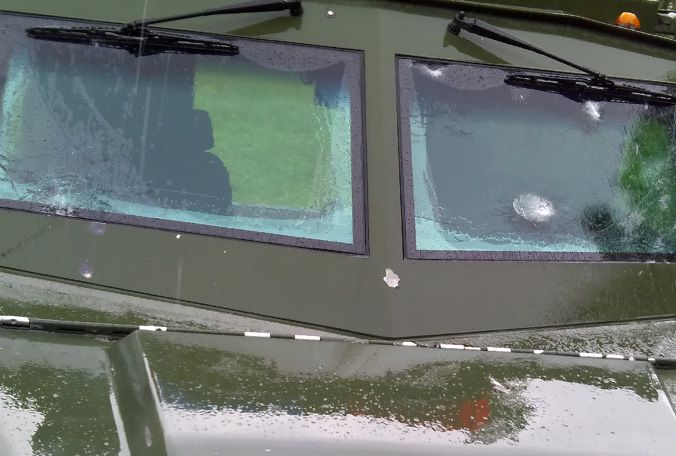 During the standoff, shots were exchanged, with Heathman hitting a BearCat, an armored vehicle, several times.  Police returned fire striking the home numerous times. None of the law enforcement officers were hurt in the exchange, but Heathman was cut by some shattered window glass.  When he finally surrendered, during the scuffle with deputy Hoppel, Heathman suffered a concussion and fractured eye socket.

Did law enforcement over-react by sending so many deputies, a SWAT team and armored vehicles to serve a warrant for a traffic violation?  Were they justified because Heathman was reported to be violent and had numerous weapons? 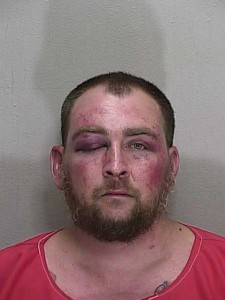 As a footnote to this story, Jennifer Brown will face a charge of Grand Theft Auto after it was determined she stole the vehicle that was parked at the home when police arrived.

Is Heathman an American Patriot, victimized by the current police state in Florida, or a dangerous individual who acted out in a felonious manner?  Depends upon which account of the incident you read and believe.

UPDATE:  On Tuesday, December 22, Dustin Heathman was sentenced to life in prison for his conviction of second-degree attempted murder. Staff writer for the Ocala Star Banner, Nicki Gorny, covered the trial and sentencing.