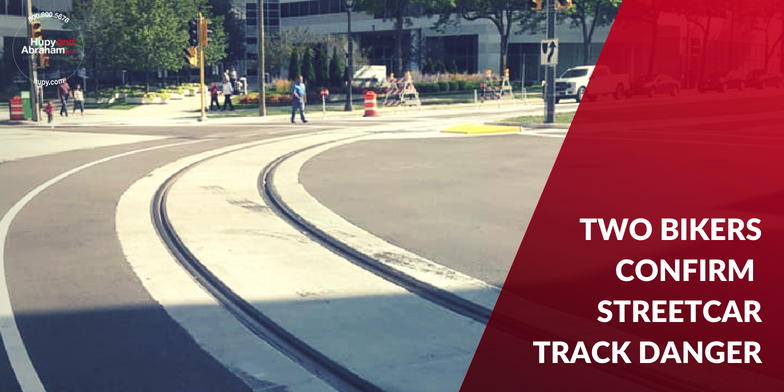 Recently, the city of Milwaukee has undertaken a large project to create a streetcar track system that will connect the Milwaukee Intermodal Station to areas of downtown, the Lower East Side and the Historic Third Ward. The Milwaukee Streetcar (also know as “The Hop”) tracks are indented into the ground, and create a hazard for just about anyone who crosses them.

The Milwaukee Streetcar is set to begin running in fall 2018, but already the tracks are injuring people. Tires of motorcyclists, bicyclists, special-needs vehicles and scooters can easily become caught in the tracks, which puts their occupants in a highly dangerous situation. 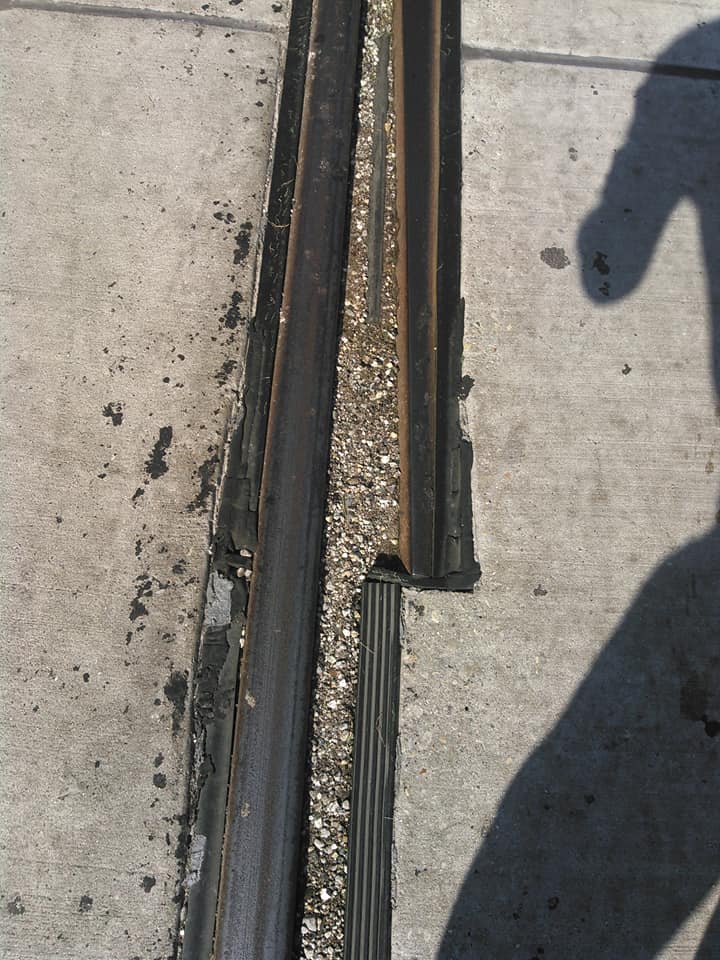 To mitigate this, safety tips from www.thehopmke.com recommend “always (crossing) the tracks in as close to a 90-degree angle as possible, and ride in an upright position as opposed to leaning into the turn.” However, according to riders, this isn’t always possible. 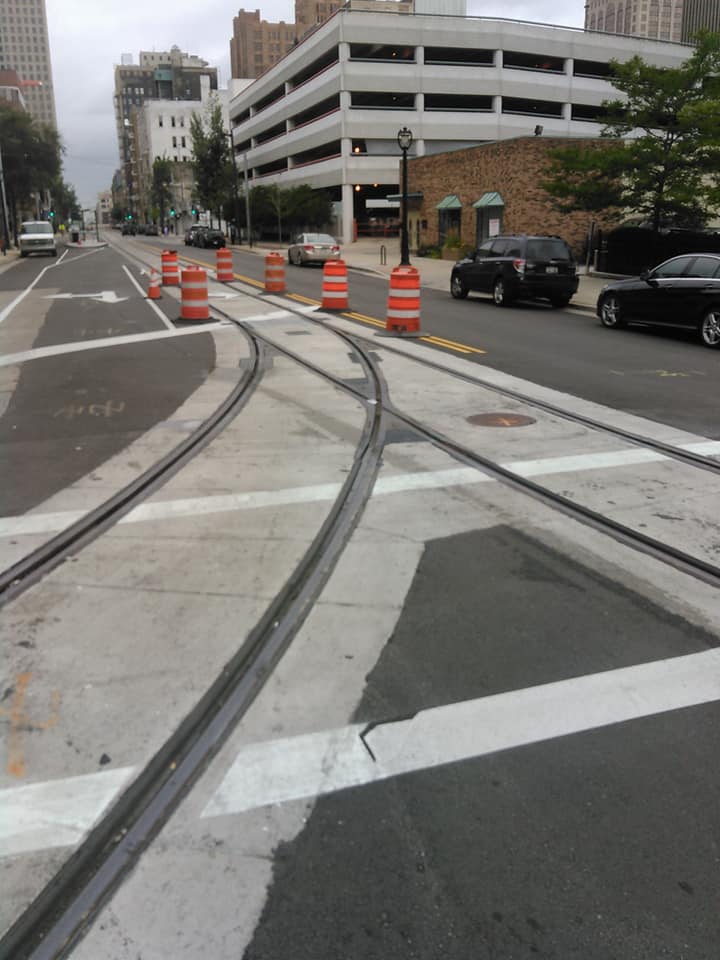 Photo: Multiple tracks compound the difficulty of crossing at a right angle

Two bikers recently took it upon themselves to ride the Milwaukee Streetcar track areas to investigate if it was possible to always cross the tracks safely. This is what they found:

“I have taken my motorcycle along those tracks several times and in not all cases is it possible to take an appropriate angle in relationship to the street. So Michael, you are right on.”

Another biker who wishes to remain anonymous said,

“Michael Hupy has a very valid point. It’s not like crossing railroad tracks, quite different. These tracks run the length of the road. I just took a close look at them and drove my car over them. Not the best surface for driving a car, much less a motorcycle or bike. Check out the corner of Jackson and Ogden”

So far, identified problem areas include:

Since crossing the tracks at a 90-degree angle here isn’t possible, riders are forced to cross at an angle, which puts them at risk for serious injury, or worse. 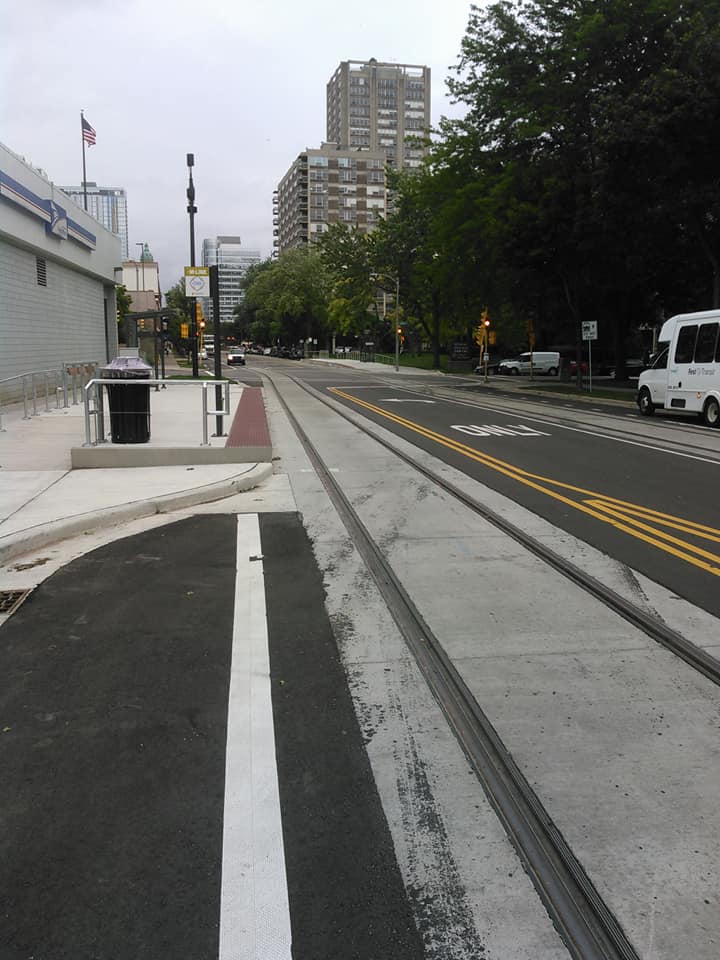 Photo: An entire lane taken up by tracks

The tracks also pose a threat to those who are driving in the oncoming lane. Recently, Attorney Hupy took the case of Aaron Henning, who was thrown from his motorcycle and into the oncoming lane of traffic when his tire became caught in the Milwaukee Streetcar tracks. Read the full case here.

Many in the community are split on their opinion of the Milwaukee Streetcar tracks. Some believe that they present a very real danger, while others feel it will just take time for the city to adjust. Many aren’t aware that Milwaukee had streetcars before. In 1860, the city opened its first line of streetcars using horse-drawn carriages. The system continued to grow until it was converted into an electric system, which was shut down in 1958. During that time, motorcyclists faced the same danger from the streetcar. Motor officer Nels Goodman lost his life in 1837, when his motorcycle tires struck the rutted tracks. 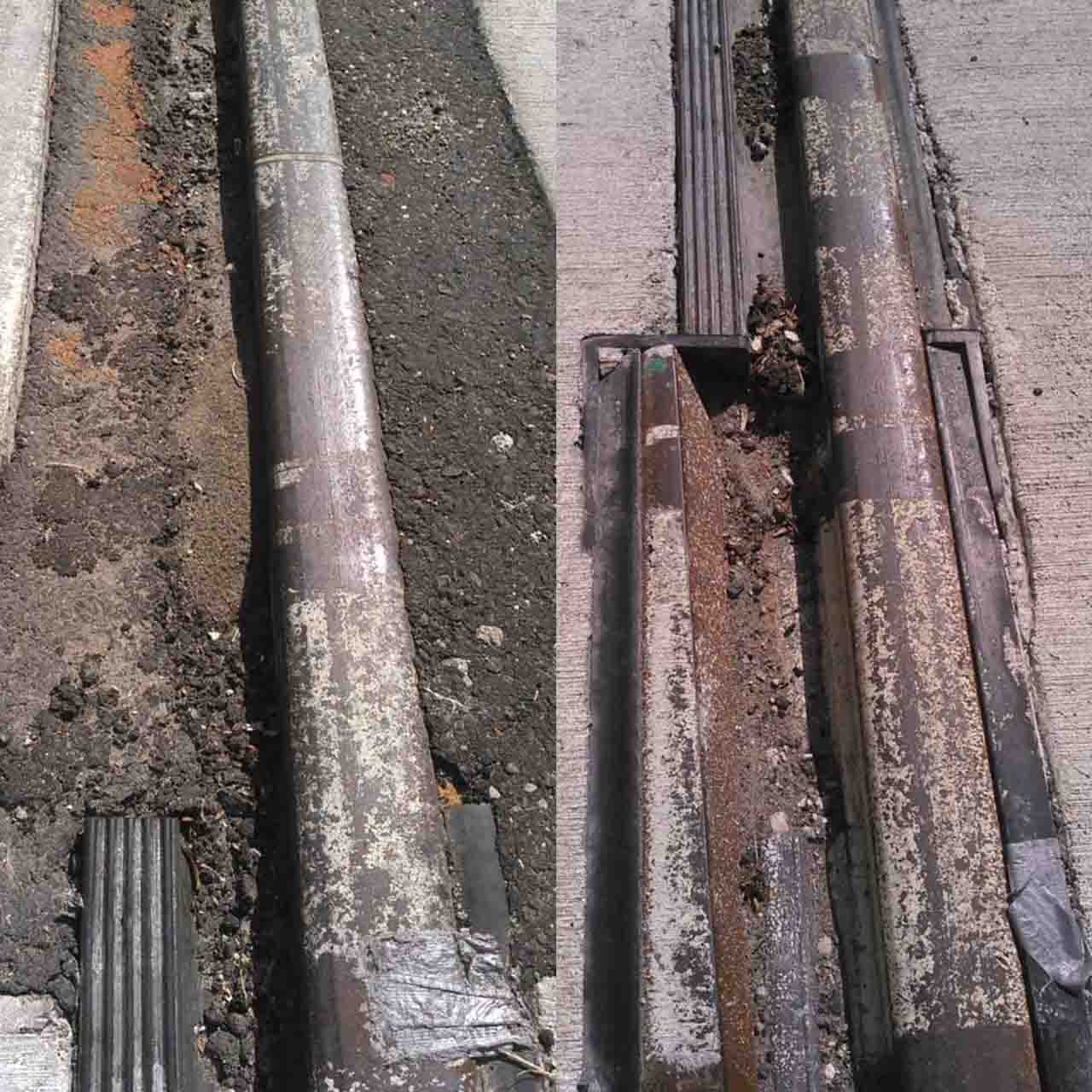 It’s said that those who cannot learn from history are doomed to repeat it. Hopefully, that will not be the case with the new Milwaukee Streetcar.

The law firm of Hupy and Abraham is committed to safety. It has been representing motorcyclists, bicyclists, drivers and pedestrians for over 50 years. New products and campaigns are constantly being developed to try and protect the public, and our team of motorcycle specialists always go the extra mile to make sure every rider is taken care of. To find out more about the Milwaukee Streetcar and other biker news, visit our Current News for Riders page here!