The Ugly Mask of Profiling

The Motorcycle Profiling Project (MPP) deals with the unconstitutional practice of law enforcement agencies and businesses that discriminately profile riders because of their apparel or affiliation with certain groups. News comes to us that in Louisiana for instance, a number of motorcyclists have been stopped and cited for an obscure law that forbids the concealment of identity by means of a mask, hood or other device that hides the person's face. Riders wearing bandanas over their face to protect themselves from the weather have been stopped because of this ambiguous law. The MPP has some very good arguments why citing motorcyclists under this law is misdirected and causes some safety concerns.

This latest information from the MPP reminds me of an article I wrote in November, 2015, dealing with the "anti-mask" type laws and why this is so wrong. I am reprinting it below for your review and hopefully for infomation that may help the MPP fight this latest attack on our freedoms.

Who Was That Masked Man?

I don’t know, but I wanted to thank him 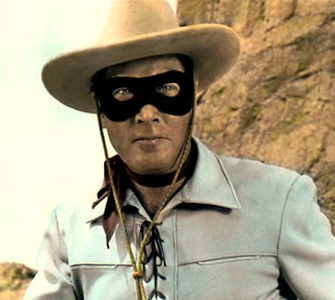 Senator Barrington is proposing a bill to make it unlawful to wear a mask, hood or covering during the commission of a crime or to intentionally conceal a person’s identity in public. The good senator is most likely basing his reasons on the recent protest marches in places like Ferguson, Missouri and New York City that erupted into violence with masked individuals committing vandalism and other crimes.

Penalties for a violation of the proposed law range from fines of $50 to $500 and up to a year of imprisonment. To some, this might sound like a good law based on the over-drenched media coverage of masked thugs looting and smashing windows in Ferguson. But committing a crime while masked or disguised is already a crime in Oklahoma. In fact, that law has been on the books for over 90 years. But Barrington’s bill goes a step further making it a crime “to intentionally conceal your identity in a public place by means of a robe, mask, or other disguise whether or not a crime was being committed.” Of course, the obligatory “to make public spaces safer for everyone” claim is added as justification for such extreme measures.

Georgia has had a long-standing law outlawing the use of masks in public and that law was tested in The State v. Miller, S90A1172, (260 Ga.669) (398 SE2d 547) 1990.  Known as the Anti-Mask Act, Miller was arrested for wearing the hooded mask with a full Ku Klux Klan robe. He challenged the constitutionality of the law under First Amendment protections of freedom of expression and freedom of association. He won in lower court, but upon appeal by the state was found guilty.  Relying on public safety, the Anti-Mask Act is intended to deter threats and intimidations by persons or groups wearing masks. It’s not hard to see the act was written to thwart the activities of the Klan while wearing masks, which in itself caused intimidation, fear and was considered a threat.

Neither the Georgia law or the proposed Oklahoma law require the actual intent to commit a crime or any conduct suggesting the mask wearer is knowingly acting in a threatening or intimidating way. It is simply stated that concealing your identity “in public” is forbidden.  This contradicts an accepted belief that criminal statutes should favor human liberty and the accused over the state, and require an actual intent on the part of the mask wearer. It’s called Mens Rea-- having a guilty mind or a general intent to knowingly commit a crime.

In 2010, after the G-20 Summit protests in Toronto, Bill C-309 amended the Criminal Code to make it illegal to wear masks during a protest march or demonstration. This law was criticized as being redundant (much like the Oklahoma proposal) because there were already laws dealing with committing a crime while masked.  Marching in protest of something is not a crime, but vandalizing property is. The problem with the Toronto Bill was it cast a net over everyone in a protest march who was masked, whether they engaged in criminal activity or the legal activity of assembling or marching in protest of something. For that reason it is ambiguous in its application and violates the expression of speech and right to assemble.

Similar protests to the law in Canada materialized during the 2011 Stanley Cup riots in Vancouver and the Montreal student protests over tuition fees in 2012. Simply marching while wearing a mask was cause for dozens and sometimes hundreds to be arrested, irrespective of criminal activity or not.

So how do these laws that are apparently in conflict with basic rights of free speech and expression get on the books in the first place?  Usually some incident garnering national attention in the media sparks the initial flame in a lawmaker to address a perceived problem. The media fuels this flame with selective news clips and images portraying the news media’s bias.

Then we come to another legal concept known as Malum Prohibitum.  State legislators are paid to make laws. Many times, that which was legal yesterday is illegal today, because some legislator wrote a bill and it passed into law. That’s Malum Prohibitum; made unlawful by statute for the public welfare, not because it was inherently evil or involved moral turpitude.

So, if Barrington has his way, Sooners will be restricted from wearing masks or hoodies in public. That begs the question, what about Muslim women in niqabs, or individuals wearing surgical masks to isolate themselves from airborne pathogens? Will sporting event spectators be prevented from painting their faces with their team’s colors in the future?  And the biggest questions of all-- will criminals refrain from committing crimes while masked in lieu of the new restrictions?  Hi-Yo Silver! Away!