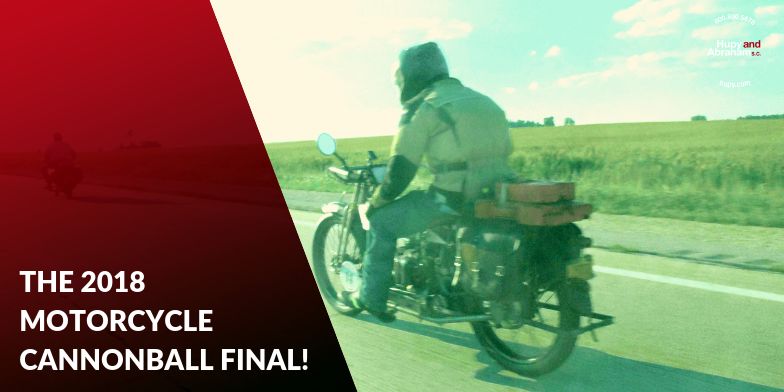 The Motorcycle Cannonball 2018 final is in the books.

This epic journey, from Portland Maine to Portland Oregon, started on September 8 and concluded September 23.  Total distance for the ride was 3,441 miles, all but 10 miles on scenic backroads of America.

Many of the riders returned from the 2016 Cannonball and a few of the riders have been on every Cannonball since 2012.  Shinya Kimura has been on every Cannonball since the first in 2010, on his 1915 Indian.  The Cannonball is a test of endurance that pits the rider and machine against mother nature, challenging geography and fatigue.  Total distance for each day’s ride rarely exceeds 250 miles, but it takes these vintage machines nine hours or more to cover that distance.  This year’s event restricted registration to model year 1928 and earlier. There were three classes which consisted of Class I, one-cylinder bikes with no transmission, Class III, multi-cylinder bikes with transmission, and Class II, any other bikes which did not fit into class I or class III.

Each day, around 8 AM, Class I riders were the first to embark, followed by Class II and then Class III.  To qualify for total points for the day, riders must complete all the miles and finish at the end by an assigned time.  Failure to start or finish results in point loss for the day. Infraction of any rules could result in a disqualification.

Milwaukee rider Chris Tribbey was in first place for the first stages of the Cannonball, but due to valve failure and later problems with his brakes, he only registered 2,857 miles, placing him in 74th place overall. Still, an impressive end for the early leader on his 1911 Excelsior K single cylinder. 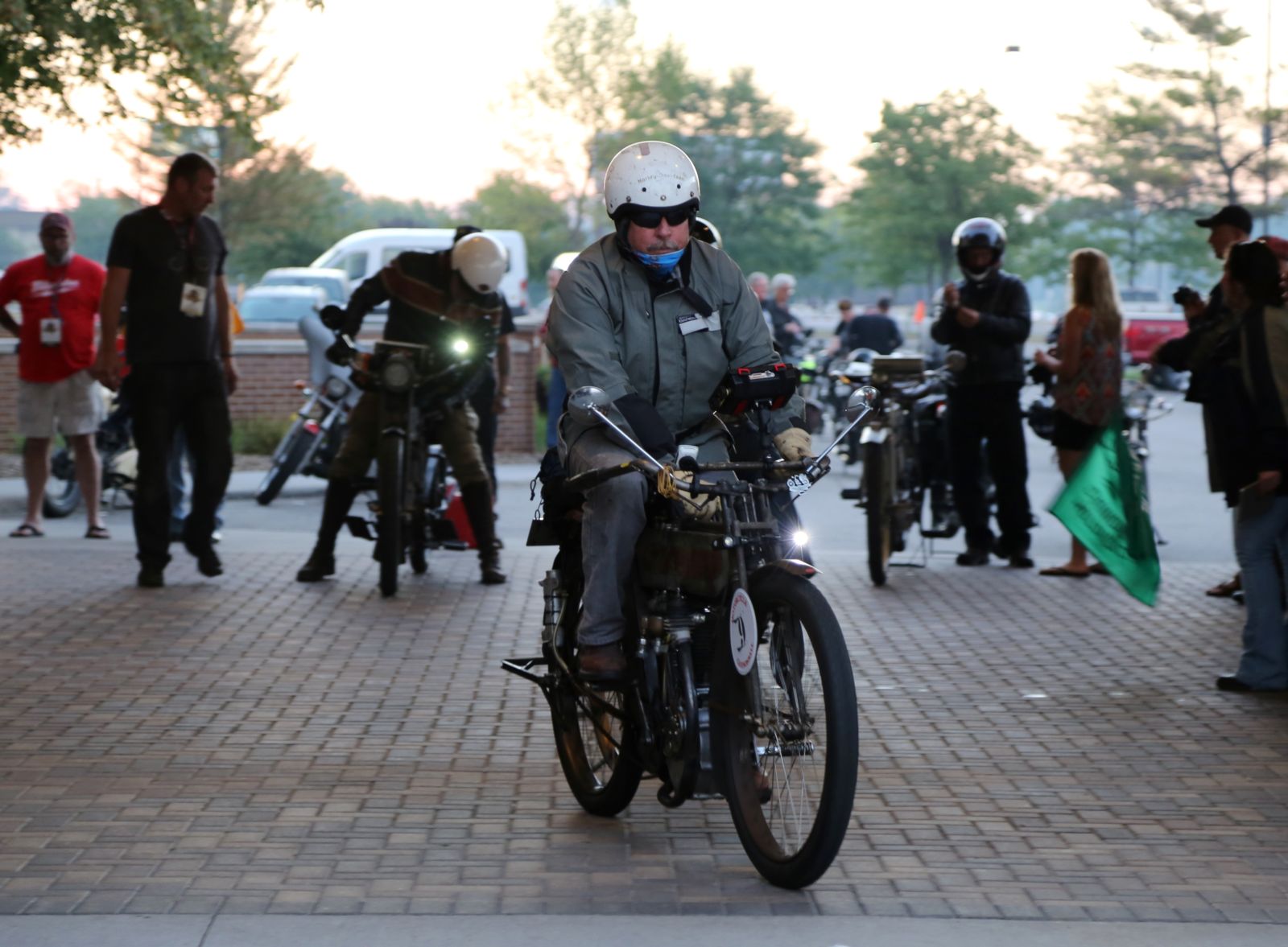 Tied with Chris for total miles throughout the early stages but placed in second place because his bike is 12 years newer than Chris’, Dean Bordigioni went on to a perfect score and ended in first place overall. He rode a 1923 Harley-Davidson JF.

Of special note is the fact that four women competed in this year’s Motorcycle Cannonball.  Finishing in third place on her first Cannonball attempt was Andrea Labarbara on a 1913 Henderson, a most respectable finish. Coming in at 25th place was Kersten Heling on a 1922 HD J model. It was Kersten’s first attempt at the Cannonball and she and her father Doc Hopkins were the first father-daughter team to compete. Doc participated in his first Cannonball in 2016. 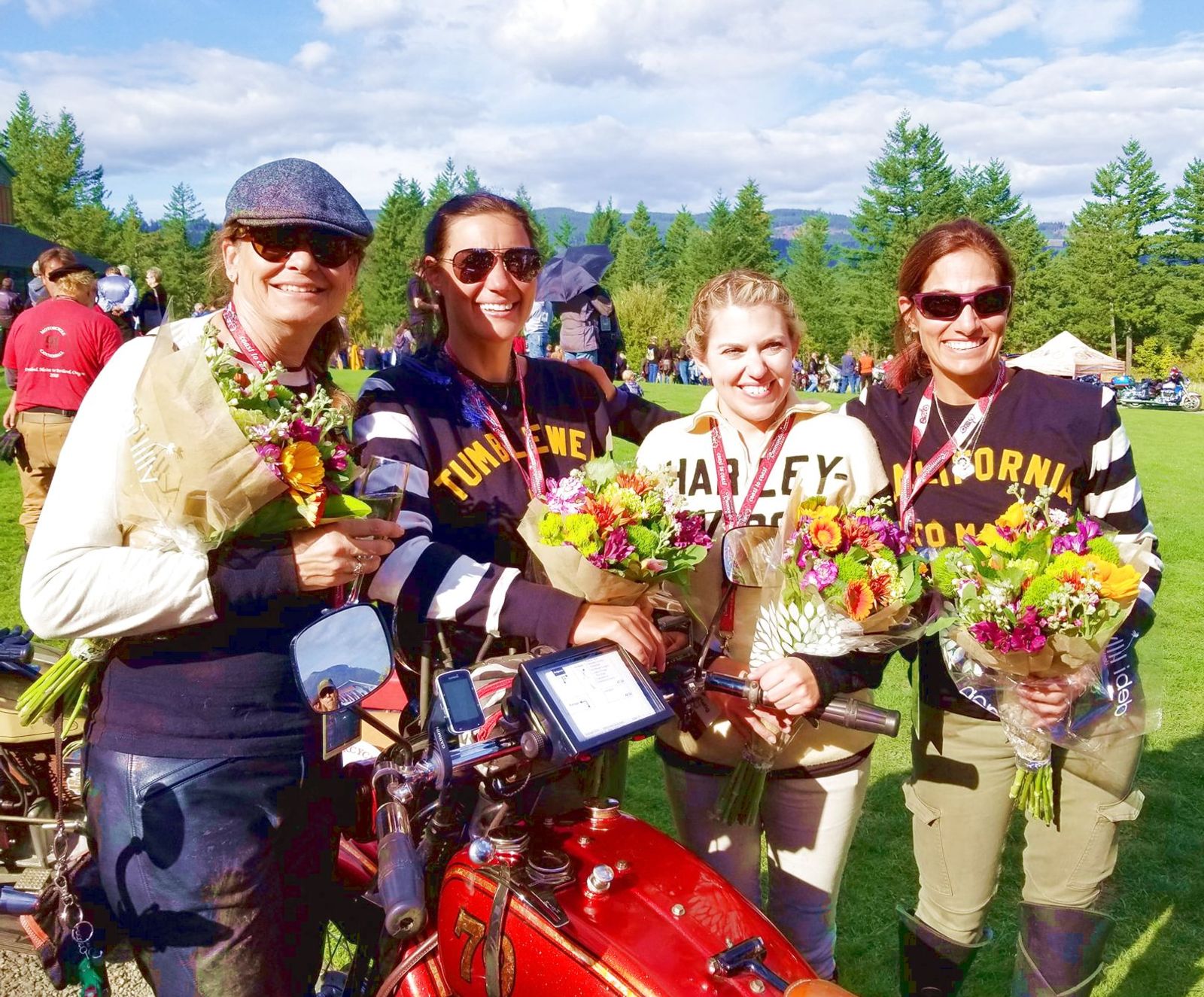 Jody Perewitz, land speed record holder and accomplished bike painter, finished in 32nd place out of 107 riders aboard her 1926 HD JD. It was Jody’s first Cannonball but most likely not her last. Rounding out the four women riders was Cris Sommer Simmons, riding in her third Cannonball and coming in at 65th place.  Andrea, Kersten and Jody all completed the entire 3,441 miles but unfortunately, due to some mechanical problems, Cris only completed 2,857. Most importantly, she was able to remedy the mechanical problems and rode across the final finish line.

You can learn more about the Motorcycle Cannonball, its history, route, rules and rider profiles, by visiting the Cannonball website here.  There are no losers in this event, only winners who conquered the grueling cross-country trek on vintage motorcycles. Forty-five riders out of 107 completed all 3,441 miles for perfect distance scores. Final standings depended on class and year of the motorcycle, with benefit given to the oldest bikes.

Winner of the 2018 Motorcycle Cannonball, Dean Bordigioni of Santa Rosa, CA gets the checkered flag. 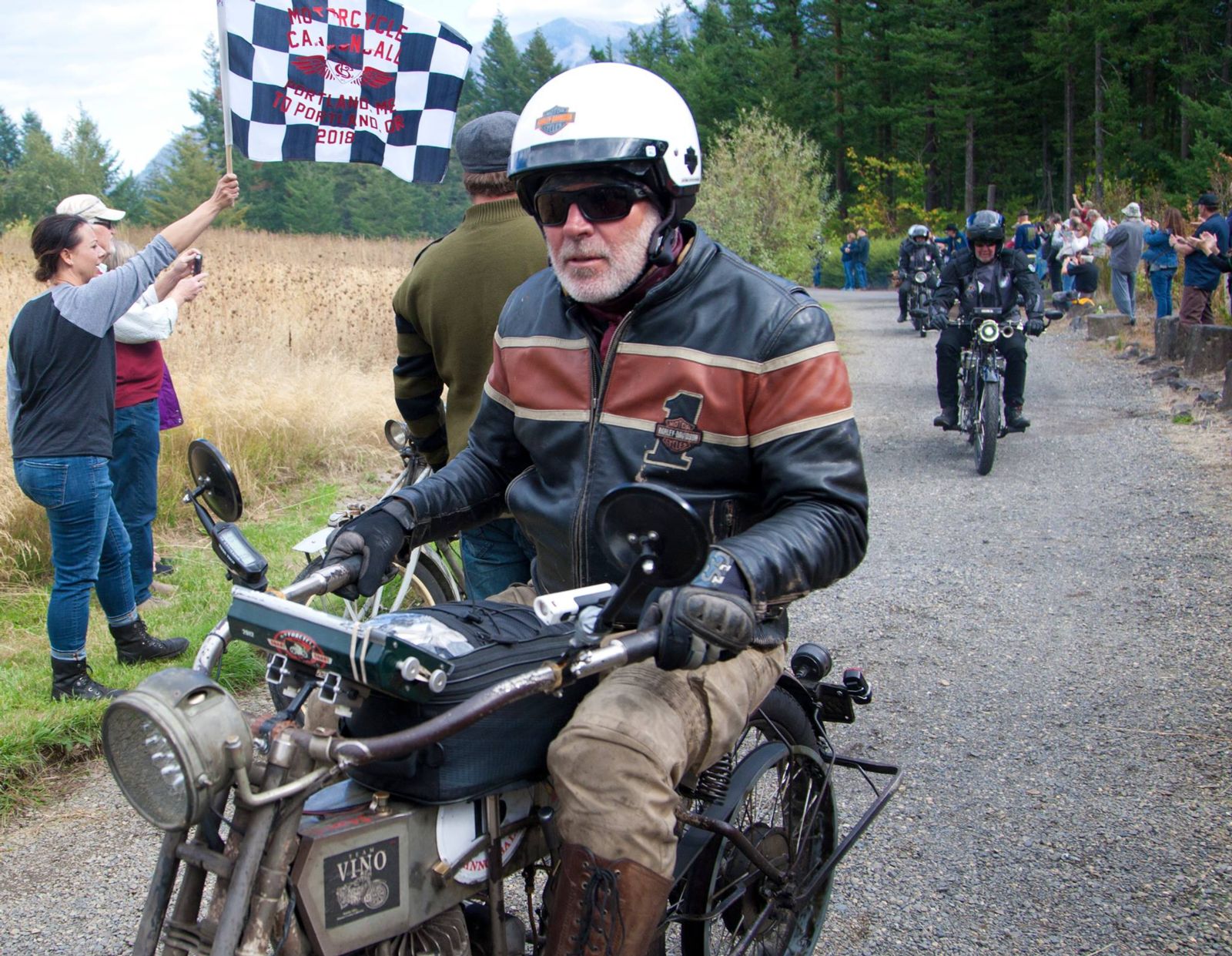 Photos of Cris, Jody, Kersten and Andrea and of Dean Bordigioni by Felicia Morgan