Posted on Apr 11, 2017
The first Motorcycle Caucus for the U.S. Senate has been established by two lifelong motorcyclists.

The bipartisan group has been created by republican Senator Joni Ernst, Iowa, and democrat Senator Gary Peters of Michigan. Senator Peters explained, “Motorcyclists come from all walks of life, and I can’t think of a better way to bring together a diverse and dedicated group of advocates to discuss everything from safety concerns to manufacturing. I’m looking forward to working with Senator Ernst as co-chair of the bipartisan Senate Motorcycle Caucus to foster these important discussions and find common ground with motorcycle lovers across the country.”

Both Peters and Ernst campaigned in their respective states from the seat of a Harley-Davidson motorcycle. Senator Ernst gained huge recognition and loads of support with a campaign ad in which she rode her motorcycle to a shooting range and proceeded to take aim on targets as she promised to take aim on issues of concern to her constituents. You can view that commercial here.

Although touted as the first motorcycle caucus in the senate, it’s not the first such caucus. Several years ago, congressmen Michael Burgess, Texas, and Tim Walberg, Michigan formed a motorcycle caucus for the House of Representatives. Even that wasn’t the first established motorcycle group for federal legislators. Back in the ‘80s, then Senator Ben “Nighthorse” Campbell started a group for fellow motorcycle riding legislators called Lawmakers. That group, now led by South Dakotan John “Putter” Putnam, meets every year during the Sturgis Motorcycle Rally.

The goals of the newly formed Senate motorcycle caucus mirror those of its counterpart in the House. Sensitive to the needs of motorcyclists, the two groups encourage motorists to be aware of motorcycles in order to promote safety.

Currently, there are some other issues that have the attention of the motorcycle caucus. There is a deep concern over the so-called “beef trade war.” The European Union has a ban on hormone-fed beef, blocking imports from the United States. Answering the ban, the U.S. is threatening to levy a 100 percent tariff on small-displacement motorcycles from European manufacturers.

Motorcycle and accessories manufacturers also have the ear of the caucus. Their concerns include the increasing regulations from the EPA on emission and noise standards. The caucus is also keen to protecting motorcyclists from some motorcycle manufacturers, several of whom have been trying to revoke the “right to repair” law. If successful, it would be illegal for riders to work on their own motorcycles, greatly benefitting manufacturers and adding to their profit margin.

A final concern, and one which could ultimately exclude motorcycles from roads altogether, is the trend in manufacturing autonomous vehicles and vehicle-to-vehicle communications. It’s not known how or if motorcycles will fit into that scenario. 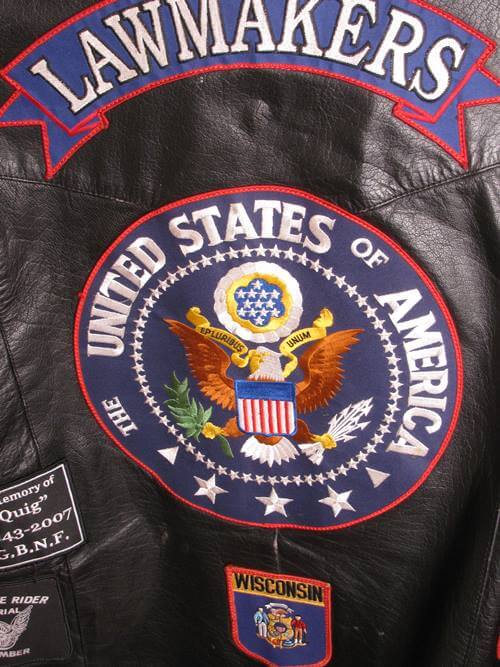