Each year, Accident Scene Management (ASM) has a fund raiser to help the organization meet its financial goals and obligations. For the last several years, the River Road Fund Raiser has visited Iowa for some of the best scenic riding in the area. 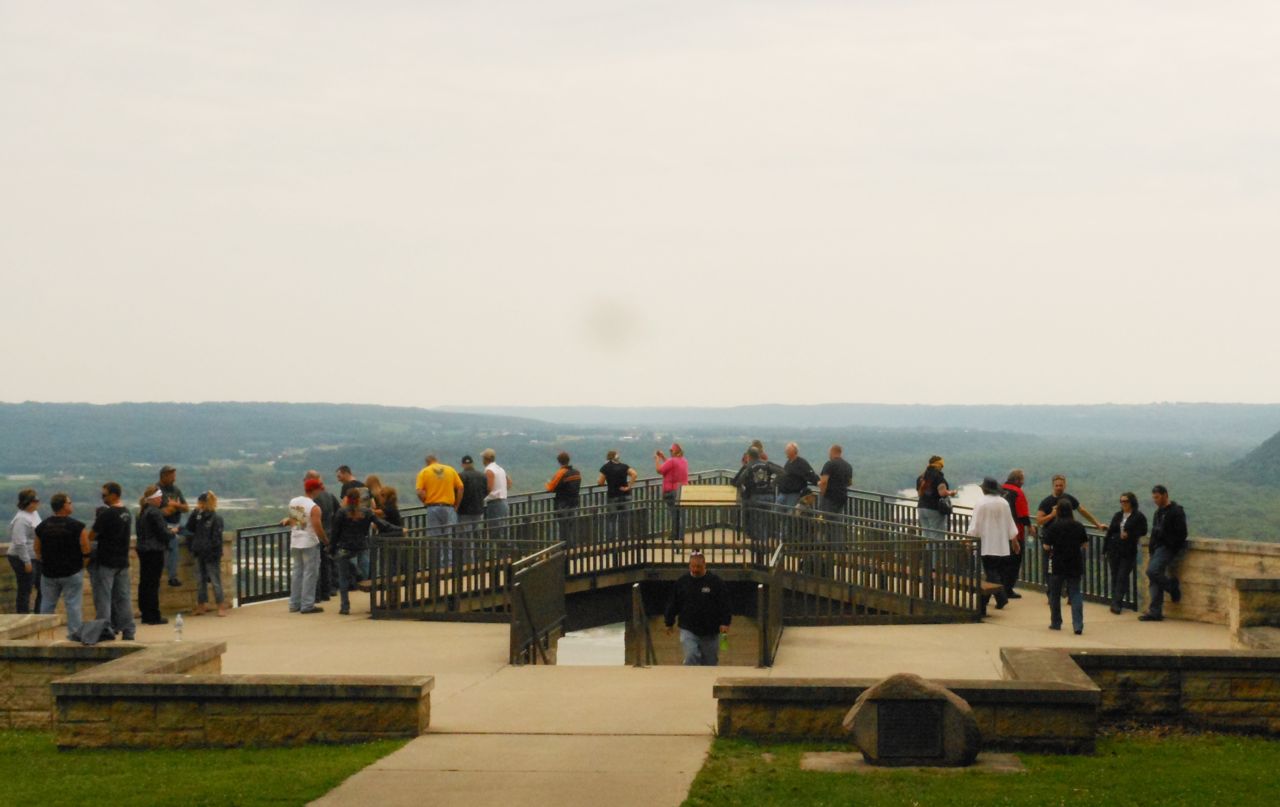 This year's event took place from July 18-20, with emphasis on the northeast corner of Iowa.  Staging in Dubuque, riders enjoyed a pre-ride party and shopping at Dubuque Harley-Davidson. The dealership provided the evening meal and a place for early registrations for Saturday's Poker Run.

Riders enjoyed perfect weather as they rolled north out of Dubuque in small groups along the Great River Road. The rolling hills and breathtaking vistas provided many photo opportunities for group pictures as the groups passed through Sherrill and stopped at Balltown for breakfast at Breitbach's restaurant, an historic place with an interesting history.  Although they have a full breakfast menu at Breitbach's, most riders opted for the famous pie selections the restaurant is known for. 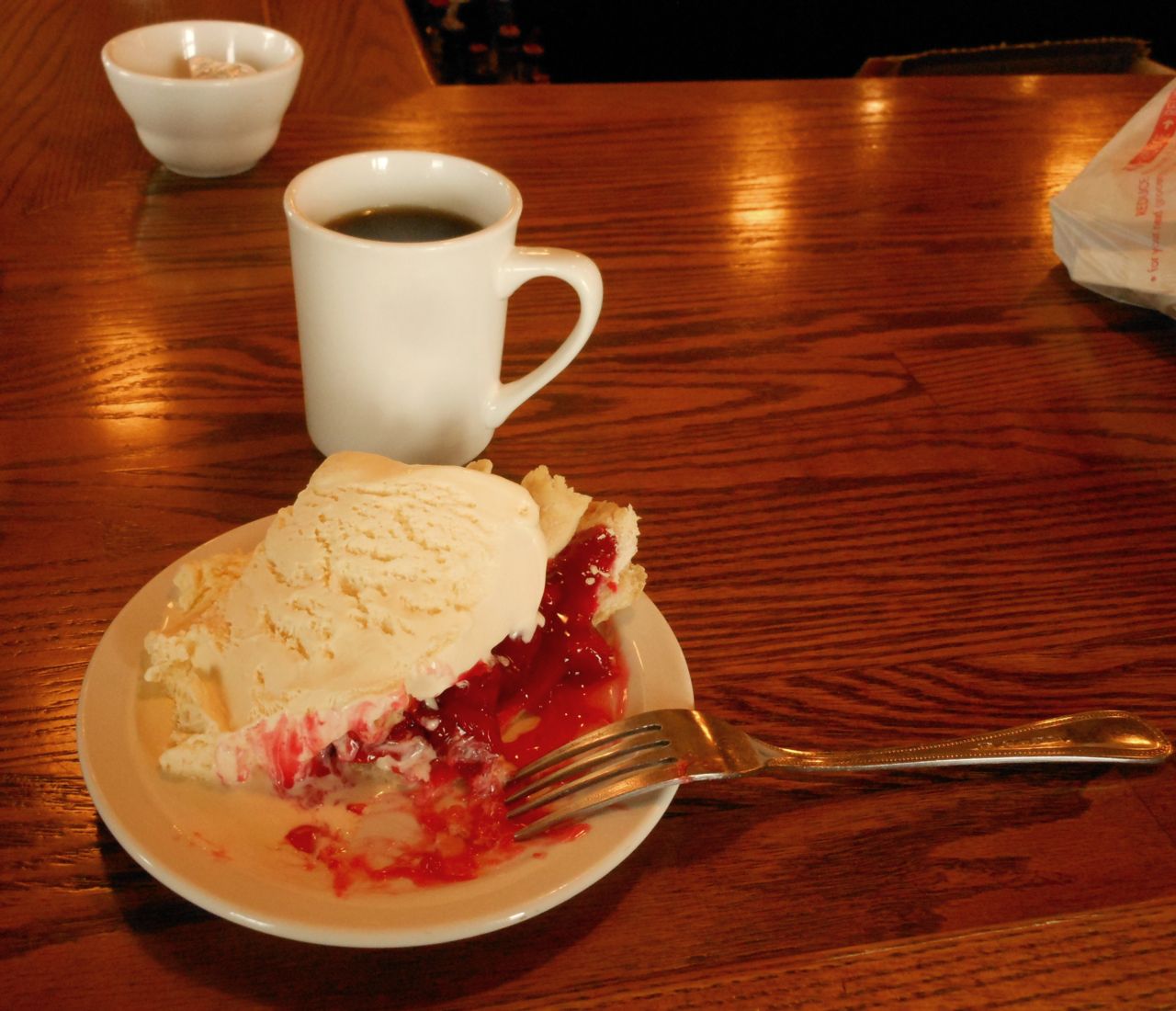 Staying on the Great River Road, the ride passed through McGregor, Iowa, a River Town for River Folk and crossed the Mississippi River into Prairie du Chien, Wisconsin.  Traveling south along the Great River Road on the Wisconsin side, the ride continued through Cassville, a lunch stop, and Potosi for a tour of the local brewery there. The final stop before returning to Dubuque was in Galena, Illinois, always a crowd pleaser.

Riders from five states enjoyed this exceptional event, and one rider, Bill Black, came all the way from New York with his wife as passenger on his 2006 Honda Goldwing. Bill spoke at the evening reception held at Carlos O'Kelly's in Dubuque. He is a paramedic licensed in New York, Pennsylvania and Connecticut and an EMS Instructor for the past 20 years. He also is an American Heart Association Instructor/Trainer in BLS, ACLS and PALS and a founding member of The Knights of Life MC, a club consisting of EMT's, Paramedics and other health professionals. He reaffirmed something Vicki Sanfelipo has been saying for several years; there is little or no motorcycle specific trauma training in the EMS curriculum. He was happy to learn that Vicki was pushing for that type of training to be included in EMS training and he has been urging the same thing in New York. Recently, the Motorcycle Riders Foundation (MRF) has included motorcycle specific training for EMT's in its 2013-2014 Legislative Agenda, after Vicki lobbied the MRF to learn more about this issue. 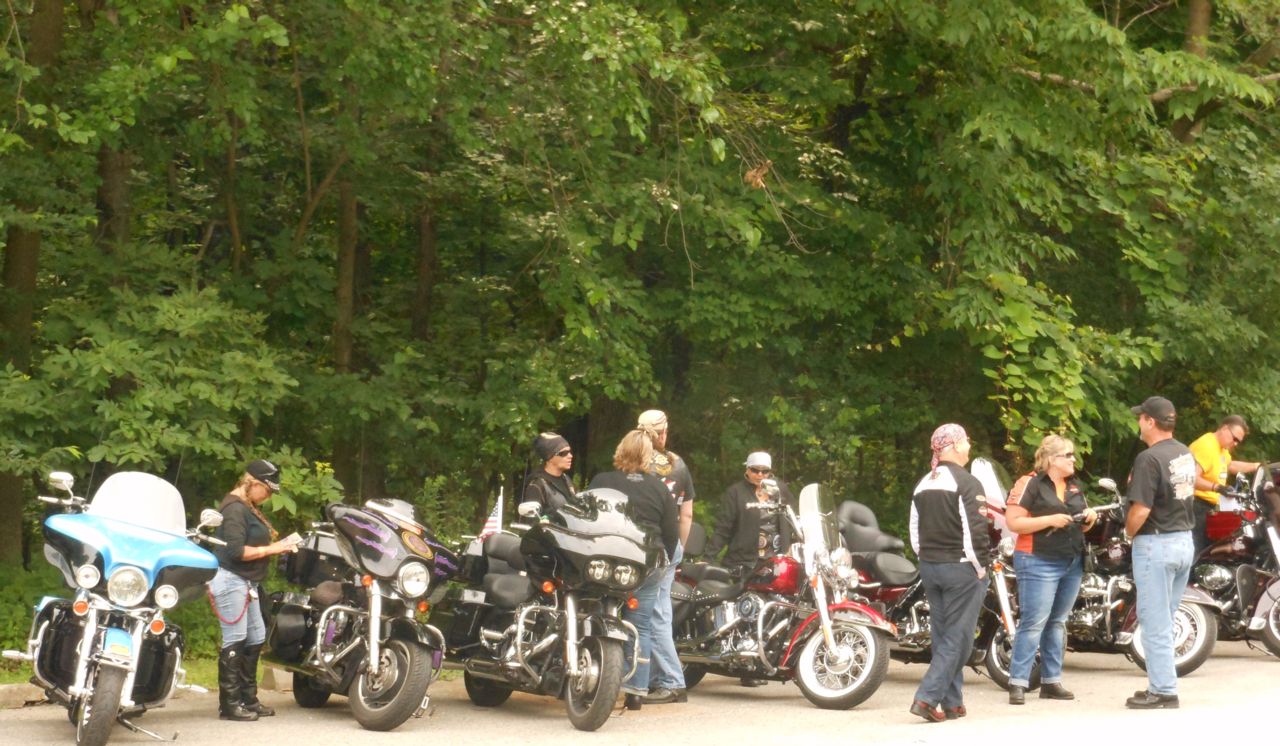 Hupy and Abraham, S.C. is proud that it has been on board with ASM from the beginning in 1996 when Vicki Sanfelipo founded the non-profit organization. The law firm has donated over $50,000 in support of ASM's goals and continues to be the largest financial donor today.  Thanks to Hupy and Abraham, S.C. and other supporters, including the participants of the River Road Fund Raiser, ASM has grown to having classes in 30 states and has taught over 25,000 students in bystander assistance at a motorcycle crash scene.  In 2010, ASM expanded to Australia and in 2013, new instructors started teaching in New Zealand and South Africa. This year, another class started in the Philippines.

Vicki and Chris Hawver are co-founders of The Road Guardians, a continuing education organization which combines with ASM to help save lives through education and safety initiatives. They are both grateful for all the support the sponsors and riding community has shown them in their quest to reduce injuries and fatalities among the world's motorcyclists. 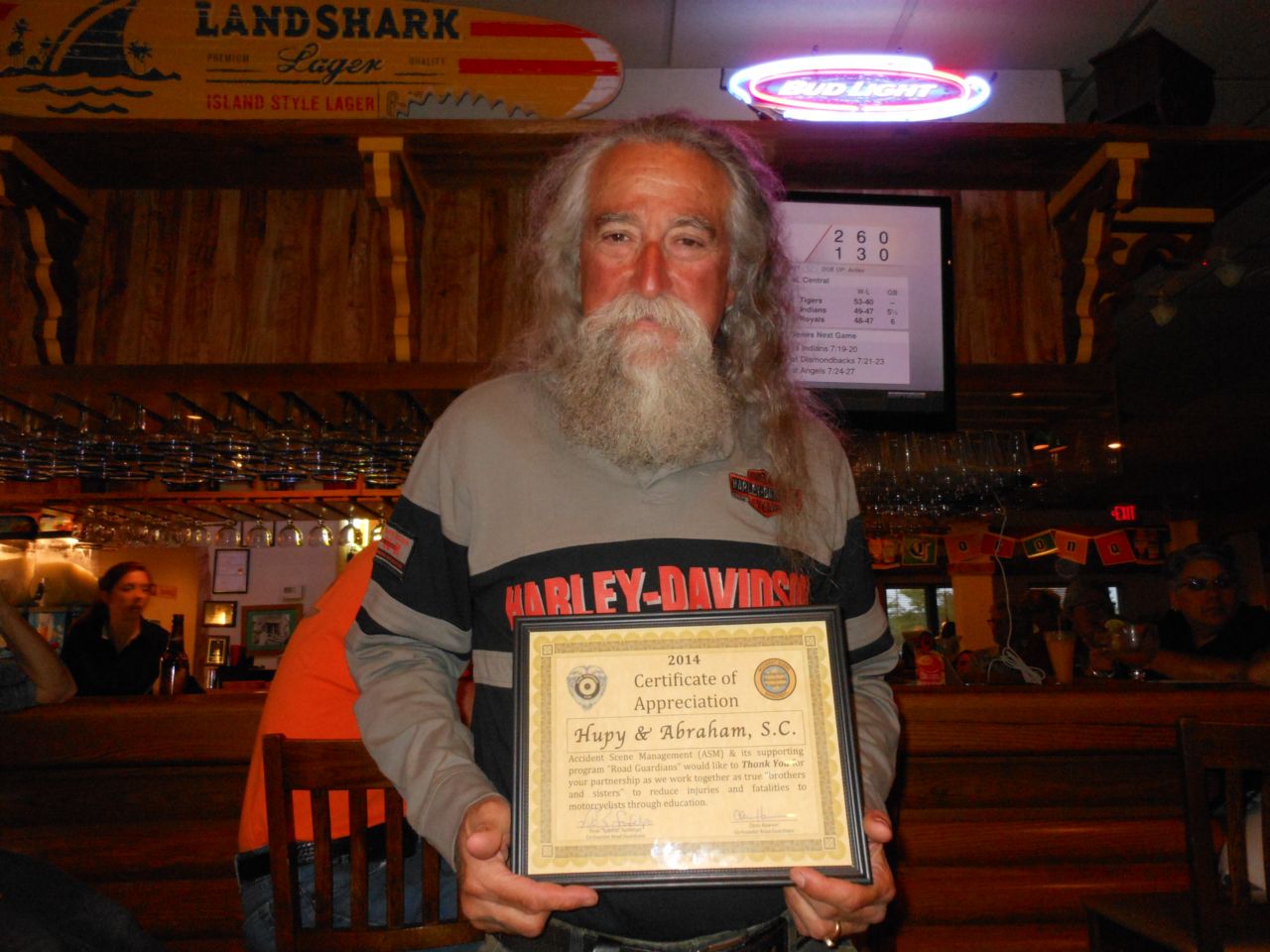