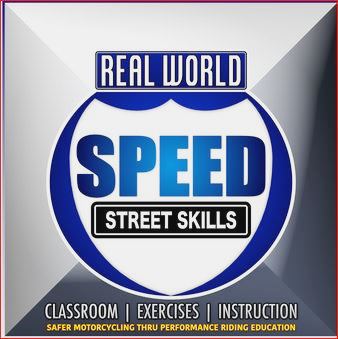 On Monday, June 27, I had the opportunity to enroll in the Motovid Real World Speed Street Skills class. You may have read about this class in a recent Milwaukee Journal Sentinel article by Rick Barrett

Our firm, Hupy and Abraham, S.C., is a proud sponsor of the Motovid training. Melissa Juranitch and I participated in the class on a hot and humid day at the Milwaukee Mile at Wisconsin State Fair Park.  This was the first time in decades that motorcycles were on the track at real speed at the Milwaukee Mile, and the first time ever that Motovid traveled from its usual training center at Blackhawk Farms raceway in Illinois to teach at the Mile.

I was pleased to see that some other Harley riders were in the paddock when I arrived, thinking I was going to be the only cruiser among many sport bikes. We were greeted by a team of instructors who made us feel very welcome. Each bike went through a tech screening to make sure tires, brakes and the general condition of the motorcycle were safe. Everyone had the opportunity to check tire pressure and use a portable air compressor if needed. Then it was classroom time in the media center for some basic instruction, rules of the track and a syllabus of skills we were going to practice. 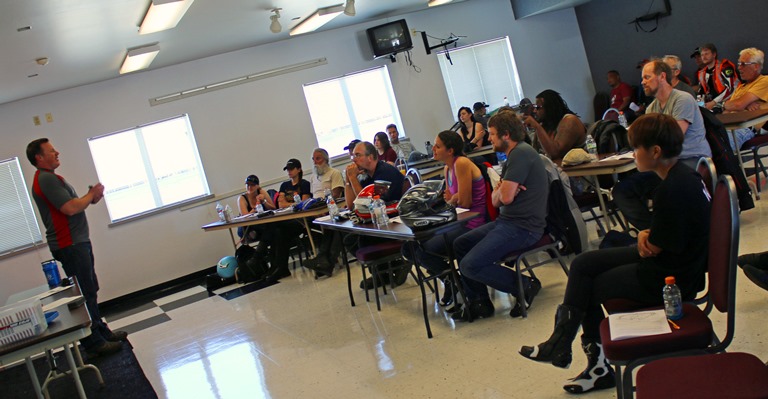 Motovid instructor and Real Speed course author Jason Herheim provided all the basic information we needed to get started in an easy-to-follow format, interspersed with motorcycle humor. Also provided were snacks, a great lunch and plenty of fluids in the form of water, energy drinks and electrolyte replacements. Hydration was not only urged, it was mandated on this hot Monday afternoon.

We left the media center knowing that eventually we’d make it to the racetrack, but we were not in a race. In fact, we would never reach the speeds the Milwaukee Mile is designed for, but we would certainly be riding a lot faster than any Motorcycle Safety Foundation class any of us had taken in the past.  Our first exercises were designed to loosen us up while practicing some basic control maneuvers. There were two courses laid out involving cone weaves. The straight-line weave started with cones spaced 15 feet apart, narrowing to 10 feet and finally to eight feet between the cones. Not terribly hard, but it forced riders to lean and turn their heads to avoid running over the small cones. As Herheim reminded us, “Every time a cone is hit, a puppy dies.”

A little dark humor, but it brought home the fact that hitting cones was equivalent to hitting objects in the road, like puppies. The second weave course involved cones set at an offset, starting with a three-foot offset and tapering to an eight-inch offset, 15 feet apart. The second course was a lot more difficult to maneuver, and unfortunately, I sent two puppies to heaven that day in the first two runs. Thankfully, applying proper clutch and throttle techniques in subsequent runs saved the remaining puppies. 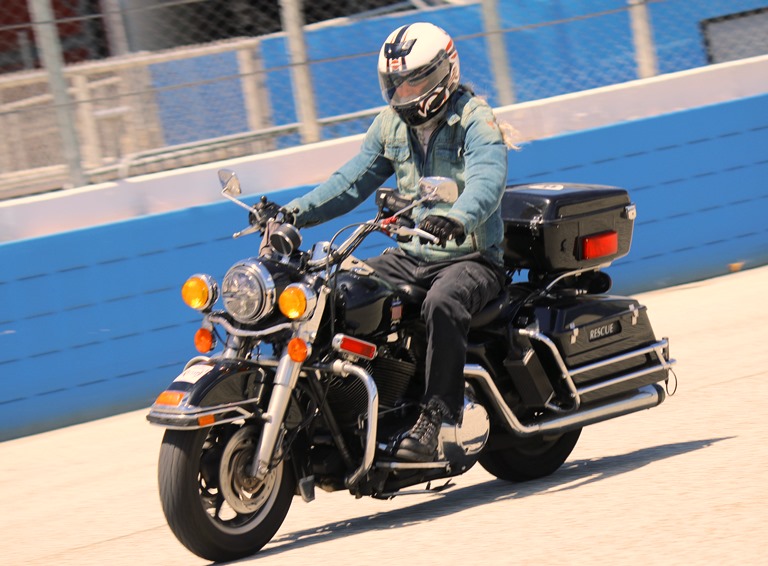 Now it was time to get on the track. We used about half of the mile track, thanks to some ingenious traffic cone placement that channeled us through the infield to the chicane, and then back out to the front straightaway. It was a learning lap, and we headed back to the media center for some discussion. “What did we notice about the track? Did we see the pavement changes, some line paint, a little weed growth at the infield entrance, etc.?”  In other words, unbeknownst to most of us, they were testing our awareness skills, something racers do when they preride a course in order to decide what line to take in curves, and what obstacles or other conditions on the track might cause a problem.  By following the coaches, we also learned the entry and exit points from the track and learned what direction the various cone placements were guiding us to.

Essential skills included reading a corner, slowing while looking through the turn and smoothly turning the throttle back up to speed. We practiced entering the chicane in three different lanes, recognizing the apex and hitting the exit onto the straightaway no farther than center track each time. Our speeds at the entrance to the infield were approximately 35-40 miles per hour, and similar through the chicane, rolling out to the track where we reached 70 mph and more down the stretch. Later in the day, we practiced refining our corner entry speeds by selecting a gear one shift lower than we were using previously. For me, I was down the straightaway in third gear at 70 mph, and then smooth braking and deceleration through the turn without further downshifting. It was an eye-opening experience. My 2005 Road King was never put through a tight turn, decelerating from 70 mph, remaining in third gear the whole time.

After some floorboard scraping, something the sport bikes didn’t have to contend with, I applied some body-positioning techniques they taught us, changing where my body mass was during the turn. By leaning my body properly, changing the center of gravity, I didn’t have to lean the motorcycle as far to accommodate the turn, thereby saving my floorboards and possibly me from the possibility of catching the support and flipping the bike.

Several rider coaches were riding with us, sometimes in front to indicate the proper line to be in when entering a tight turn, and sometimes behind to monitor individual progress and give a thumb up or suggest a change in technique. That personal coaching and encouragement was invaluable. 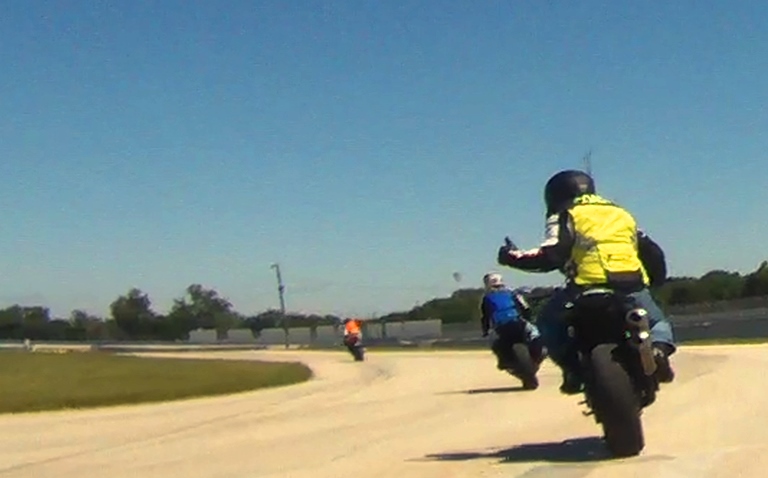 There was also a drill on proper braking for effect. Not the usual 20-30 mph speed buildup before braking, but accelerating to 40 mph and more before aggressive braking. This was accommodated by the use of a radar gun and measuring wheels to check speeds and stopping distance. Again, no puppies had to die.

I was totally impressed with the Motovid Real Speed Street Skills course and highly recommend it to anyone who wants to increase skill and confidence. Motovid would like to offer this course at the Milwaukee Mile again this year, possibly in September, if there is enough interest. You can find more information at www.Motovid.com .

If 70 mph isn’t fast enough for you, consider enrolling in one of Motovid’s Track Days events. Using a proven format, you can practice with riders of similar skill on a controlled environment, providing safety while you experience the thrill of fast track riding, if that’s your desire. The coaching staff at Motovid is comprised of trained instructors and racers with MSF accreditation and club level road racing championships.

I’m considering taking one of the track days on an EBR S1190. Although I love my Road King and my ’48 Panhead, I don’t think either of them is ready for the 100 mph and higher speeds a road course offers. You’re never too old to learn new stuff.