You might think police tactics only affect criminals. After all, you haven’t committed any violent crimes lately, so why should you care? As it turns out, an increasing number of people who’ve seemingly done nothing wrong are being treated like criminals. 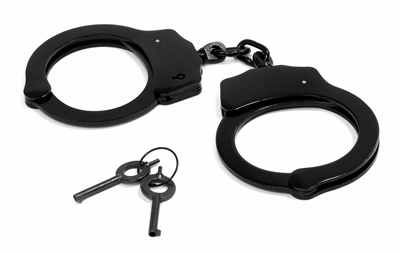 For example, high school student Cedrico Green found himself going back and forth between school and juvenile detention for petty infractions such as being late to class and violating the school’s dress code. Reason being: Green was still on probation for his involvement in a fight that occurred when he was in eighth grade. Therefore, his school-based infractions were considered probation violations.

In 2013, three black teenagers were arrested for loitering while waiting outside for a school bus. The boys, who were star athletes, were waiting to be taken to a basketball game. When their coach arrived, he too was nearly arrested for defending the teens.

The charges were eventually dropped. Still, it’s alarming that those boys were treated like criminals after doing nothing wrong.

Furthermore, police are using intrusive tactics in conjunction with the War on Drugs. Citizens nationwide have reported horrifying stories of being cavity searched without consent.

David Eckert, a New Mexico citizen, claims he was pulled over for a rolling stop and taken to a hospital where he was subjected to X-rays, enemas and a colonoscopy. They were searching for drugs, of which they found none. Afterward, the hospital sent Eckert a bill for their “services.”

In 2003, George Norris, an elderly gardener, had his nursery raided by armed federal agents. They accused Norris of being a “kingpin smuggler” of a protected species of orchid flowers. Unable to finance his legal battle, Norris eventually served 17 months in a federal prison.

At the turn of the century, New York City implemented an aggressive “stop-and-frisk” policy for anyone who looks suspicious, also known as “terry stops.”  From 2002-13, NYC police were conducting hundreds of thousands of terry stops annually. During that time, 87.6 percent of individuals stopped weren’t convicted of anything, according to the New York Civil Liberties Union.

During that time, many were critical of the policy, claiming it unfairly targeted minorities. Albert O’Leary, a spokesman for a police union, accused NYPD of imposing stop-and-frisk quotas on officers, which NYPD denied. The number of terry stops in New York City has since declined drastically.

A controversial new policy in Topeka, Kansas is requiring drivers to keep their hands on the steering wheel when pulled over by police. The purpose is to give police extra time to react if someone reaches for a gun. Some citizens are outraged by the new policy.

Now more than ever, it’s important to know your rights when dealing with police. Hupy and Abraham is offering a FREE “Rules for Dealing With Police” card for people to reference.