New Film "Why We Ride" Debuts in Orlando, Florida 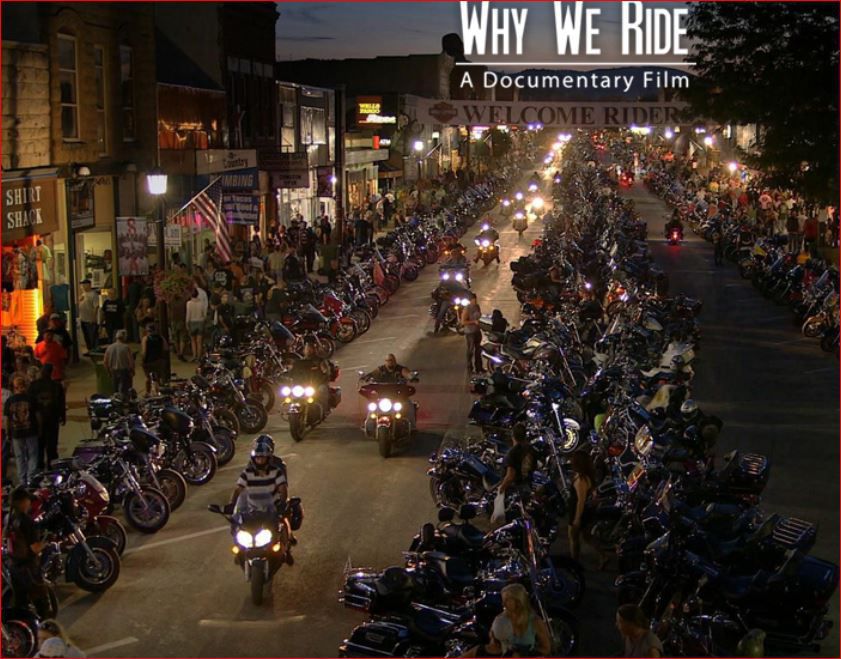 A new film had a premier showing in Orlando, Florida during the MSF International Motorcycle Safety Conference on October 17, 2013. Actually, this was the first East Coast showing of the independent film, "Why We Ride".

This is a glorious celebration of motorcycles and the people who ride them.  The talented team of producers, writers, directors and photographers who created this project refused to accept any sponsorships, instead independently financing the film to ensure creative integrity while avoiding any favoritism or brand partiality. This is what they say about their film: Why We Ride is a story about who we are. Individuals with a desire to dream, discover and explore. Seeking a life outside our daily confinements and sharing those moments together. It’s a story about the journey, not the destination. Motorcycles represent the milestones of our lives. From a kid’s dream come true, to a retiree’s return to freedom. From a family riding together on the sand dunes, to hundreds of choppers carving through the canyons – the bond is the same. It’s about the passion of the riders and the soul of their machines. Your senses will heighten as the world rushes in, your heart will beat to the pulse of the engine, and your mind will race and set you free. Once you let a motorcycle into your life, it will change you forever.

Anyone who rides will immediately identify with the riders who are featured in this film while non-riders will get the closest representation of what being a rider is.  The film has many recognizable figures in the motorcycle and racing community, including Laura Klock, Gloria Struck, Michael Lichter and Christine Paige-Diers.

The producers say there will be a limited release of the film to theaters in November followed by DVD, Blue-ray and digital streaming for downloads coming later in the year. You can sign up for email alerts on the film's web page for more information about where the film is showing and release dates of the DVD. You can also view a trailer of the movie there.

Vicki Sanfelipo, Founder and Director of Accident Scene Management was at the MSF International Motorcycle Safety Conference at the Orange County Expo and saw the film. She says this is a must see for anyone who rides a motorcycle.  She noted that in one sequence showing famed photographer Michael Lichter, in his backward seat position on someone's motorcycle, the Hupy and Abraham, S.C. Watch for Motorcycles sticker is prominently displayed on the bike as Lichter photographs from his famous perch.

Read More About New Film "Why We Ride" Debuts in Orlando, Florida...