Motorcycle riders, especially club members, are being subjected to continued profiling abuses at the hands of certain law enforcement agencies, both local and federal. 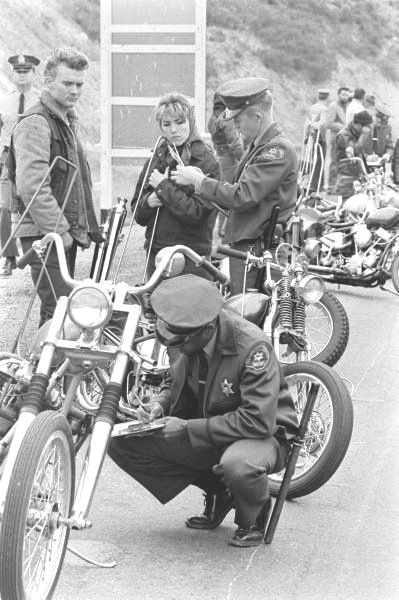 Merely riding a motorcycle is not sufficient to establish any probable cause that the rider has committed or is about to commit a crime, yet some police continue to disregard that fact and detain riders, presumably because of their clothing, affiliation or mode of transportation. Recently, another occurence of profiling took place in Idaho.

David “Double D” Devereaux is the spokesperson for the Washington State Confederation of Clubs and US Defenders, and was instrumental in getting anti-motorcycle profiling legislation passed in Washington. He will be a guest on Vicki Sanfelipo’s blog-talk radio show, Inside Scoop by Spitfire, on Tuesday, December 1. You can listen live at 3:00 pm Central time, or at your leisure after the show is posted in her archives list (usually an hour after the live show).

Any time there is an occurrence of motorcycle profiling, it should be reported to the Motorcycle Profiling Project.