The Motorcycle Riders Foundation (MRF) put out a call to action concerning motorcycle only checkpoints. 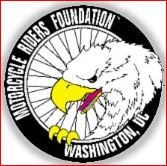 On February 12th, Congressman James F Sensenbrenner (R-WI) circulated a “dear colleague” letter to inform his fellow members of the House of Representatives that he will be soon introducing legislation to end the federal funding of motorcycle only roadside checkpoints. 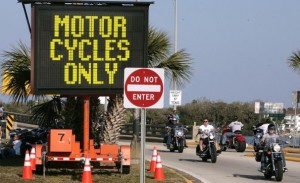 Currently, the federal government can and has supplied cash to states to conduct mandatory motorcycle only checkpoints. This legislation, which will be known as H.R. 1861, would put an end to that. In the letter Sensenbrenner states, “I will be reintroducing H.R. 1861, the Stop Motorcycle Checkpoint Funding Act, to protect motorcyclists’ rights and promote crash prevention as the most effective use of taxpayer money to save motorcyclists’ lives.”

The Motorcycle Riders Foundation (MRF), along with ABATE of Wisconsin met with Sensenbrenner earlier this week to discuss this important matter. The MRF obviously strongly opposes this sort of motorcyclist discrimination. “Pulling law abiding motorcyclists off the road does not make anyone safer, is a waste of taxpayer money, and is law enforcement harassment at its worst,” said Jeff Hennie, Vice President for Government Relations and Public Affairs for the MRF.

The MRF urges you to contact your Representative in Congress and ask them to join in support of this important legislation as an original cosponsor. You can reach the capitol switchboard at 202-224-3121 and you can find the name of your Representative here: http://www.house.gov/representatives/find/. It is important to gather as many cosponsors as possible to ensure passage of H.R. 1861.

The American Motorcyclist Association is also urging you to contact your representative to ask him or her to become a cosponsor of this bill.