I was up early and at the starting line and saw Class 1 competitor, #13, Dean Bordigioni. Dean suffered a devastating one-point penalty for a ½ mile tow during Stage 10. That tow cost him the top spot on the leader board. There is much controversy over the penalty assessment and the mood this morning was tense. The weather is also causing some tension as rider’s scraped frost from their motorcycle seats.  Frigid overnight temperatures dropped into the low 30s. Today’s route takes competitors across 232 miles of various grades of highway, from William, AZ to Lake Havasu City, AZ, with elevations of 400 to 7,000 feet. There were only 64 riders starting today. 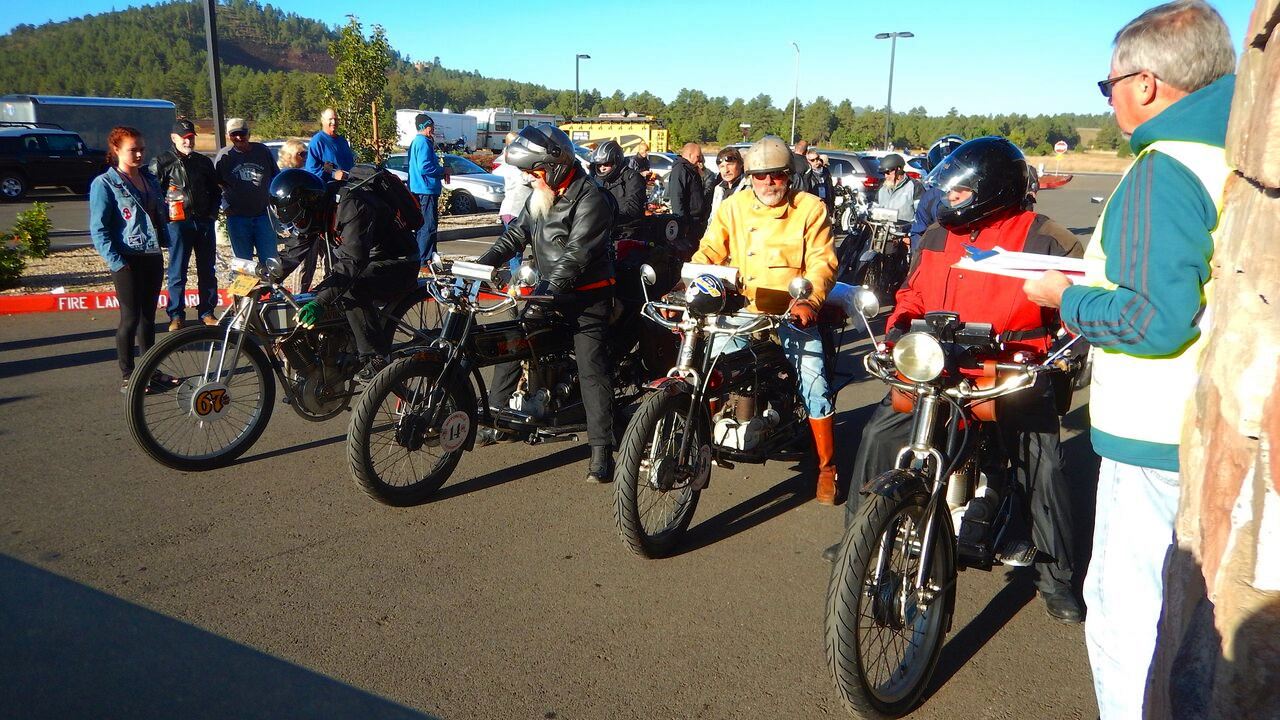 Much of our route today was on the historic Route 66. Riders had fun stopping for pictures and chatting with the many tourists who travel that route. The cool dry weather started out making riders pretty uncomfortable but with no clouds in the sky the sun quickly warmed things up.  The red tinged rock transgressed to brown rugged dirt, with sagebrush providing the only green to be seen. We were in the dry arid high country desert. I wondered how the early pioneers of mechanized travel handled these roads at the turn of the century, when they were nothing more than dirt trails.  I watched for riders stopped alongside the road and was continuously fooled by mailboxes or posts that appeared to be people from a distance.

Our hosted lunch stop at Mother Road Harley-Davidson in Kingman, AZ was welcome.  Apparently, they did a great job of advertising and there was a large crowd of people to greet the Cannonball Riders.  The bikes were parked and on display and everyone enjoyed the Mexican Style lunch that was served. Riders left with full stomachs and smiles on their faces. 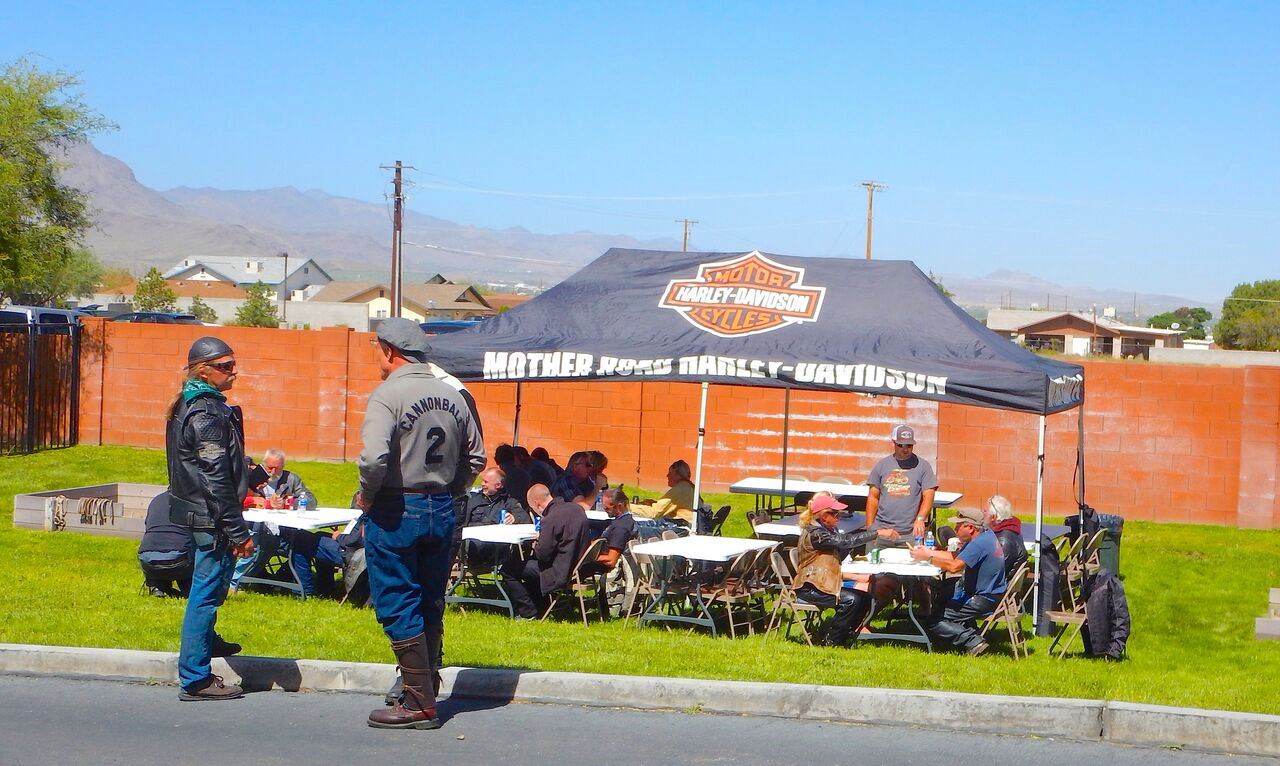 Paul d ’Orleans and Susan were there taking photographs, to be processed in the tin- type style.  After lunch, the riders left on a dusty back road to avoid traffic. There was a long decent from the high desert to Bullhead City, where the temperature soared to 91 degrees. Traffic could not be avoided and the riders were happy to know the ride was almost over for the day.

Soon, my ear-bud signaled a cellphone call, and I answered to hear, “Rider down.” A dune buggy driver had pulled out in front of a bike about 20 minutes ahead of me. I headed over to find the rider had been transported but the police were still working the scene. The rider ended up being sore but was released with only a few minor injuries. The bike? Not so lucky. Friends and family were relieved. It could have been worse.  Stage 13 is done and there are only two days to go to the finish. There are 18 perfect scores to date, with Frank Westfall from New York leading on his Class 2, 1912 Henderson. For more information about stats, visit the official Cannonball link below. 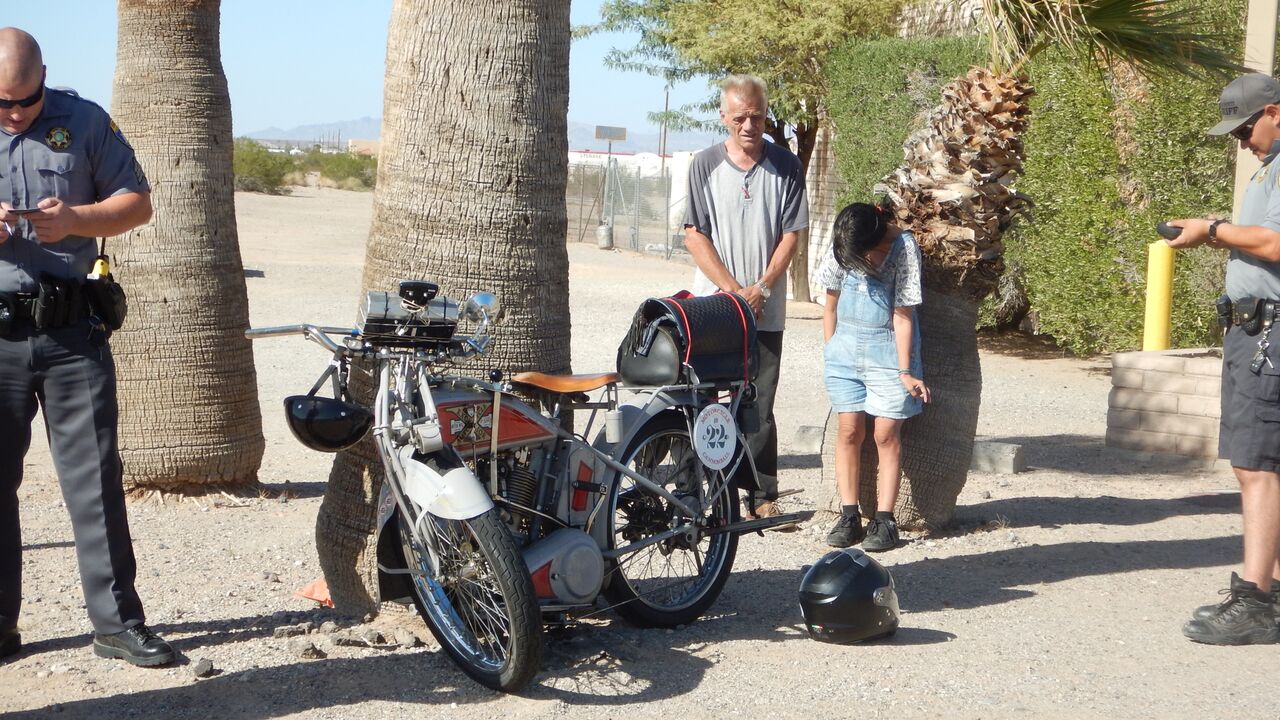 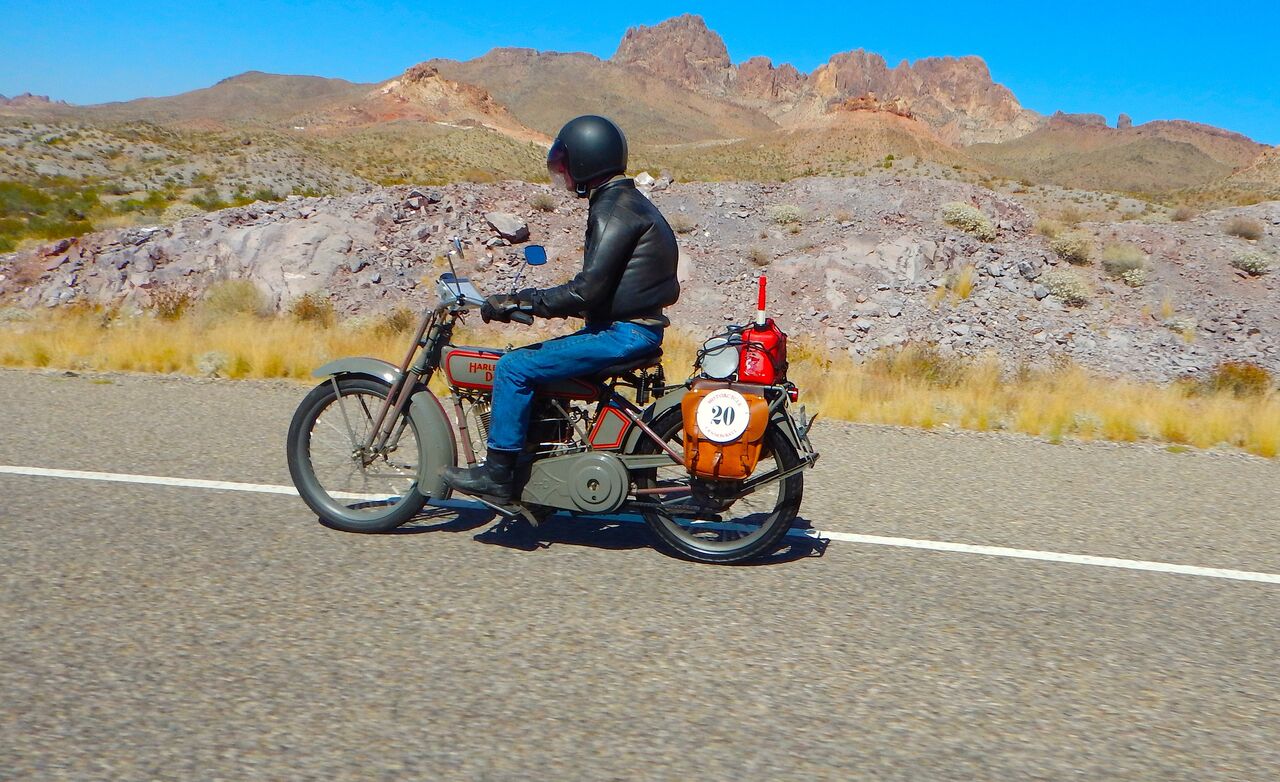