The physical and mechanical demands of the Cannonball were apparent as the riders lined up to head out for yet another day. Only four days are left of this test of man and machine. Today the group is looking forward to a break in the riding as they visit the south rim of the Grand Canyon for lunch and sightseeing. After several days of riding in excess of 250 miles, the prospect of a 195 mile day is welcome. 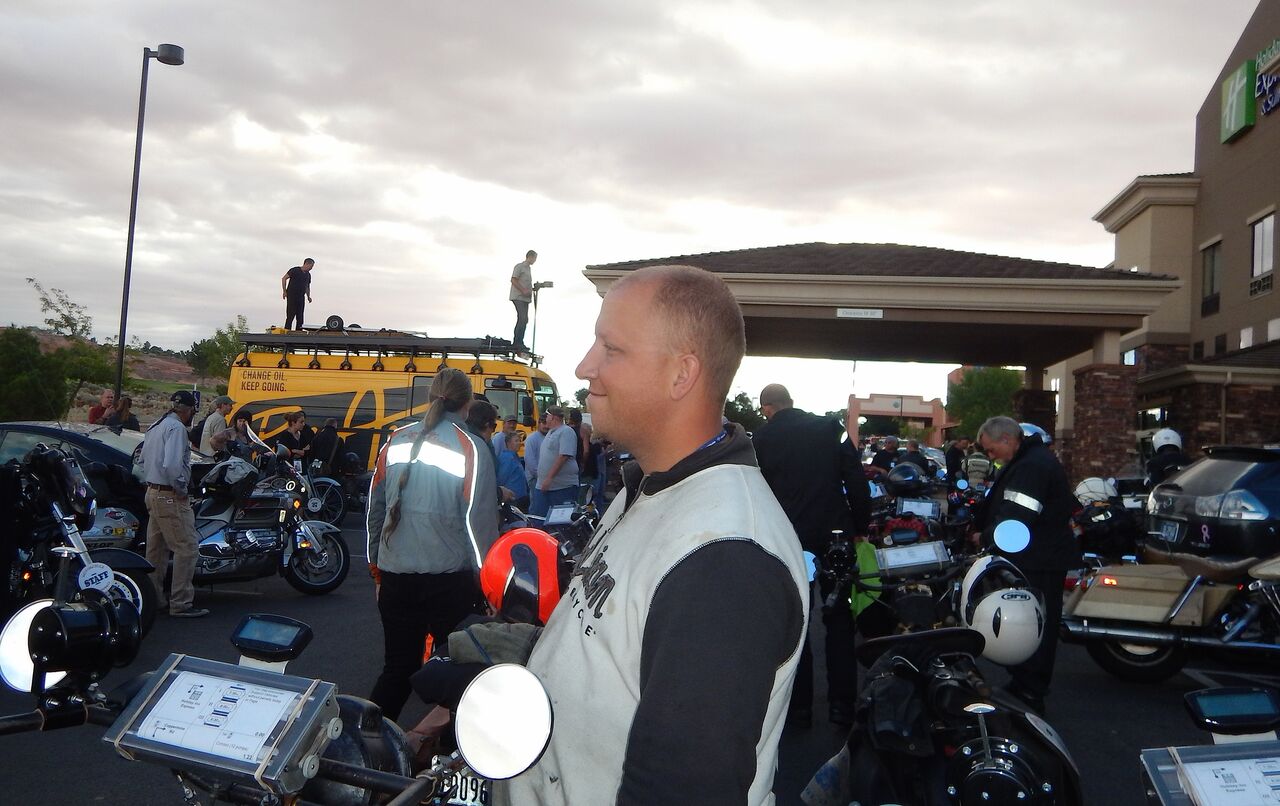 Whispers of rain and high winds dampened the mood of the 67 riders, including all Class 1 riders, who readied their bikes to depart at their scheduled times. The road out of Page was cluttered with bikes pulled over to cool their engines during the long climb up the mountain.  Riders pedaled and pushed their machines to the top on the way to the first gas stop, 46 miles away.

#97, Kevin Naser, who parked next to me at the start, had an “In Memory of Kelly Naser” sign on his bike. I asked about Kelly and he told me his 28 year old son had died in a crash. We shared a moment and I told him my 37year old daughter passed this June and her last trip with her friends had been to the Grand Canyon in November, 2015. 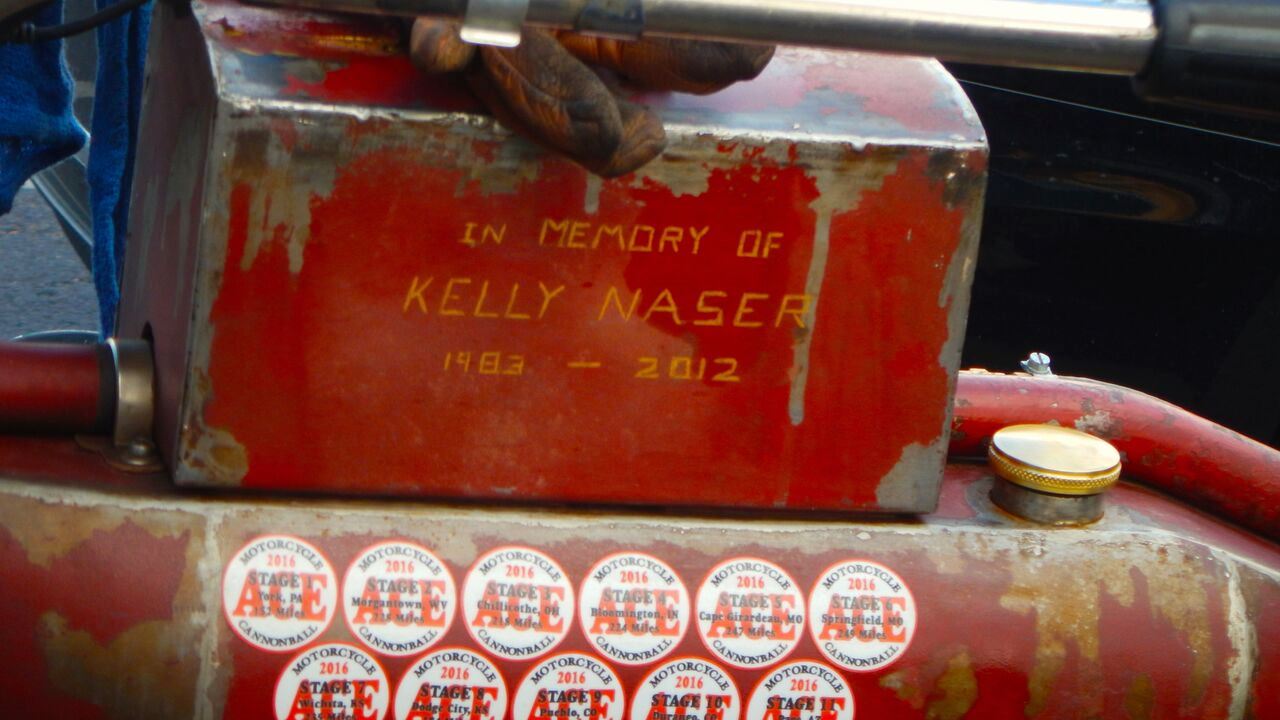 I found Kevin at the gas station teaching a little boy and his grandpa how to play a little flute that it appeared Kevin had picked up for them. A camper full of girls from Los Angeles pulled in and they were delighted to meet the riders, especially Yoshi, #80. Finally everyone headed out across a flat long desert road toward the Grand Canyon. I passed #3, Buck Carson who had been working for days to get his BSA going and get back out on the course. Whoo Hoo!

As we neared the park we could see the rain coming. The dense fog hung over the canyon making it impossible to see the huge crater. Disappointed, riders motored on through the park hoping to get some lunch while others continued to the hotels in Williams, AZ. In order to stay behind and support the group I hung out at the Visitor Center Area at Mather Point. To my delight, the sun came out and the Grand Canyon revealed itself. I came across two Cannonball Crew members who had lingered here but the riders had all moved on.  At 2:30 pm I headed out hoping to catch up with a few people on my trek to Williams, which was only 60 miles away. 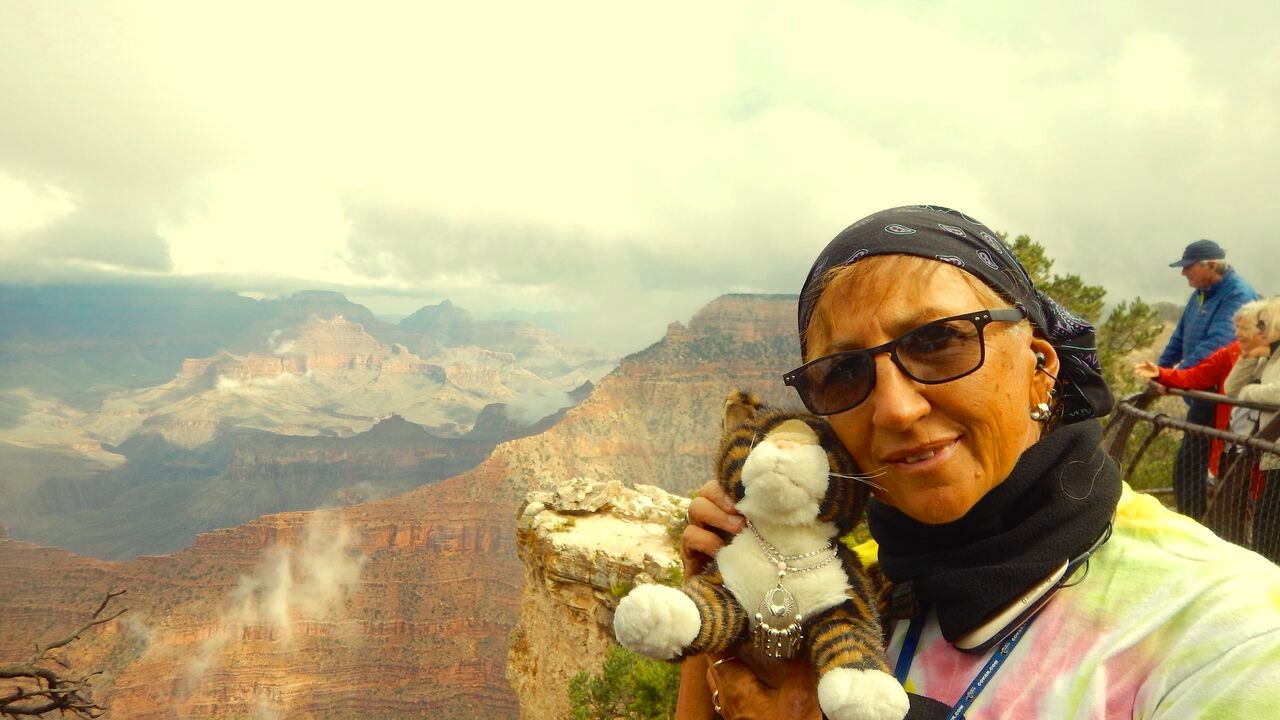 The first rider I pulled up to check on was #109, Alex Trepanier.   His single speed, 1912 Indian, had lost 10 spokes on the rear tire and he felt it was no longer safe to keep going. He grabbed a white towel and flagged a couple of the other riders in to consult with them.

As I continued I passed a few more riders with various mechanical problems.  There was no more rain and the air had cooled substantially, with ferocious wind. The riders were struggling to keep their bikes going in a straight line. I came upon #77, Richard Asprey, riding his 1915 Norton. The front sprocket had stripped and he was desperately trying to squeeze out seven more miles to the day’s finish. He had a perfect score up to this, and I could see why he didn’t want to use the chase truck which was close behind.

A friend in a sidecar pulled up and tried to help him to no avail. He sadly accepted the tow. He dropped from 7th place to 21st place.We rolled into Williams along Route 66, our ending location for the day. The parking lot was busy as the riders prepared for the last three days of the Cannonball. Disappointments over the weather and exhaustion have set in. The brewery next door was busy serving food and beer, but with first riders leaving at 7:15 am, I don’t think many are going to linger too long.  Another short day is on tap tomorrow as we head for Lake Havasu on the California, Arizona border. Meanwhile, check the link below for the standings of each rider up to today's stage 12. 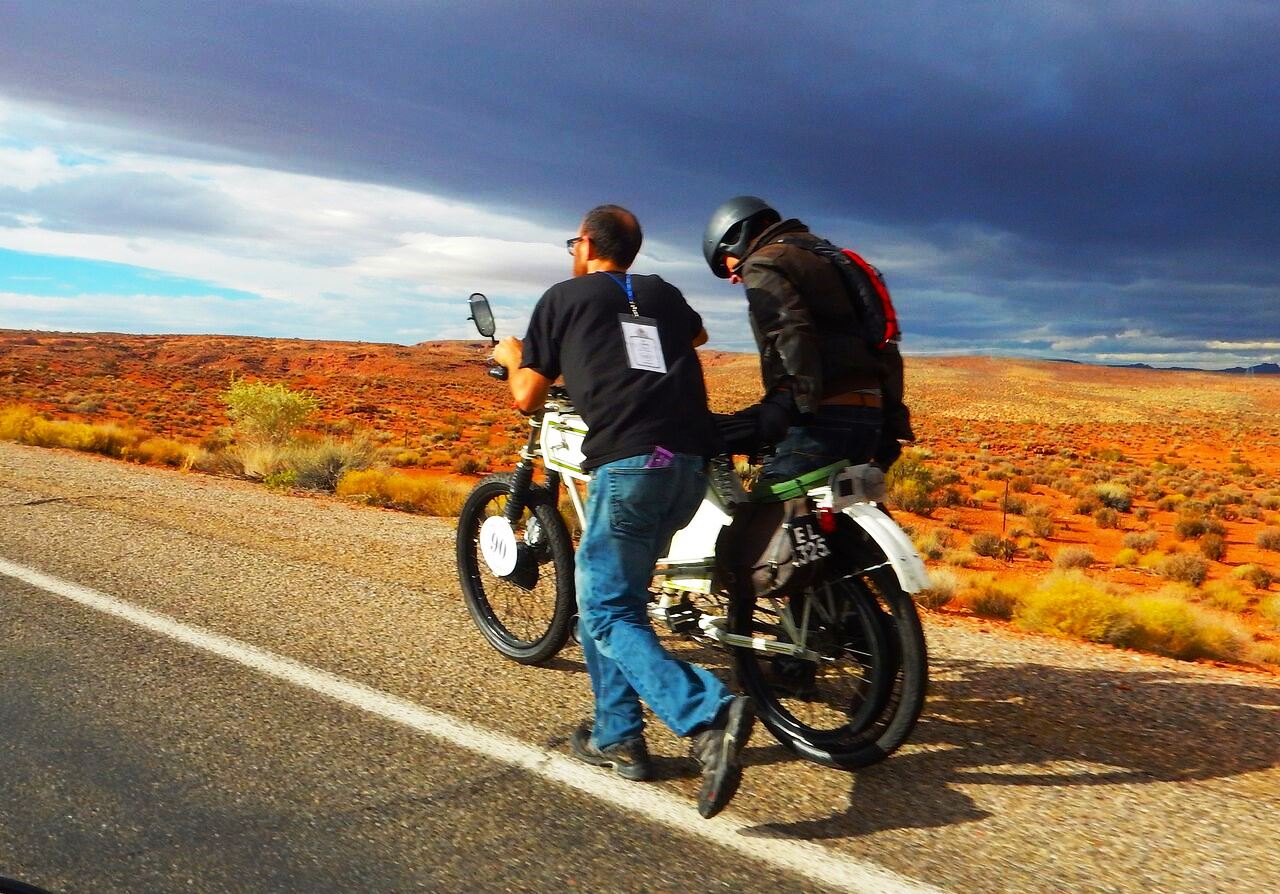 Read More About Motorcycle Cannonball Stage 12: Not so Grand View...