Mama Tried Flat Out Friday: where the rubber meets the syrup 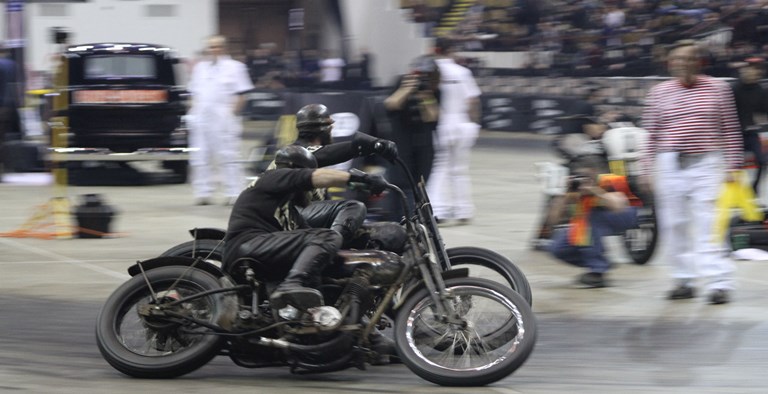 Premiering in 2015, Mama Tried is a viewing adventure for the connoisseur of motorcycles as art. Building on the success of last year’s show and the enthusiasm of the patrons of this fine exhibition, the administrators of Mama Tried added indoor flat track racing to the venue for 2016.  Indoor is probably a good idea for an event in Wisconsin in February, although this has been a milder winter than usual. When you had a new event launch as successfully as last year’s Mama Tried did, word traveled quickly in the motorcycle community, and adding flat track racing was a brilliant move to enhance the weekend experience for everyone involved.

Friday, February 19 was billed as Flat Out Friday. The Mama Tried crew took over the UW Panthers Arena, which traditionally hosts UW Panther’s NCAA basketball, Milwaukee Bonecrushers CISL football, or Milwaukee Wave NISL soccer games. For Mama Tried, the center of the arena was turned into a flat track race course. To insure the motorcycle tires would have traction on the cement floors, syrup used in the production of Dr. Pepper soda was administered in a generous proportion. 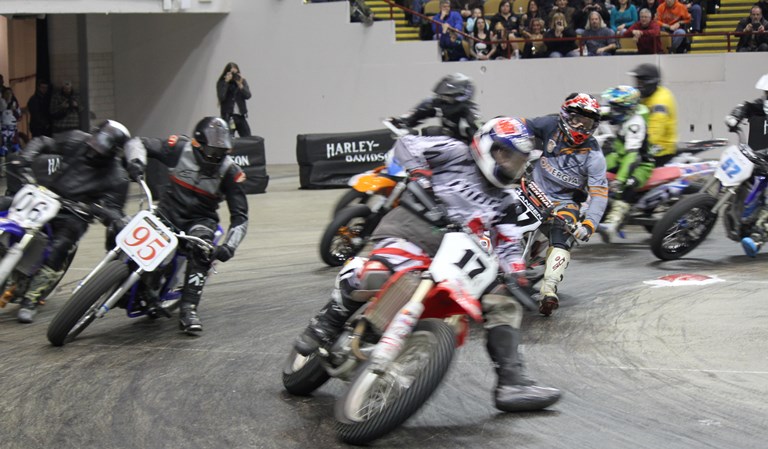 Competitive riders came from all over America, and one participant journeyed all the way from Tokyo, Japan to try out the sticky oval.  The crowd started showing up at 5:00pm to watch practice before the qualifying heats began. By the time the semi-qualifying heats started, attendance had grown to about 6,000 spectators. All classes of racers were filled, which included the Four Stroke Brakeless Class, 85cc Youth Class, Open Amateur, Open Vintage, Open Pro, and two exceptionally entertaining classes, the Hooligan Riders and the Goofball/Inappropriate Riders. 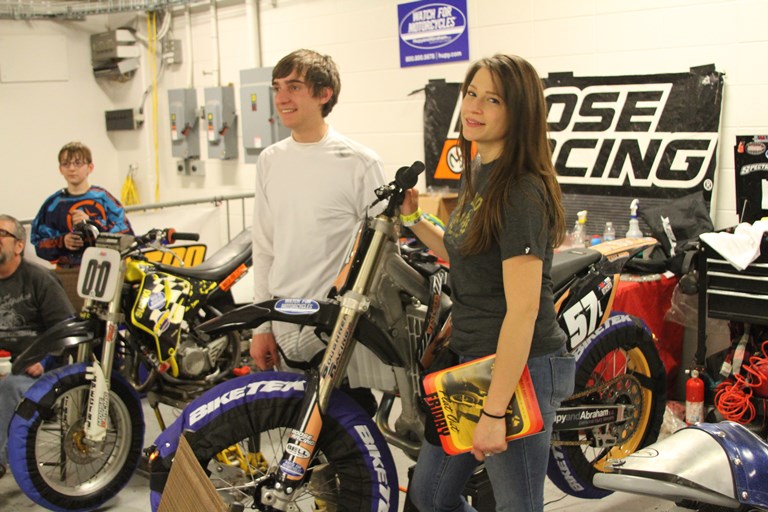 The acoustic bombardment accompanied by the haze of a hydrocarbon enriched atmosphere added to the excitement as onlookers watched the dizzying spectacle of motorcycles circling the small oval track at lean angles that would seem impossible to maintain tire traction, sans Dr. Pepper syrup.  In fact, several riders found themselves caressing the safety buffers in Turn One, while a few others found the sticky track too much for their front tires, causing some mishaps coming out of Turn Three.

It all made for an exciting evening of fun before the Saturday exhibition of motorcycles in a warehouse just south of the downtown area of Milwaukee. The story of the Mama tried Bike Show will appear in an upcoming edition of Current News for riders.