Is it Profiling or Constituent Representation? 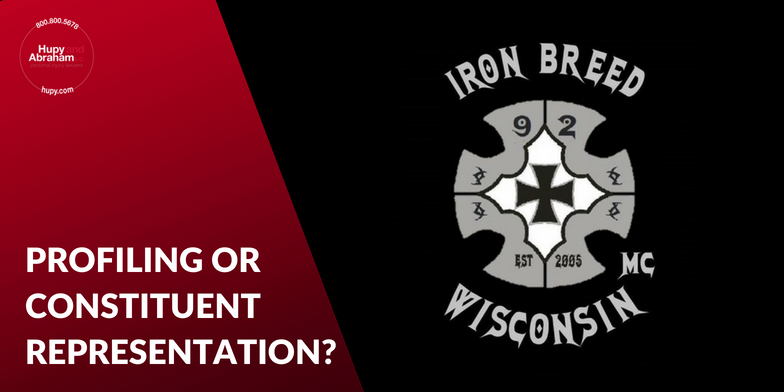 Did “Sons of Anarchy” influence the citizens of Cudahy?

The fictional TV series, “Sons of Anarchy,” continues to have a negative effect on the minds of the non-biking community. Promoting the fallacious image of bikers roaring through town, guns blazing, saddle bags packed with illegal drugs, revenge murders and more, unscrupulous producers continue the myth that motorcycle clubs are criminal organizations.

None of the above misconceptions were hurtled at a local southside motorcycle club, the Iron Breed, but the stigma of a sub-culture of violence prevalent in the stereotypical portrayal of motorcyclists hung heavy in the air at a Cudahy planning commission hearing recently.

The Iron Breed MC is a club based in southeast Wisconsin. As most clubs do, the Iron Breed participates in many charitable events in its community and promotes a few such events itself. The club faced difficulty in securing a location to act as its home, affectionately called a clubhouse in the jargon of the biker.  South Milwaukee provided a location for the club’s previous base of operations. After four years residence, the club was evicted by the landlord of the property, not because of anything the club did but because the landlord fell behind in tax payments for the property.

During the May 8 hearing before the planning commission, several area residents spoke in opposition of the club taking up residency at 5156 S. Packard Ave.  Two residents continually assured those present at the hearing that they had nothing against the club but had issues with one of its members. Those complaints were entered into the record although they had no substantive value to the issue at hand; one member’s actions, separate from anything related to the club, do not and should not reflect on the club.

There was a steady line of dozens of supporters of the club coming forth to ask the commissioners to grant the occupancy request.

It was reported by an alderman who spoke that he received numerous calls from residents opposing the conditional use of the building. As a matter of fact, conditional use was not brought up until late into the hearing, so residents could not have objected to conditional use before the hearing, they could only object to the club moving in. The alderman never mentioned what number of complaints constituted “numerous.”

Mayor John Hohenfeldt, who chaired the hearing, read some digital correspondence he received concerning the Iron Breed, in which seven area residents were in favor of the Breed and four were against them moving into the neighborhood.

There was no clear indication of overwhelming opposition to the club’s plans to occupy the building on south Packard Avenue, although there was an overwhelming show of support for the club at the Tuesday night hearing. So what concerns were the commission members dealing with? There were some obscure complaints in a report from South Milwaukee City Attorney Chris Smith. His office cited the club several years ago for violating a city ordinance governing private clubs.  He handed out two $200 citations, one to the club member living at the address and one to the landlord. Both were dismissed pending no further complaints of violations. One year later to the date, another citation was issued for the same offense. It seems club members gathered at the residence to form a group ride to a bike blessing in Oak Creek. Police observing the gathering reported the incident to Smith, who advised to cite them for engaging in an event at the property in violation of their residency permit.  Both times the club was cited in error, because there was no event other than meeting to group-ride to another club’s event.

The one thing that came up several times in testimony from residents and from commission members was the concern of noise issues with the motorcycles. It’s somewhat dumbfounding of a complaint, since the building in question is directly across the street from ATI Ladish, a foundry that forges parts for jet engines and aerospace applications. In addition, the area is in the flight zones of General Mitchell International Airport. The club purposely stated it would only park motorcycles on Packard Avenue, instead of in the rear parking lot of the building, in consideration of the neighbors behind the property. It’s unlikely the noise from motorcycles parking or exiting the area would be more disturbing than the constant noise of the foundry’s counter-blow hammers or presses working three shifts daily or the continued fly-over by jets from the airport.

In fact, in all the negative reports from South Milwaukee, not one mention was made of any noise complaints attributed to the club.

Finally, near the end of the over two-hour long meeting, one of the commissioners brought up the idea of a conditional use permit. Under such a plan, the club could take up residency with certain restrictions. Any violations during the time limit of the conditional use permit could result in voiding the residency permit. This seemed like a fair and equitable way to move forward, since noise seemed to be the determining factor and commissioners stated numerous times that they had nothing against the club or any of its members.

When the vote was cast, commissioners Zsebe, Gates and Nelson were in favor of giving the club a chance. No votes came from commissioners Savagian, Moralez, St. Marie-Boelkow, and Mayor Hohenfeldt.

What was surprising was commissioner St. Marie-Boelkow, who voted no, works for Harley-Davidson, prided herself as being a motorcyclist (although she doesn’t ride), and only had concerns about noise. She stated she had nothing against the club several times but had to speak for her constituents. She never said how many complaints she received and as a “motorcyclist” working for the biker-friendly motor company, she could have easily voted in favor of the conditional use permit, giving the bikers fair chance to prove themselves good neighbors. Instead, she chose to vote negative.

The commissioners can claim no bias, no profiling issues, no preconceived notions of what this club is all about. To someone who deals with these types of prejudices every day in the biker community, I have a hard time believing anything they said that night. From the beginning, it was apparent that they were determined to deny the request for occupancy. It was heartening to see three of them change during the evenings testimony, but in the end, the predictable outcome became reality.

Read More About Is it Profiling or Constituent Representation?...