Illegal Police Profiling of Riders Continues to Be a Problem

Are motorcyclists the victims of discriminatory profiling practices? 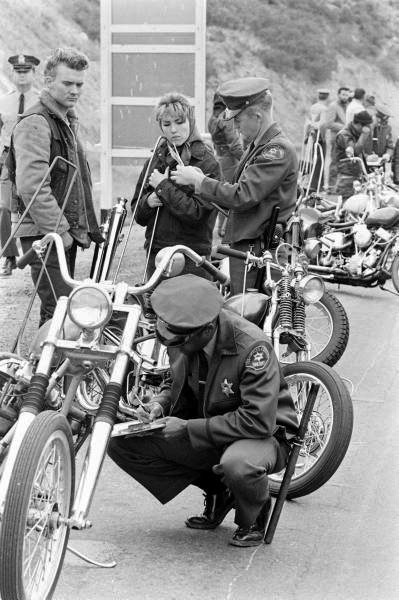 Most motorcycle club members can answer to the affirmative, yet other motorcyclists seem to think it’s an isolated condition based on suspicion of criminal activity.  The motorcyclist’s rights community thinks differently. In fact, at the urging of most states’ rights organizations, the Motorcycle Riders Foundation (MRF) has requested assistance on the federal level, and that relief comes in the form of a bill presented in May 2017 that defines the practice of motorcycle profiling and expresses the sentiments of the U.S. Senate and House of Representatives on the issue of motorcycle profiling.  Additionally, the bill promotes increased public awareness on the issue and encourages collaboration, education and training for the motorcycle and law enforcement communities in order to end instances of profiling.

Even with that, as late as July 2017, the Motorcycle Profiling Project (MPP) responded to actions by the police department in San Marcos, Texas, whereby authorities were coercing bars and restaurants to employ a “no colors” directive aimed at motorcycle clubs.

A person’s right to wear the clothing of his choice, as well as his right to belong to any club or organization of his choice is constitutionally protected.  It has been a practice of authorities to cite public safety as a reason to ban the wearing of motorcycle colors and coerce private enterprise to engage in this discriminatory practice of protecting the public from “gangs.” 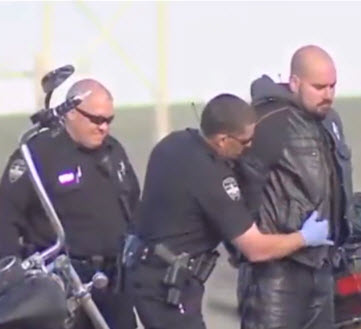 The Federal Appeals Court has rejected the government’s gang argument and concluded generalizations were insufficient, explaining that a total ban on expressive activity is an unreasonable means of preserving a safe environment.

The San Marcos Police Department’s attempt to ban all motorcycle colors is overly broad and not based on a reasonable threat.  This is supported by arguments offered in Healy v. James, 408 U.S. 169, 185-86 (1972), whereby the court said there is “no evidence that by merely wearing [motorcycle club] colors, an individual is involved in or associated with the alleged violent or criminal activity of other [motorcycle club] members.”  It is a fundamental principle that the government may not impose restrictions on an individual merely because an individual belongs to a group, some members of which committed acts of violence.

Evidently, the MPP complaint attracted the attention of local San Marcos TV station KXAN. After reporting about the police recommendations to private business owners, the City of San Marcos issued the following statement: “A San Marcos police officer gave well-intentioned advice to some local business owners in response to incidents that took place at their establishments. While-well meaning, some of that advice is not in line with the policies of the San Marcos Police Department. In fact, the San Marcos Police Department has a policy against profiling and discrimination. Our department is here to serve and assist the entire community, which includes both business owners and their patrons. We are sometimes called upon to assist in situations that may arise at a business and in some cases to assist when a person is criminally trespassing. We also support the rights of people to peaceably assemble regardless of their appearance, clothing or affiliation with any group. Our downtown and our entire community welcome all law-abiding citizens and visitors.”

The work of the MPP has put decision-making back in the hands of private enterprise, compelling the city and the San Marcos Police Department to clarify the rights of everyone.