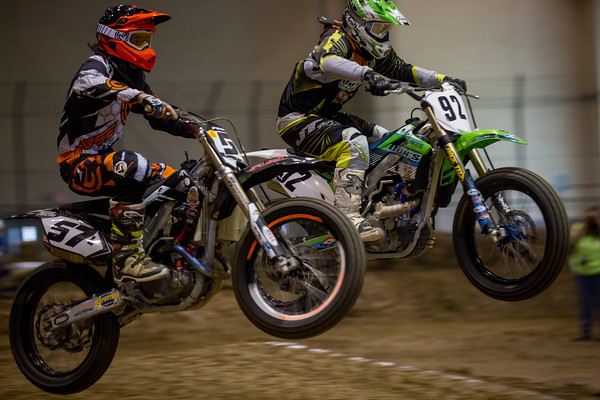 At Hupy and Abraham, S.C., we strive to give back to the community in a variety of ways. Recently we’ve had the pleasure of extending support into another kind of community, the racing world. Starting in January 2016, Hupy and Abraham, S.C. are proud to announce the annual sponsorship of local Flat Track champions Parker Lange and Brady Lange. 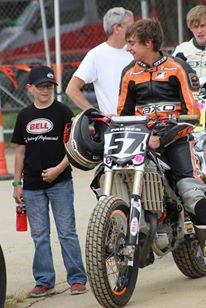 nd Brady Lange are Wisconsin-based Flat Track racers with impressive histories and bright futures. The Lange brothers started riding at a young age, following in the racing footsteps of their father, Roger Lange. Both riders credit their family for not only encouraging them to pursue an interest in motorsports, but also for teaching them to maintain humility and respect while doing so, “We try to instill in our family to be humble about your successes, and to learn from your mistakes.  It can only get better.” said Joanne and Roger Lange, the boys’ parents.

Those values have been paying off as both Brady and Parker continue to compete and win.  Parker (age 17) runs 40-45 races per year, and intends to pursue pro and expert level racing after high school, graduating next summer. Having trained at American Supercamp and currently riding a 2009 Honda CRF 450, he is well on track with career highlights including: the 2011 AMA District 1 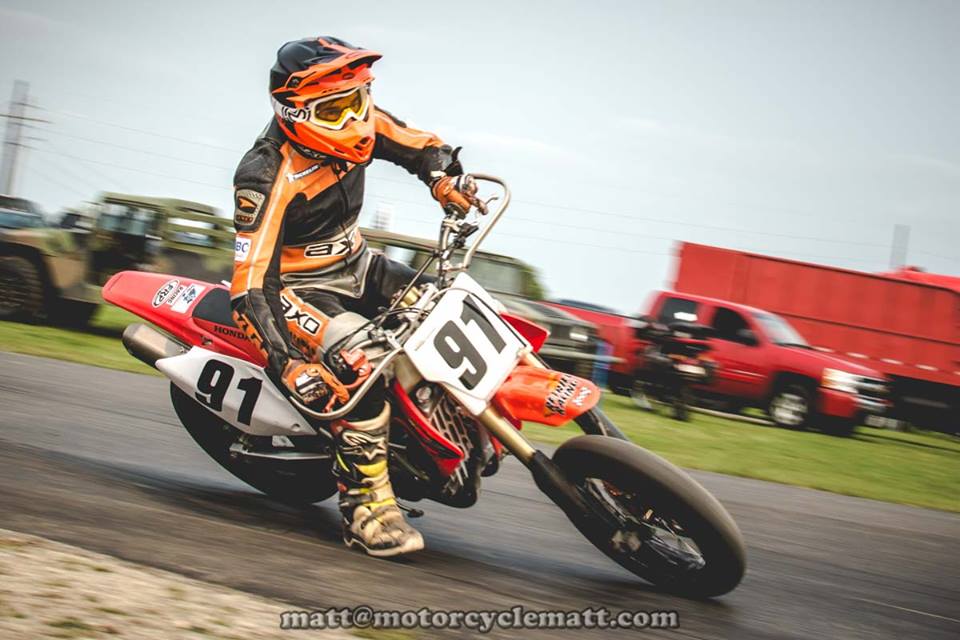 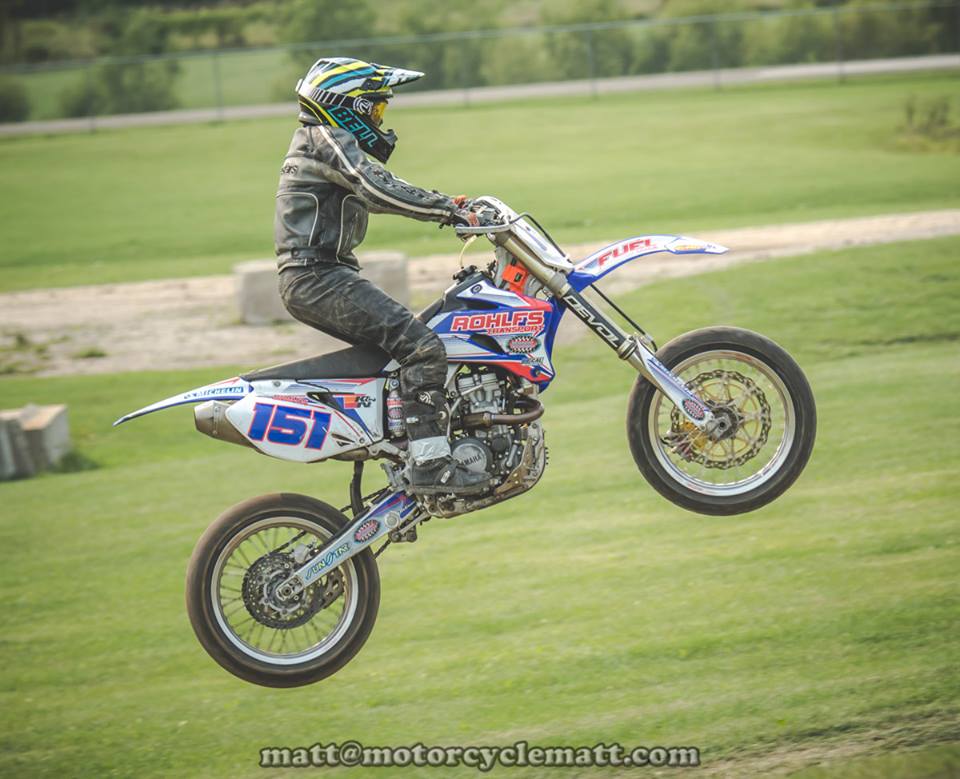 egan riding at the age of 4. He currently rides a 2004 Suzuki RM 85 and competes in the AMA District 16 Flat Track 85cc and select 250cc classes with his 2000 Honda CR 250. Brady may be young, but he has multiple seasons and victories under his belt, including taking the 2012, 2013, and 2014 AMA District 16 Flat Track 85cc Championships, the 2011 and  2012 Flat Track 65cc Championships, and the 2010 and  2011 50cc Flat Track 4-Stroke Championships. Brady credits his success to his mentors, including his parents, older sister and brother, and the nationally renowned racing veterans that coach them both. 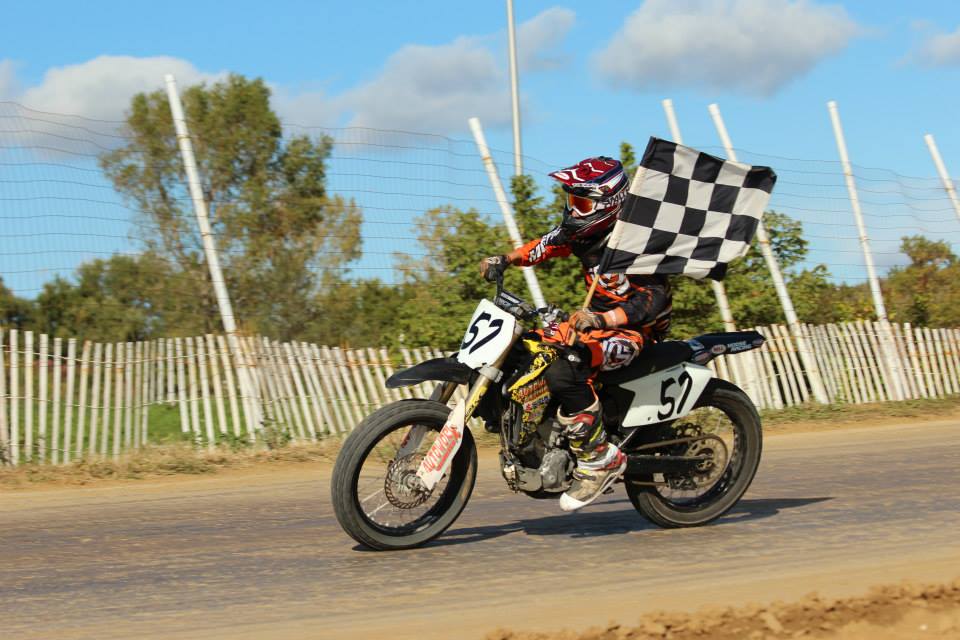 They also competed for the first time at the Amateur Nationals in DuQuoin, IL this past July.  Parker and Brady both finished 4th overall in the Open Singles class and 85cc Mod class. Both boys were featured several times throughout their racing careers in the Cycle USA magazine as well as their local newspaper. 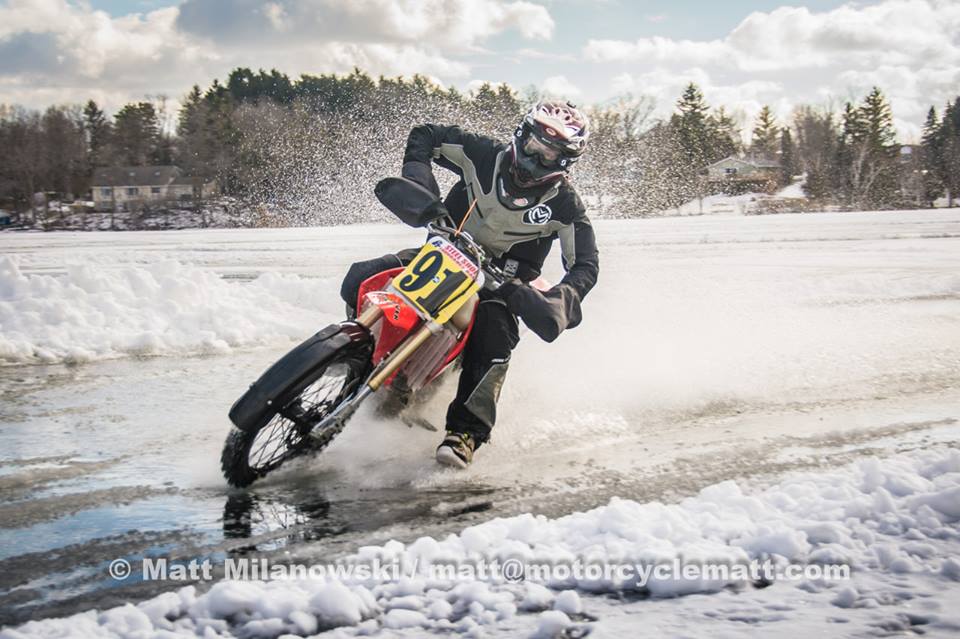 When not on the track, the boys enjoy competing for fun with friends in everything from Supermoto to charity Motocross racing and Ice Racing. Hupy and Abraham, S.C. are proud to join a long list of official sponsors for the Lange brothers, including Bell Helmets, Moose Racing, Millennium Technologies, Spectro Oils and West Bend Harley Davidson. We’re excited to see the boys compete and have fun in the 2016 season, and to continue our multidecade commitment to support local riders and spread the motorcycle awareness message.